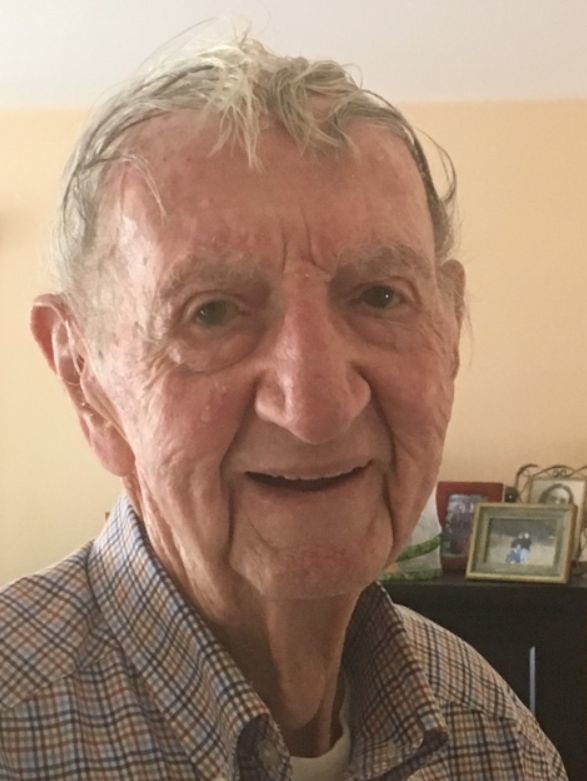 Ed was born on January 15, 1920 in Jersey City, NJ. He was the son of William and Elizabeth and brother to William Jr.

Edward proudly served in the U.S. Army during WWII where he reached the rank of Sergeant.  It was during this time that he met the love of his life, Mary Josephine “Josie” (nee Richardson).  They married in a small ceremony in England on May 10, 1945.  For 48 years, they stood be each other’s side and raised 6 children together. Later in life, they bought a Winnebago and joined the Alpha Roamer Camping Club where they made lifelong friends and shared many adventures together.  Ed worked for 37 years as a supervisor for NJ Bell before retiring in 1981. Edward was a member and Past Grand Knight of the Ridgefield Park Knights of Columbus Council 2229.

Ed was an gifted handyman, self-taught painter/sketcher/photographer, organ and guitar player and thoroughly enjoyed singing, right up to the end. Ed never lost his desire to learn and spent many hours on his computer doing “research”. This past June, at the age of 99, he sang in the Fox Hills Talent Show.