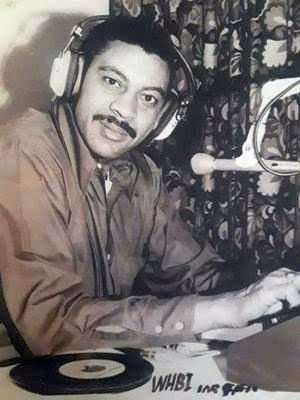 A Celebration of a Life Very Well Lived

Celebrating the Life of

Please join us as we honor the life of a very special man on his birthday, September 27th, from 6:30 - 9:30 pm with a Celebration of Life Service beginning at 7:30 pm.

Bill Hendricks (aka “Big Bill”) was born in Philadelphia, Pennsylvania, to Irene Hendricks of Halifax County, Virginia.  Bill would spend most of his formative years on his grandparents huge farm back in Virginia, surrounded by many extended family members.  Most of his days were spent with his adopted brother, a family cousin, Willie Dickerson, affectionately known as Lil Bill.  Many family photos include both of them simply enjoying the company of their dogs and multiple neighborhood friends.  Bill would go on to attend school up until 11th grade.  He would eventually enroll in the former Special Training School of Performing Arts in Newark, New Jersey where he would pursue his longtime interest in becoming a Singer.

Bill would then go on to do some modeling and TV commercials, as well as begin a career as a popular Disc Jockey for several Radio Stations between New York City and New Jersey including WNJR, WFHA and WHBI, to name a few.  A very charming and extremely handsome young man, he would become very popular and was known as “Mr. Personality” often doing weekly live shows.  He even hosted his own show known as “The Bill Hendricks Show” where he was honored and humbled to have had the opportunity to meet and interview many well-known celebrities, especially jazz musicians, as jazz was some of his favorite music.  This was the time in his life that he would eventually team up with his future business partner, Hilda Smith, aka “Misty Morn.”  And so begins a longtime friendship and mutual partnership for life.  They would host shows together, model together, and, both being born entertainers, decided to share their talents and creativity with others, in particular young children.  They opened up the Bal-zac & Misty Morn Studios of Performing Arts in East and West Orange, New Jersey; their goal was to share their love for the business (show business), to train and guide potential young artists, lead many kids toward future successful theatrical or dance careers, acting and commercial work, and serve as Talent Agents, while they themselves continued to develop and enhance their own skills, performing in shows in, around, and even out of town.  After a long successful stint of Performing Arts, they eventually opened up a Costume Shop in which they worked diligently and devotedly on crafting unique rentable costumes for every occasion, with Misty sewing and making costumes and Bill doing the artistic work, making the heads through Paper Mache.

Bill was an Artist in every sense of the word; he loved drawing, painting, acting, singing, and dancing.   He often sold his artwork as well as taught Art to young children attending Bal-zac and Misty Morn’s workshop classes at the Studios.  Never a quitter, in his later years, he would take lessons in keyboard/piano as he continued singing for pleasure.

While working at the Costume Shop, he founded Hendricks Tours, Inc.  Given his many years driving for Wagner Bus Tour Company, he knew he could fall back on this skill to help supplement their costume business.  Additionally, he would come to buy and own his own Limousine Co. as well. After an extensive time as a Charter Bus Driver, he was employed as a part-time School Bus Driver for the Morris School District where he was loved by many, especially the school coaches. He was looking forward to returning this fall. Always an Entrepreneur, determined to be self-sufficient, he would always find a way to succeed…by doing it his way!

Bill’s dear mother and forever friend preceded him in death in 1999.  After taking care of her until the end, he would go on to become caregiver for Lil Bill, and would watch out for his dear friends Misty and her husband, Leroy, until their departures.  He was a good person, and an even better friend who did not seem to know a stranger, and had a personality that was “larger than life” only surpassed by a heart ten times larger.  He was a devoted father, a proud grandfather, “an ideal father-in-law,” a good friend, and a kind-hearted, funny, decent unforgettable human being who touched the lives of more people than he could have ever imagined.

His presence, his smile, sense of humor, his statue, his genuineness, and zest for life will sorely be missed.

May you entertain the Angels up in heaven where we’re certain you’ll find a way to run the show! In lieu of flowers, the family requests donations to the Morris County American Cancer Society in his name.  Please share your favorite memory of Big Bill with us to treasure forever.