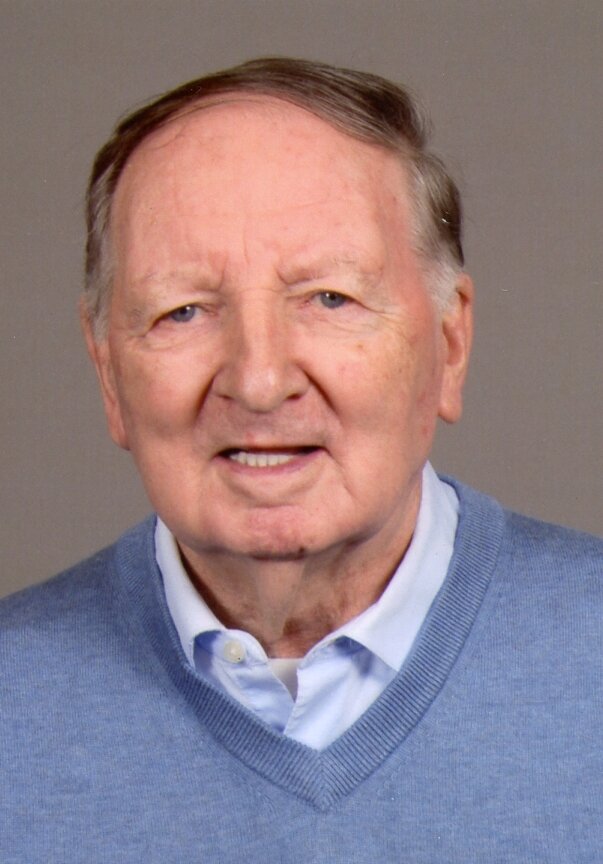 Obituary of Paul A. Leahy

Paul Anthony Leahy Sr. died peacefully on Wednesday, June 29, 2022, surrounded by his family.   He was 87 years old. Paul is survived by his daughter Kathie and husband Ken, daughter Maureen and partner Lorelei, son Paul Jr. and wife Tara, daughter Janine and partner Anthony, his seven grandchildren, Christopher and his wife Meghin, Kyle, Cody and fiancee Sara, Kaitlyn and husband Jeremy, Shauna, Andrew, Emily, great granddaughter Kayleigh, sister, Molly, sister-in-law Suzanne, brother-in-law Joe, and sister-in-law Nancy, his many nieces and nephews in the US as well as Ireland and England.   Paul was predeceased by his wife Valerie, the love of his life of 60 years, his daughter Christine, his eight brothers, Jack, Tommy, Paddy, Morty, Mickey, Larry, Noel, Francis and sister Jenny, his parents John and Kathleen as well as many other loved ones who passed before him.

Paul was born in Cappamore Ireland, County Limerick in 1935. He was one of eleven children and second to youngest.   Paul attended school through grade school while working as a farm hand for several families in the County.  Paul also worked for Cadbury in England and boxed as a welter weight for additional income.

Paul immigrated to the US via Canada in 1958 by sponsorship of his cousin, Patrick Boland.   Paul worked in construction for several years before becoming an Operating Engineer with Merchants.  Paul earned his black and blue seal in boiler and machinery and became a member of Local 68.   Paul also worked for A&S-Macy's/Federated Department stores until his retirement.

Paul met his wife Valerie in 1960 through her best friend, Patsy. They married in 1962.  They lived in Newark for several years before moving to Parsippany where they purchased their first and only home and raised their five children. Paul was a devout parishioner at St. Catherine of Siena in Mountain Lakes for over 50 years.

Paul was a very talented individual.  He had a beautiful singing voice and also played the accordion in a band, The Irish Country Boys. He was a talented musician who could play by ear.   Paul was also a good athlete, playing sports such as hurling and soccer as well as coaching local youth soccer for several years while his children were growing up. He also enjoyed a good walk around Lake Intervale.

Paul was a humble individual. He had a quiet demeanor, but he was quick witted with his one-liners.  He was always willing to tell a joke; however, he could never get to the punch line without hysterically laughing.  His silent laugh was contagious.  He was a gentle giant and always willing to lend a hand to anyone who needed it. He was a true example of a kindhearted and giving individual who loved and was loved very much by his family and friends. He was a true Irishman; quiet, stoic and proud.

Paul had many hobbies. He loved bird watching, building bird houses, doing cross word puzzles and regular puzzles, playing gin rummy with his kids and traveling with his wife and their group of friends. He also enjoyed a good cup of tea, cookies and relaxing in his yard. He also had a very friendly game of cat and mouse with the yard squirrels when they stole the bird seed from the bird feeders.  This went on for years and the squirrels always won.

Paul had so many wonderful qualities that exemplify who he was. The way he lived his life was an inspiration to many.  His legacy is in the examples that he taught his children and grandchildren.  His children and grandchildren live by these examples every day.  Like his wife Valerie, he also had a beautiful soul.  He is our original "big guy". He was a remarkable man who is and will be forever loved and forever missed.

Share Your Memory of
Paul
Upload Your Memory View All Memories
Be the first to upload a memory!
Share A Memory