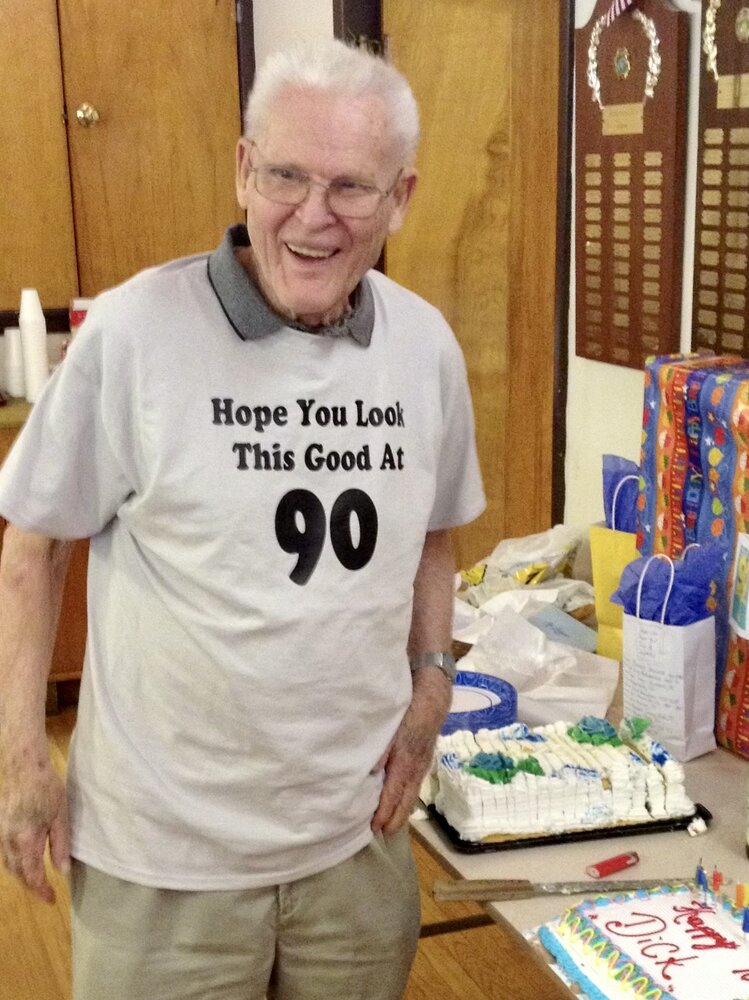 Dick was born on July 16, 1924, to the late Willis Wolcott Angus and the late Muriel Rowley Angus in New Brunswick, New Jersey. He graduated from Montclair Kimberley Academy in June 1943 and enlisted in the Army at Fort Dix in July of 1943. He served in the US Army on active duty during World War II from 1943-1946 in the 3rd Battalion Company “M” in the 101st infantry.  He was wounded and awarded the Purple Heart, Combat Infantryman's badge, two battle stars in Northern France and the Rhineland. He volunteered, served, and was an active member of the VFW.  He was a lifetime member and post commander from 2003- 2004.

Dick was preceded in death by his wife of 48 years, Helen Angus and younger brother Duncan Angus. Dick and Helen were married on June 9, 1951, and moved to Denville in 1955, where he would reside for the next 66 years.  During this time, they raised three children- Carl, Peter, and Robin in the wonderful community of Denville.

Wake Services will be held at Norman Dean Home for Services in Denville, NJ, on Wednesday, November 11, 2021, from 4-6 PM. A Funeral Service will begin at 6 pm.

During this season of Thanksgiving, donations in Dick's memory may be made to the Denville Food Pantry by way of www.inmemof.org

The family asks that those attending follow Covid 19 precautions, and we are strongly encouraging masks to be worn.