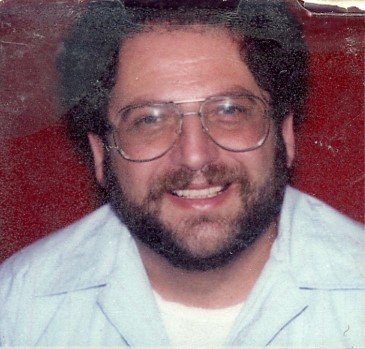 Print
Loading...
M
Mike and Barb Eckman posted a condolence
What can you say about your best friend, brother, and your children’s “Uncle Danny”. For over 45 years we were blessed with knowing Danny and will miss him dearly. Mike and Danny met in 1976 and developed one of those friendships that only come around once in a lifetime. If there is one memory that stands out above the rest it was from January 13,1979 the day that Mike and Barb first met. Mike and Danny were out hitting the “clubs” and were on the way home when Danny wanted to stop at one more club for just one more beer. Mike did not want to stop but Danny insisted. It was in that moment-in-time during that one more beer stop that Mike met the girl that would become his future wife. If not for Danny, we would never have met. Through the years we shared marriage, childbirth, joy and sorrow, vacations down the Jersey shore and many a holiday gathering. We developed a strong family bond. As you know, Danny was the ultimate storyteller, jokester and teaser, and we will miss those after dinner discussions where nothing was off limits that left us laughing so hard. While sitting in his office this morning reflecting on the many memories of Danny, there suddenly was a Cardinal outside the window just starring back at Mike. This lasted for about a minute when suddenly the cardinal flew off into the sky. We have always believed that when a cardinal appears in your yard, it’s a visitor from heaven, especially the ones that seem to “speak” directly to you.” We genuinely believe this was a message from Danny that all was okay and that he is at peace and crossing the rainbow bridge with his beloved “Cody”. We wish we could be there as you are laid to rest but because of Mike’s current health situation we cannot travel. But know that we love you and will ever hold you dear in our hearts. Take care good friend until we meet again.
Please wait
Share Comment
A
Anne and Larry Herring posted a condolence
Not too often does someone enter our lives and take residence in our hearts. Danny did that from the time we met in Maplewood back in 1994. He and his four legged friend, Cody would walk down to our house as it had become part of their routine. He loved cooking on the grill and making his famous antipasta. This dish looked like a work of art and too pretty to eat but it was delicious.. We had many good evenings together, the four of us, Danny and Leslie and Larry and Anne. When we all moved down the shore we continued the ritual and often went out to new places and just enjoyed each other's company. Larry often speaks about the time he and Danny attempted to find the Recycling Plant and spent several hours riding up and down Route 70, listening to Jazz and enjoying each others company. That day they never did find the Recycling plant. Another favorite memory was the 1st Xmas down the shore and Danny and Larry went to JC Penny to buy Leslie a Xmas present. They went to the Jewelry Dept and Larry asked what did he want to get Les. He said "I don't know she has everything." Larry said "Then why are we here?" Danny's reply "I just wanted to get out of the house!" They spent the afternoon window shopping. The bond between him and Larry was pure love. But it became one of their favorite memories and they would laugh every time they spoke of it. Danny loved being with friends and made you feel at home. Even as he became ill and had difficulty doing the things he enjoyed Danny didn't stop being Danny and showed me how to make Cavatelli and Broccoli (mine never compared to his). .We will miss Danny like we would miss an arm or a leg. He was a part of us and will remain in our hearts. I truly believe he will let us know in his own way that he is watching over us. Until we meet again. There will NEVER be another Danny and we are proud and better because of him. We love you Danny.
Please wait
Share Comment
M
The family of Daniel Paul Marcketta uploaded a photo
/tribute-images/10285/Ultra/Daniel-Marcketta.jpg