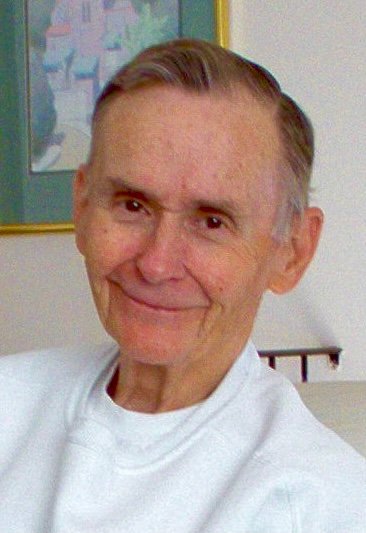 James J. Pomeroy passed peacefully at home on December 24, 2020 with his wife and son by his side. A Mass of Christian Burial will be celebrated on Wednesday, December 30th at 10 am at St. Mary’s Church, Denville. Interment to follow at the Denville Cemetery. Visiting hours will be held on Tuesday, December 29th from 3-6 pm at the Norman Dean Funeral Home, 16 Righter Avenue, Denville. Donations in Jim’s memory may be made to The Market Street Mission or to St. Jude Children’s Research Hospital by way of www.inmemof.org

Please share your fond memories here and his family will cherish them forever.

Jim was born in the Bronx NY October 22, 1932 to the late John and Bridget Pomeroy. He had a brother John who died in 2000 and a sister who passed shortly after her birth in 1933. He attended Cardinal Hayes High School and Graduated City College in New York. He spent a short time in the U.S Navy and was a true American patriot.

Jim’s first job was working with his father at the local grocery store when he was 10 years old. His main career started at Chase Manhattan Bank in 1959 and he worked his way up to Vice President. He also worked as a consultant for Long Island Savings Bank, Deloitte & Touche and Cenlar Loan Servicing. He earned the respect and admiration of his coworkers and made many friends. His work afforded him travel all over the world to Hong Kong, Panama, England and many others. Each trip truly was an adventure producing many stories he enjoyed sharing. He was proud to have earned his Certified Mortgage Banking degree and Faculty Fellowship from the Mortgage Bankers Association of America which allowed him to teach at major universities including Ohio State. He worked for over 70 years of his life.

Jim met his wife Joan in the Bronx on a blind date in 1955 and they were married shortly after on May 5th 1957. He absolutely adored Joan and worked hard to give her and the entire family a great life. Joan and Jim moved to Denville in 1967 and have resided here ever since. He was a true gentleman. He was kind and caring, loving and supportive. He was a faithful longtime parishioner of St. Mary’s Church and taught Sunday School. In his spare time he enjoyed rooting for his beloved Yankees and Jets and most of all playing Golf!

Although we are broken hearted we take comfort in knowing he is at peace celebrating Christmas in heaven and faithfully watching over his family with love always.