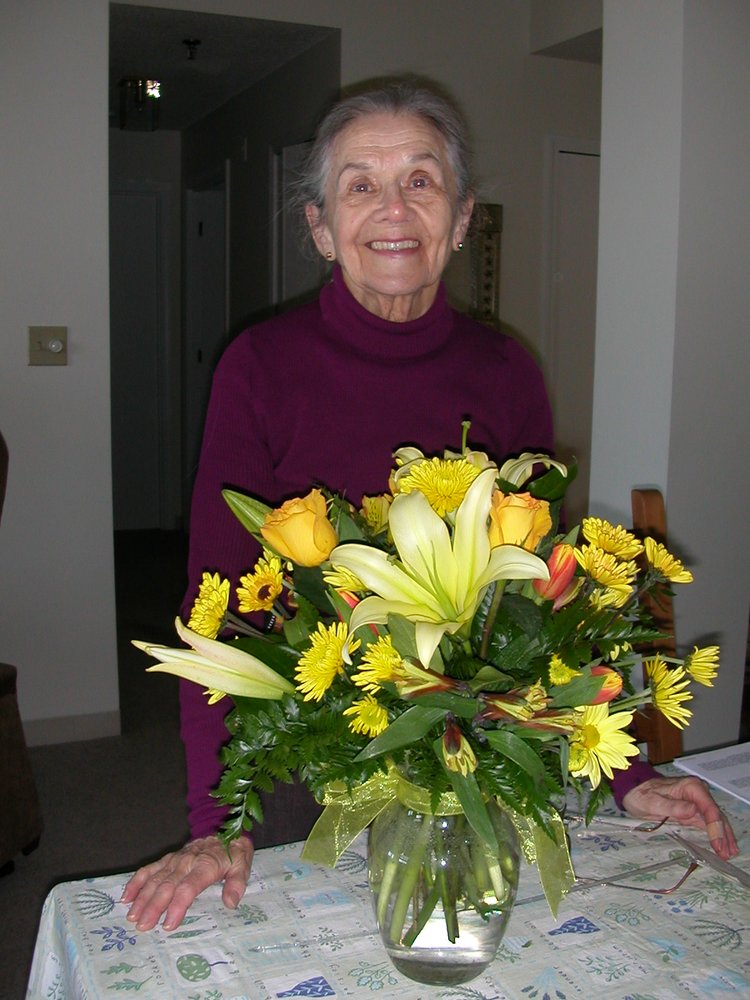 Barbara Ann Hackman, formerly of Glacier Hills, in Parsippany, NJ peacefully passed away on December 9, 2020 at Merry Heart Health Care Center of Succasunna NJ after a brief illness. She was 94.

Barbara (fondly known as “Babs” in childhood and as “Bobby” in her adult life) was born in Modena, Wisconsin on February 6, 1926 to Elmer Friedrich Heck and Lydia Anna Heck (nee Schmoker).

She was among the founders of the Glacier Hills Association along with her (late) husband, Robert  Hackman. She was active in fund-raising and volunteering for the association over the years that she resided there. She was a Brownie Scout leader and a Cub Scout den mother. She was also an avid Bridge player on a weekly basis.

Barbara was well-known for her culinary skills especially in baking. The cookies she made annually for Halloween treats were eagerly anticipated and later happily remembered and often mentioned by the neighborhood children long after they had grown into adults. They looked forward to them every year. Likewise, her childrens’ elementary school teachers always waited for the baskets full of traditional Christmas cookies that reflected Barbara’s Swiss-German heritage.

She was a crafter, a sculptor and a painter and attended many craft shows and fairs with her long-time life partner Robert L. Norris. Barbara and Robert also traveled extensively, much of it internationally, and she wrote and shared detailed travel narratives.

Barbara was an avid reader and passed the love of literature on to her children, grandchildren and great grandchildren.

She was adventuresome, witty, had a wry sense of humor and an incredible singing voice!

She is survived by her son, Linford Hackman and his wife Linda (nee Macaluso) of Brielle, NJ and her daughter Allison Hackman of New Ipswich, NH; her grandchildren Brett, Lydia, Gregory and Emilia, and her great grandchildren Madison, Mason, Myles, Natalie, Charlie and Miriam. Also surviving are  the children of Robert Norris, Craig, Rob, Claire and Amber, whom she loved like her own, her daughter-in-law Sherri Kasten of Halifax, Nova Scotia, son-in-law Ken Myers of Guelph, Ontario and the children of her late sister, Carol Damon. She also leaves behind her dear friend Donna Hess Miehe whom she always referred to as “the daughter of my heart”.

A memorial is planned for the Spring. Donations in her memory may be made to the good work of the Johnson County Conservation.  Barbara's favorite park was Kent Park as she loved trees!  They appeared regularly in her beautiful art work and photographs.  Should you wish to make a donation, please include "for tree planting" and "Memorial for Barbara Hackman" in your memo.   Checks can be mailed to: Johnson County Conservation, 2048 Highway 6 N.W., Oxford, IA 52322.

Share Your Memory of
Barbara
Upload Your Memory View All Memories
Be the first to upload a memory!