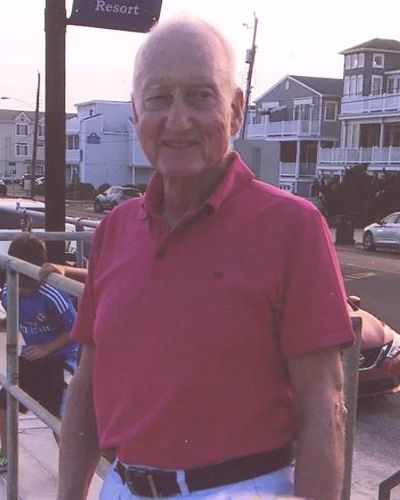 On Saturday, August 22, 2020,  Edward F. O'Connor, Sr., age 79, passed away in the comfort of his home after courageously fighting a nearly 4 year battle with Pancreatic Cancer.  He is survived by his immediate family: his beloved wife, Arleen of 55 years marriage, his children, Edward, Heather (Ken Schmidt) , Amy (Manuel Loureiro) and his dog Molly, his grandchildren, Taylor (Jason McCallister), Noah, Keegan, Lonan, and Haven.  Ed was the eldest son of Edward and Genevieve O’Connor and brother to his loving siblings Jim, MaryAnne, Tom (predeceased) and Joe (predeceased).

He was raised in Brooklyn, NY. He attended Brooklyn Technical High School, served time in the Navy, and graduated from the United States Naval Academy. He humbly held the rank of Lieutenant Commander of the USS Robert E. Lee Ballistic Nuclear Submarine.

Ed had over a twenty-five year career working as a Nuclear Engineer for New Jersey Power & Light and the General Public Utilities Nuclear Corporation. He obtained a Masters in Science from NJIT.

He lived every moment to the fullest. He kept his mind busy by completing Sudoku puzzles and exercising daily.  Additionally, he enjoyed woodturning in his shop, geocaching with his buddies and boating with family.  He cherished “adventure days” with his grandchildren.

Ed resided with his wife on Lake Hopatcong in the King Cove Lake section of Mt. Arlington, NJ. One of his last requests was to be brought out to the back deck of his house so that he could see his grandchildren tube off the back of his boat.

All services will be private. In Lieu of flowers, donations may be accepted on Ed’s behalf at lustgarten.org to fund Pancreatic cancer research.

He will be missed deeply.

Thank you for visiting this site as we honor the life of Ed O'Connor. Please note that we will not be having public services (per Dad's wishes due to Covid). As a alternative, this site will allow for family and friends to share fond memories of Ed. We encourage you to post your feelings, thoughts, messages and/or photos and videos as often as you like.