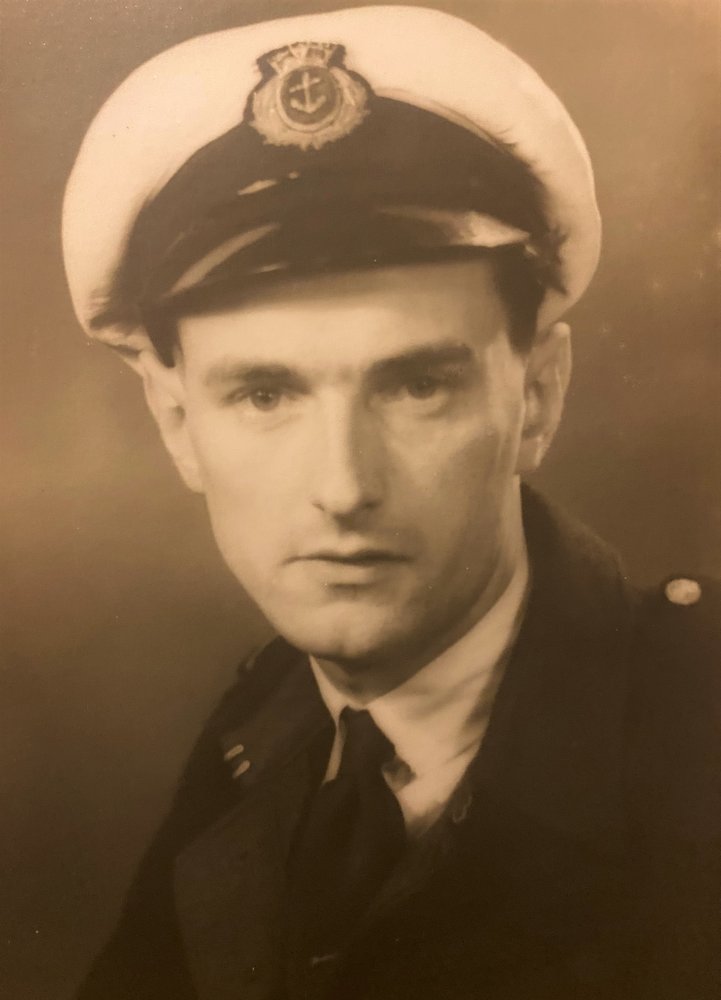 Entered into eternal life peacefully at home on August 1, 2020 at the age of 99. Born in Salford, Manchester England December 9th, 1920, he served in the British Merchant Marine Navy as a ships radio officer during WWII. Richard met his beloved wife of 70 years, Magdalen Lundy, after the war. They married in 1949 and had three sons while living in England. Prior to immigrating to the United States Richard joined the British National Fire Service where he earned a degree from the Institution of Fire Engineers. In 1954 they set sail from Liverpool England and arrived in America and settled in NJ where the family grew to six children, four sons and two daughters, to whom he was a devoted father.

The early years were a struggle and Richard had to work several jobs to make ends meet. However, he always made time for his family and for volunteering in his church and community. In 1968 he was rewarded with the well-deserved break he needed and started a career with the Port Authority of New York and New Jersey. He started as a member of the construction team for the World Trade Center which were the best six years of his professional career. He rose to the position of Supervisor of the Fire Safety Group and was awarded two Distinguished Service Medals during his 20 years of service at the Port Authority.

In 1990 Richard and Magdalen happily retired to Wilmington, NC where they continued to make their home warm and welcoming to family and friends alike. There Richard became involved in his parish, the Church of Saint Mary, where he and another gentleman began the revitalization of the old parish school building. The old school became the home of the Tileston Free Clinic, now the Cape Fear Free Clinic, and Richard considered this work one of his most important endeavors.

As Magdalen’s health began to fade a few years ago and Richard could no longer maintain the house and take care of Magdalen they moved back to NJ and settled in Saint Francis Residential Community. This allowed Richard to take care of Magdalen, for them to attend daily mass together, take walks to the Grotto, and be close to most of their children. Richard, though being in his 90s, single handedly cared for Magdalen until her death in February 2019. Richard, your work here is complete, Rest in Peace.

He was predeceased by his wife and love of his life Magdalen, beloved son Patrick, and his sister Kathleen. He leaves behind his children, Brian, Richard and wife Cliffie, Maura and husband Neil, Catherine and late husband Gregory, Edward and wife Noreen, Daughter-in-law Georgette, ex-Daughter-in-law Marlene, grandchildren Jason and his wife Claudia, Brandon, Matthew, Conor and wife Lauren, Joseph and wife Alexandra, Michael, Molly, Anna, Clare, Megan, Benjamin, Colin, and great grandchildren Christian, Korben, Alayna, Matthew William, and Ella, and many nieces and nephews and the long-lasting friends he made wherever he went.

A Mass of Christian Burial will take place on Friday, August 7, 2020 at 11 am in the Chapel at Maryrest Cemetery and Mausoleum, 770 Darlington Avenue, Mahwah. Interment to follow at the cemetery.  If you plan to attend, we kindly ask that you wear a mask and practice social distancing.