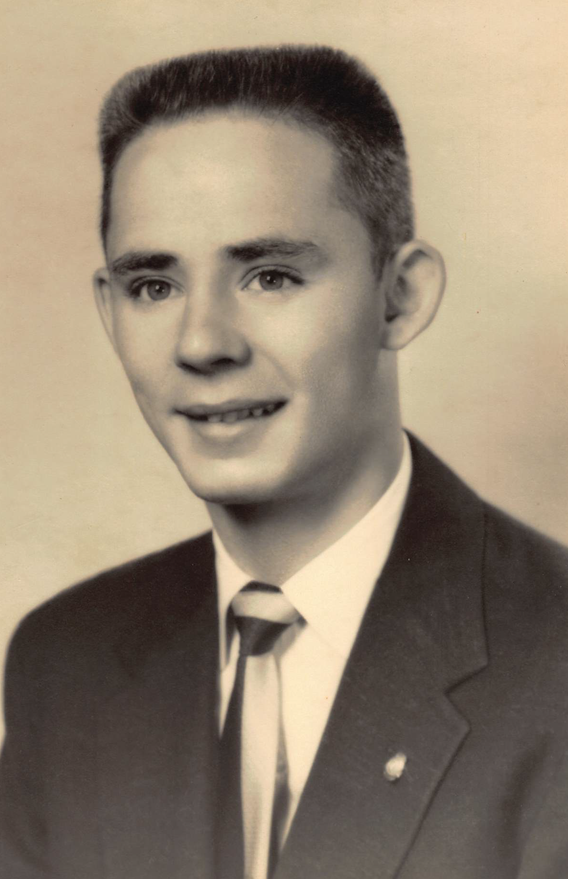 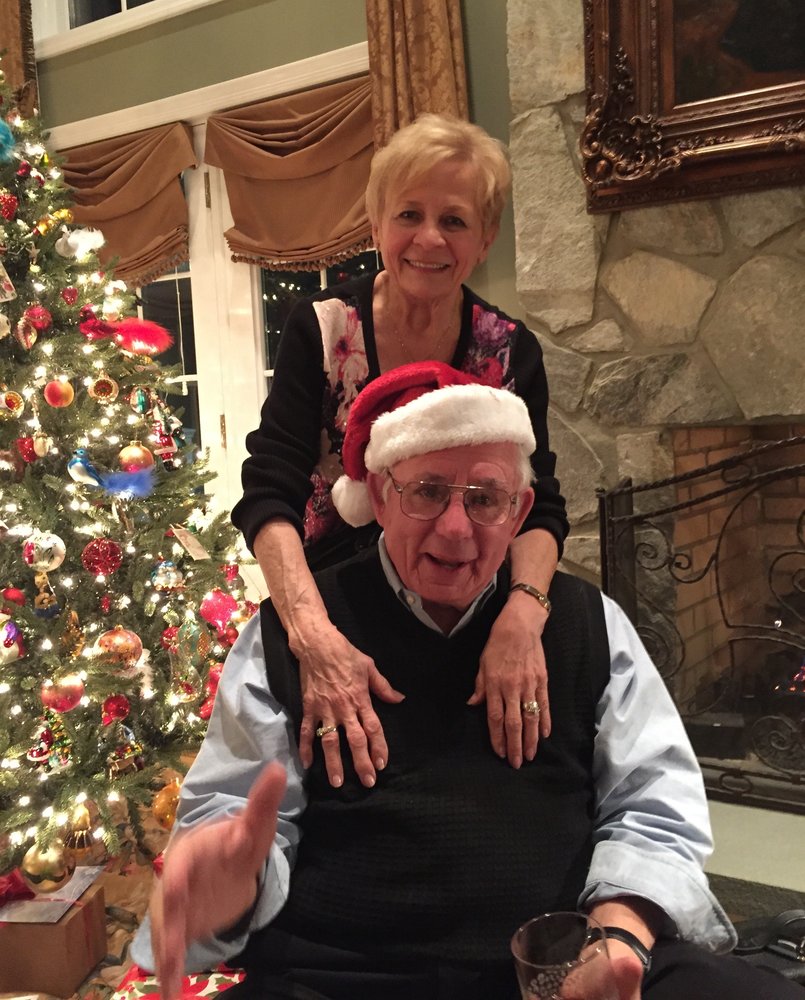 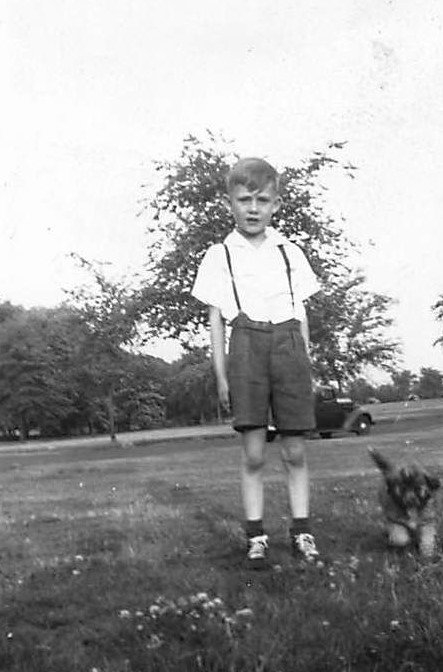 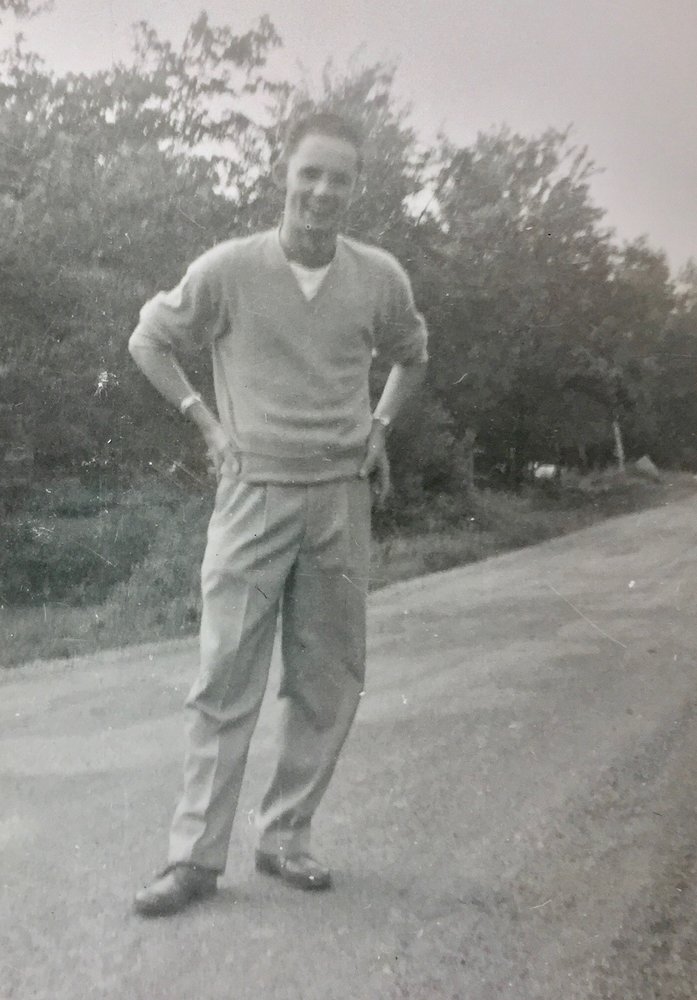 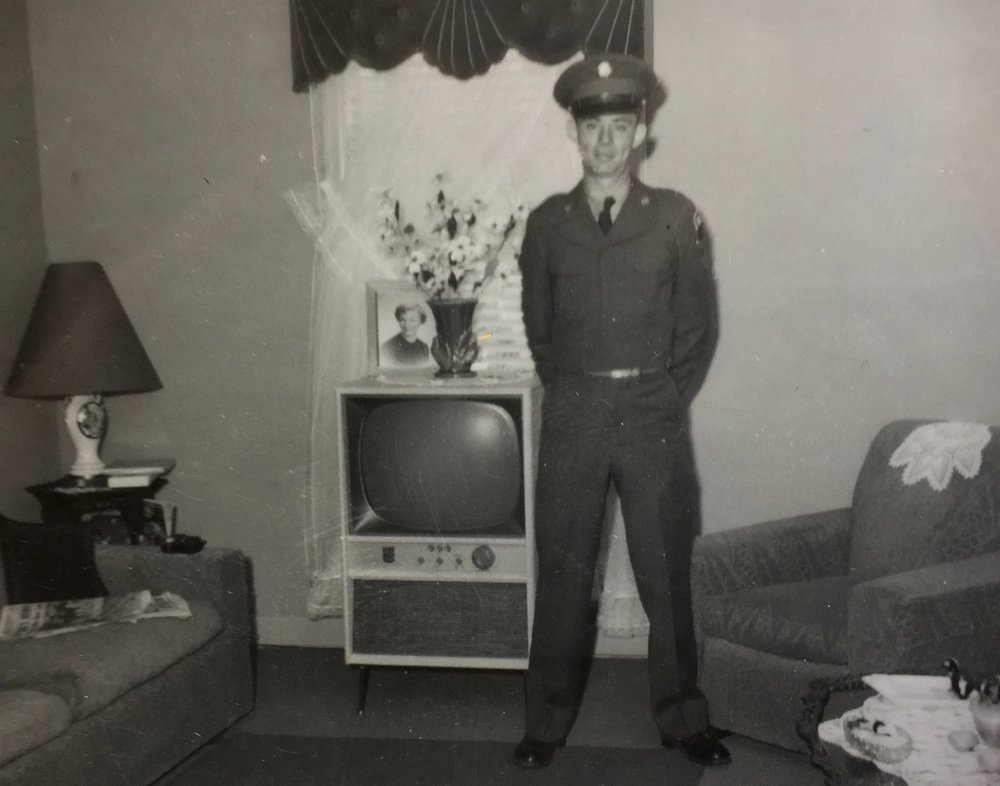 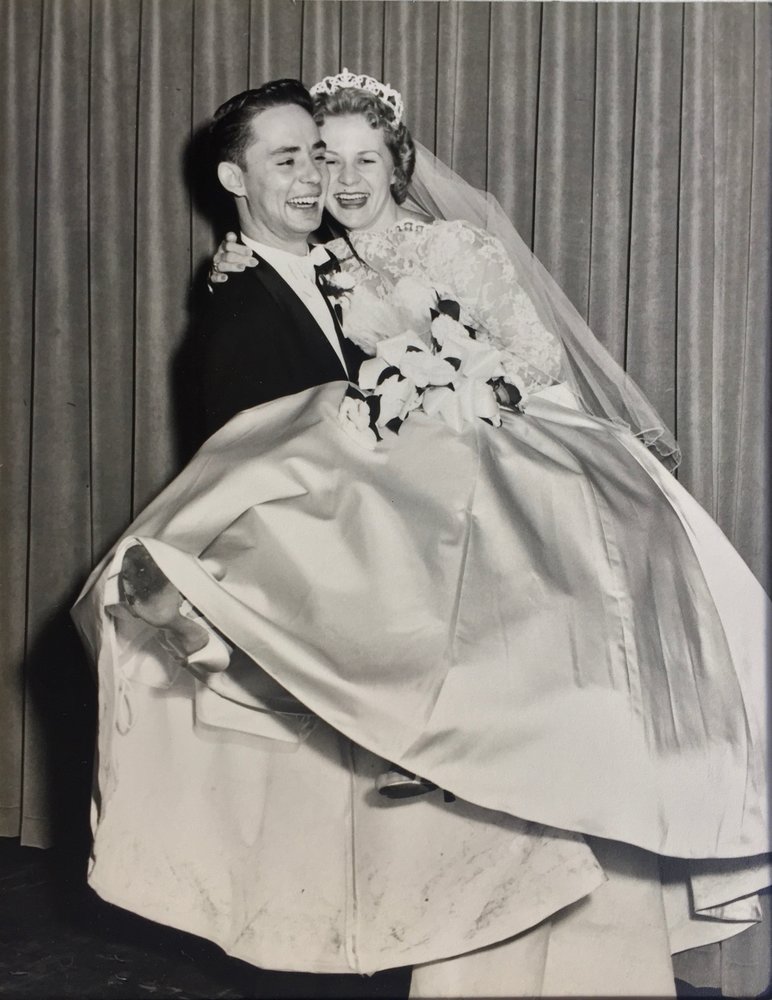 Ed was born on December 16, 1934 upstairs in his grandmother’s house in Linden, NJ, the son of Edward Loughrey and Helena (Stalowski) Loughrey.   He lived there with his parents and, later, his brother Bill, until high school when his parents bought their own house on Cedar Avenue, just a few blocks away.  He came from a large extended family with Irish uncles on his father’s side, many Polish aunts and uncles on his mother’s side, and numerous cousins from both.  He graduated from St. Mary’s High School in Elizabeth, and from Seton Hall University with a degree in accounting.  During school, Ed worked many different jobs, including at a butcher shop, his uncle Walter’s hot dog stand in Kearny, and the dry cleaners where his future mother-in-law Wanda took her clothes.  Once while inventorying incoming laundry, Ed remarked that one of the skirts was too small to possibly be Wanda’s.  Wanda thought that was pretty funny, and introduced him to the owner of the skirt, her daughter Terri.

After college Ed was drafted into the army and was stationed at Fort Hamilton in Brooklyn at the height of the Cold War. Ed painted a picture of his army antics as something out of “M.A.S.H.” and jokingly bragged that the Soviets never made it through the Verrazzano Narrows on his watch.

In 1957 Ed married Theresa (Terri) Kawa and in less than seven years they had four children: Carol, Cathy, Suzanne, and Raymond.  They lived in Elizabeth, Linden, Colonia, and in 1967 moved to Succasunna which was something of culture shock for them, as it was quite rural at the time. Ed left his job with the IRS and began private practice in Morristown.  Terri often took the kids to meet Ed for Chinese food at the New York Tea Garden on Washington Street, near his office.  That was a tradition they carried on for the following 50 years, although with a change in venue: in later years, no trip to NJ was complete without dinner at Hunan Taste in Denville.

The neighborhood in Succasunna was one of those suburban places where everyone knew each other, all the neighbors were friends, and the kids ran wild.  Ed coached his girls’ softball teams and son’s little league teams, and the family always had dinner together at 6 pm.  Ed bowled and played poker with the guys on Forest Drive.  On Friday nights he picked up pizza, and donuts and the New York Daily News every Sunday morning before church for years on end.  He cheerfully put up with many pets over the years, including three dogs, two rabbits, several parakeets, fish, a guinea pig and endlessly multiplying gerbils.  Every summer he packed the station wagon to the gills, and he and Terri took the family down the shore for a week come rain or shine.  Ed and Terri gave us a really good childhood.

Decades later Ed and Terri moved to Bluffton, South Carolina.  The original idea might have been to retire there but, in fact, Ed never really did.  He worked and puttered in his home office, accompanied by Chloe who slept in the sun near his desk while he prepared tax returns for Sun City residents and wrote a column on tax issues for the local newspaper.  He followed politics, read avidly, watched sports, and talked … a lot … about anything and everything, with anyone and everyone.  Talking was his greatest hobby.  There was no such thing as a quick visit or phone call with him.

Dad honestly liked everyone he met.  He had an endless supply of stories and always had a new joke to tell.  He talked, he flirted, he charmed, and made comments and observations.  He had countless ideas for inventions and products.  He made good cocktails (a Perfect Rob Roy, anyone?) and loved being a host.  He made friends easily and made people feel at ease and included.  It’s something we all still aspire to.

Dad was diagnosed with ALS in 2017.   An inveterate optimist, he remained his cheerful and hopeful and social self until the very end.  When visiting him at the Dwelling Place, he cheered you up.  While hospitalized, he kept busy by sharing emails, videos, jokes, and photos, and reading or listening to books, music, movies, and TV.  When the pandemic suspended in-person visits, we had Zoom family meetings instead; last month Ed appeared at our virtual Easter bonnet contest wearing rabbit ears.  That’s just the kind of guy he was – wanting nothing more than to make you smile.  Dad was always quick with a wink and, when he could move nothing else, a sparkle in his eye.  We will love and miss him forever.

He is survived by his wife Terri and four children Carol Forte (Ed Vnencak); Cathy Bosley (Phil); Suzanne Johnson (Tim) and Raymond Loughrey (Jim Drummey).   A Mass and Celebration of Life will be held at a later time when circumstances permit.  Ed’s entire family extends heartfelt gratitude to every member of the staff of the Dwelling Place, who all took such loving care of him in the last year and a half, and to all his friends and neighbors, especially Kenny and Joanie,  who kept him in their life, thoughts and prayers.  If so inclined, a donation in his memory to the ALS association would be welcomed.