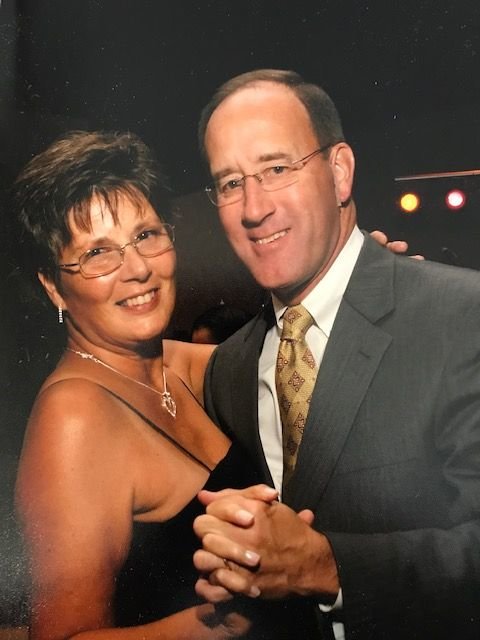 Candace D. Wagoner (Leatherberry) peacefully passed away at Peggy’s House Hospice Center in Scotch Plains, NJ on April 24, 2020, at the age of 68.

Born in Montclair, she had lived her entire life in Denville, NJ since the age of 4.

She was always proud to be a Denville resident and call it home. Candy and her beloved husband, Rich were known by all to be holding hands walking around Indian Lake.

Candy earned her Associate’s Degree from County College of Morris before transferring to West Virginia Wesleyan to complete her Bachelor’s degree alongside the love of her life, Rich. She earned her Master’s Degree from Montclair State in Special Education and was a beloved 2nd & 3rd grade teacher at Main Street School in Denville prior to having her children. After having their beloved children; Diana and Michael she knew her greatest calling was to be a full time Mom. She enjoyed every minute of their time together. There isn't a playground in the state that they didn't play at or trail they didn't hike.  She took great pride in being a girl scout leader for Troop 366 alongside her best friend, Marge.

After years of staying home, Candy went back to teaching nursery school part time at Denville Community and then at the First Presbyterian Cooperative Church Nursery School (PCCNS) in Rockaway, NJ. Eventually becoming director where she worked until her retirement. She would be described by so many as a woman who truly loved working with children, a creative and innovative teacher, kind, giving, compassionate, incredible leader, intelligent and was known to roll up her sleeves as high as anyone else.

In addition to her children and role as a teacher, her faith and church were her life’s foundation. Candy relied often on her faith to carry her through both good and trying times. The Church of the Saviour in Denville will always hold a special place in her heart and that of her family. There, she was an active lifelong member. She was involved in church vestry, parish life and Sunday School.

If you were to ask anyone about Candy they would most likely be talking about her husband, Rich too. They were inseparable, each other’s best friends and truly the love of one another’s lives. Their love story began at 16 when they both attended a youth group pool party and many would say the rest is history. They married in 1974 and their love story is one admired by many and would make the best of fairy tales. The story took a temporary pause when Rich passed in 2016. However, was made complete on April 24, 2020 when they were united once again in God’s heavenly kingdom. They were meant to be together for eternity and now until the end of time they will be hand in hand dancing throughout the heavens.

Candy’s life may have been short but it was full. It was filled with many memories loving her family, her career, her church and life. She impacted the lives of many and would want all to live life with no regrets. In the words from Winnie the Pooh, “If there ever comes a day when we can’t be together, keep my in your heart. I’ll stay there forever”.

She was predeceased by her beloved husband of 42 years, Richard Ellis Wagoner Jr. in 2016 and her father, Wayne Leatherberry in 2014.

Rockaway Twp., NJ and Michael Wagoner of Lansdale, PA. In addition, her adored

Home for Services 16 Righter Ave Denville, NJ 07834 www.normandean.com. A memorial service and celebration of Candy’s life will be held at a later date.

Memorial donations can be made in loving memory to the Alzheimer’s Association or the Church of the Saviour in Denville, NJ by way of inmemof.org.

Share Your Memory of
Candace
Upload Your Memory View All Memories
Be the first to upload a memory!