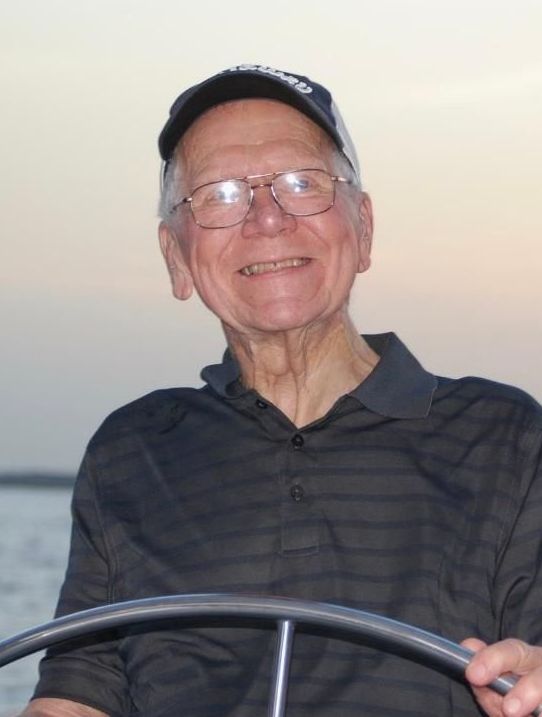 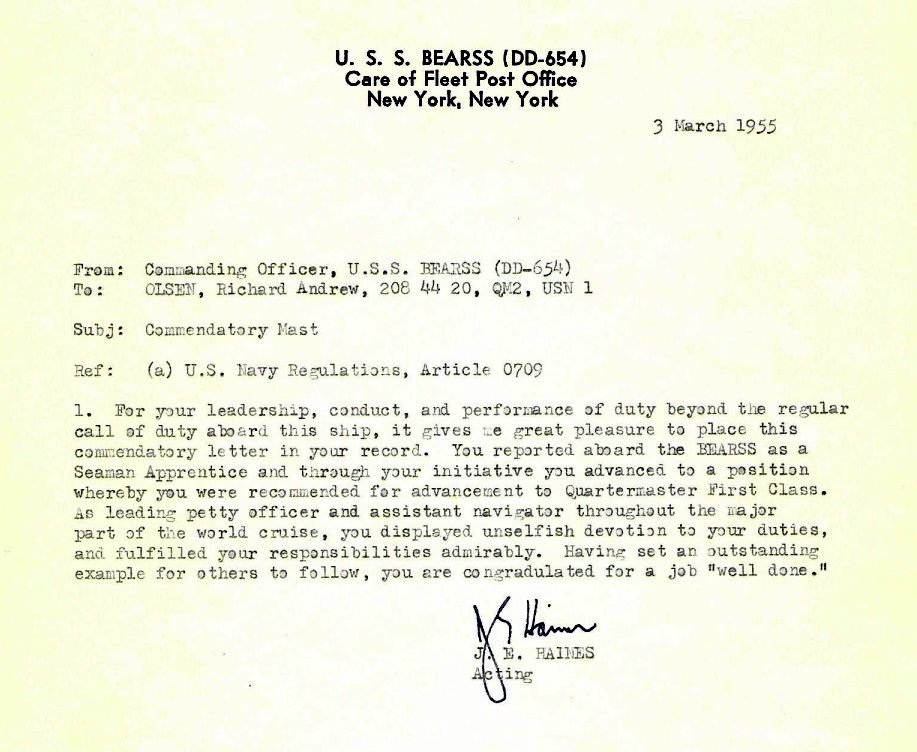 Richard Andrew Olsen passed away peacefully at Care-One at Morris Skilled Nursing Facility in Parsippany. He had shared 89 years of unconditional love, laughter, and priceless memories with family and friends.

Born and raised in Brooklyn to the late Rudolph “Ralph” and Mamie Olsen, he was one of two boys to bless the Olsen household. After graduating High School, Richard proudly served our country as a Quartermaster aboard the USS Bearss, a Fletcher-class destroyer of the U.S. Navy, during the Korean conflict. Like his grandfather, father, and brother, Richard made a successful career for himself working for McAllister Brothers on tugboats in New York Harbor. A proud member and official of the NY Harbor maritime union, Local 333, United Marine Division, ILA, AFL-CIO, now part of the International Organization of Masters, Mates, and Pilots – Atlantic Maritime Group. He officially retired as Tugboat Captain in 1993. He truly loved being on the sea and felt at home being aboard ship.

Brooklyn is where Richard met the love of his life and true soulmate, Sylvia Marie Olsen (yes, Olsen was also her maiden name); they were married on March 15, 1957. In 1965 as a happy family of five, the Olsen’s relocated to their forever home in Denville, NJ. Richard thrived in his new community. With his friend Alex Holenko, they helped start the Denville Soccer Little League, now known as Hub Soccer of Denville. He was a member of the Holy Trinity Lutheran Church, the Sons of Norway at Nor-Bu Lodge in Lake Telemark, and the VFW in Denville. Above anything else, family was the first priority in Richard’s life. After his beloved wife Sylvia’s passing in 1990, he got more involved with Nor-Bu Lodge, where he and Sylvia had established many friendships. He became cabin director, in charge of maintenance and upkeep for the lodge. He was also in charge of “Tubfrim”, their charitable fund raising effort. Every summer he would spend 2 weeks as a youth camp counsellor at Sons of Norway’s Land Of The Vikings in Sherman, Pennsylvania. He truly was a one-of-kind man, husband, father, grandfather, great-grandfather, brother, and friend. Although we are deeply saddened by his passing, we take comfort in knowing he is now reunited with his beloved wife, Sylvia, his adored daughter, Linda Anglin, his brother, Roy Olsen, and his parents.

Celebration of life will be held at later date. Memorial donations in Richard’s name are being accepted to Nor-Bu Memorial Fund, PO Box 317, Hibernia, NJ 07842. Please make donation checks payable to Nor-Bu and put “Nor-Bu Memorial Fund” in memo line. Please leave a condolence, light a candle, and share your favorite memory of Richard here to continue to celebrate the life he shared with us.