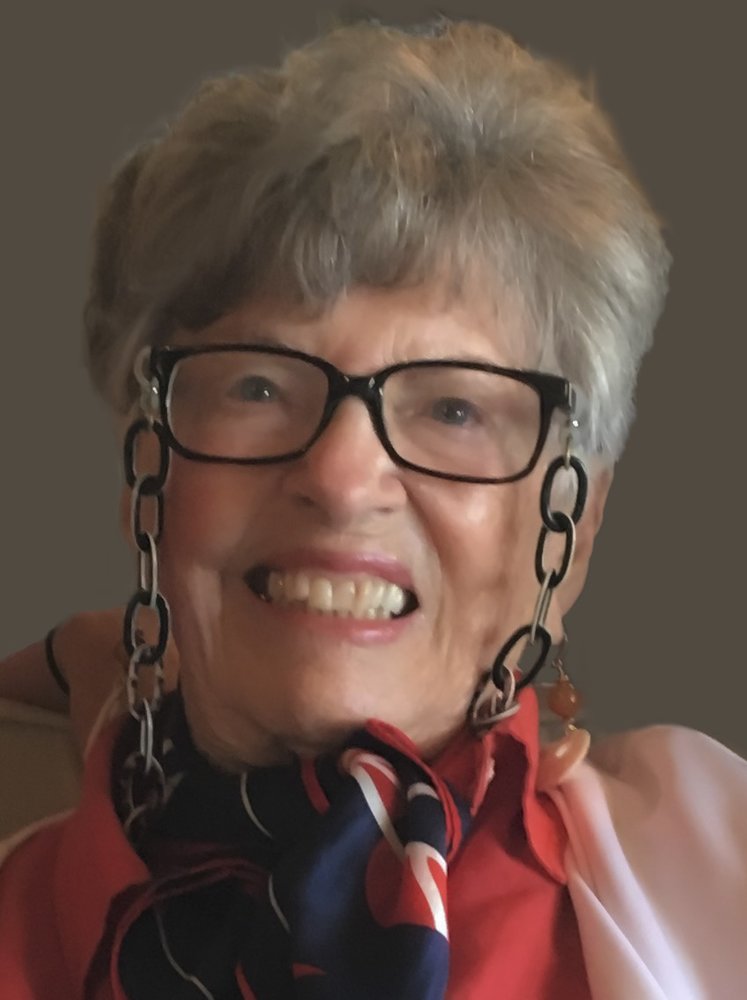 Dorothy (Arnheiter) Flynn, born on July 4th, 1928, died of natural causes April 19, 2020. Dotty was married to James Francis Flynn for 45 years, until his death in 1993. Known as Dotty, she was the mother to 7 children (Jim, Jack, Mark, Michele, Tom, Tim and Bryan) and the mother-in-law to 7 (Maureen (Madden) Flynn, Kathy Reticker- deceased, Kathy (Scherr) Fahy, Collier Goodlett, Michele Hanlon Flynn, Lynn Hopkins Flynn and Patty Huss Flynn). Dotty is Grandmother to 25 (12 of whom are married) and Great-grandmother to 22. Dotty was the child of Bessie (Kirkwood) and Oscar Arnheiter. She had 3 previously deceased siblings (Lyle and Wally Arnheiter and Betty DiClemente). Dotty was a beloved aunt to 37 nieces and nephews and a devoted friend to countless others. Dotty especially wanted to thank her personal caregivers who were devoted to helping her maintain her health and wellbeing for the last 3 years of her life.

Dotty attended Denville Elementary School and graduated from Rockaway High School in1946, where she was the cheerleading captain. Dotty was an accomplished dancer and singer, frequently on stage throughout her younger years. Dotty was employed as a telephone operator previous to the birth of her children, then as a waitress when her children were enrolled in school and later worked in retail clothing stores in Denville.

Dotty was a member of St. Mary’s Church for 72 years. She lived on the same street in Indian Lake for 91 years and has been a member of Indian Lake Community Club since 1950, purchasing her own membership when she was 15 years of age from money she earned while working at the Bird Factory. Dotty developed a love of Lake George in New York, where she vacationed when her children were growing up, the same lake her mother and father visited while dating in the early 20 th century. Dotty loved to travel, especially to Aruba where she owned a time-share at Aruba Beach Club (ABC) for almost 40 years, after first visiting in 1978. Dotty developed lasting friendships at ABC among the many people who returned year after year, as have their children and grandchildren. A memoir of Dotty’s life, “Still Smiling,” was published in 2014.

Dotty would like to be remembered with the following, “My husband and my children were always first in my life. I love my grand children and great-grandchildren. I love my many nieces and nephews and friends who were always so good to me, as well as my pre-deceased relatives. I appreciate those people who helped me when I could no longer drive. I appreciate the good care of my doctors, particularly Dr. Jean-Paul Bonnet. I want to be remembered as someone who always smiled and enjoyed talking. I had a good life with my parents, Bessie and Oscar Arnheiter. And I loved my Catholic religion to which I converted in my early 20’s. It changed my life.”

Dotty asked that, in lieu of flowers, people make a donation to the Indian Lake Community Club in her memory (ILCC in care of Maureen Kryzanowski, 32 Sunset Trail, Denville, NJ  07834)

Share Your Memory of
Dorothy
Upload Your Memory View All Memories
Be the first to upload a memory!