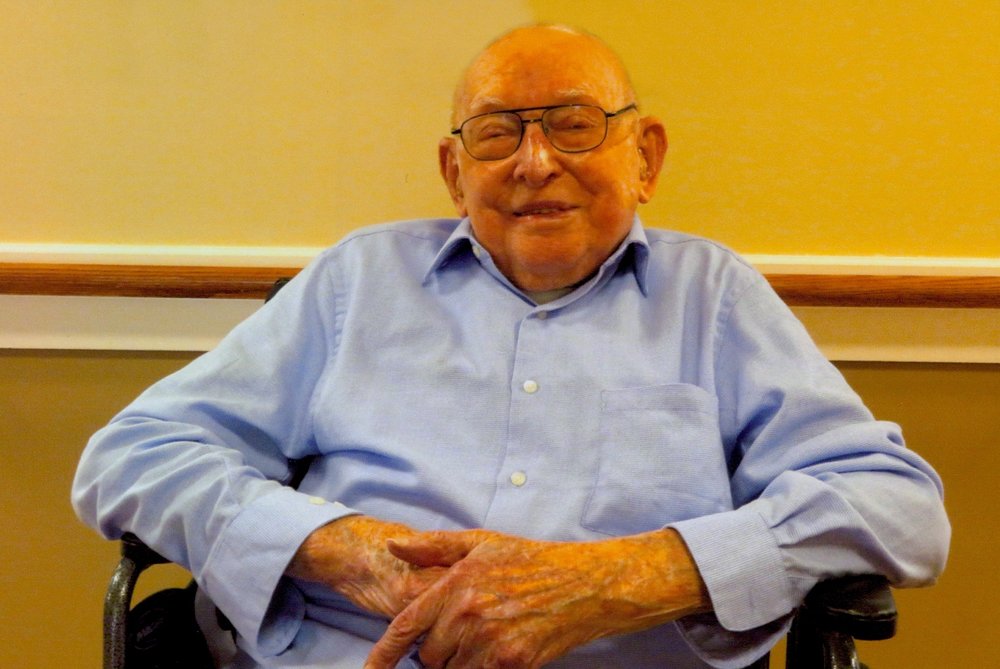 Andrew Stec, age 101, passed away on Saturday, February 22, 2020 at Good Samaritan Society of Fairfield Glade, TN.  A Funeral Service will be held on Saturday, March 7, 2020 at 10 am at King of Kings Lutheran Church, 145 Rt 46 West, Mountain Lakes, NJ.  Entombment to follow at Locust Hill Cemetery, Dover.  Visitation will be held on Friday, March 6, 2020 from 3 pm to 7 pm at the Norman Dean Home For Services, 16 Righter Ave., Denville.  Donations in his name may be made to the good work of King of Kings Lutheran Church or the Good Samaritan Society, 100 Samaritan Way, Fairfield Glade, TN 38558.  Please share your memories here.  Andrew's family will cherish them.

Andrew was born January 5, 1919 in Boonton NJ.  He was the son of the late John Stec and Barbara (Jencar) Stec.  Andrew was a NJ resident for 98 years before moving to the Good Samaritan Society in August of 2017 to be near his daughter, Geraldine White.

Andrew is a World War II veteran of the Army Air Corps.  He served in the first infintry reinforcements sent to Pearl Harbor after the Japanese bombing on December 7, 1941.  He transferred to the Army Air Corps in 1943 as an aerial gunner.  He served with the 8th Air Force in England and the 15th Air Force in Italy as a B-17 tail gunner, flying 13 missions over Europe.

Andrew spent his working career at Picatinny Arsenal, Dover, NJ where he was a security officer.

Andrew was a longtime member of King of Kings Lutheran Church, Mountain Lakes, a member of the Denville VFW Post # 2915, NARFE and the Sokol USA Lodge 32, Boonton.

Andrew is survived by his daughters Geraldine White (Michael) of Fairfiled Glade, TN and Kathleen Jennings (James) of Aiken, SC; his son Michael Stec (Sherry Koo) of Sparks, NV; his grandson Shawn Jennings (Dunmore, PA) and granddaughter Shannon JenningsCharlotte, NC).  In addition to his parents, Andrew was preceded in death by his wife of 67 years, Mary Yosh Stec and his sister Margaret Kapral.

Share Your Memory of
Andrew
Upload Your Memory View All Memories
Be the first to upload a memory!