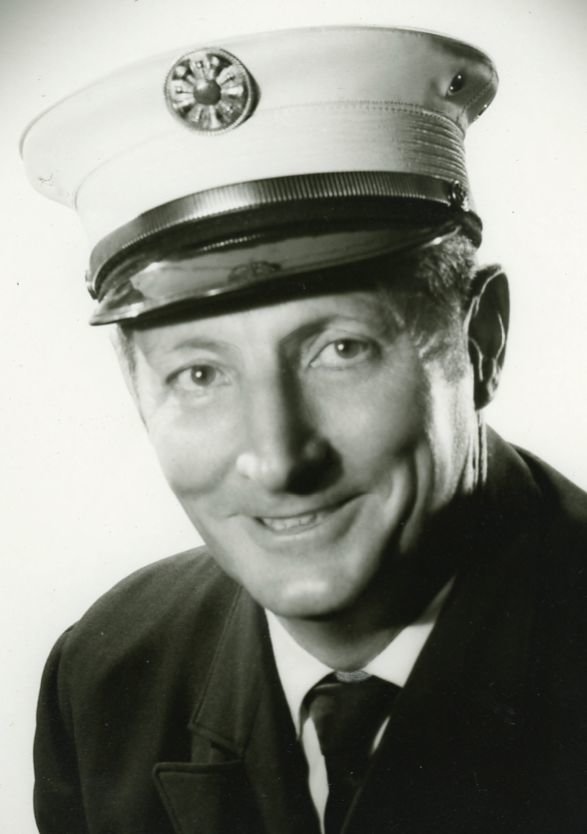 Wilfred Taylor passed away at his home in Denville, NJ on December 23, 2019, at the age of 94. Born in Morristown, he grew up in Dover and lived in Randolph until he moved to the Cedar Lake section of Denville Township, 1974. Wilfred worked for the United States Air Force at Rome Air Force Base in Rome, NY before going to work at the Randolph Water Department. He also worked for Benson & Bostrom Roofing in Dover, NJ as a Tin Smith. He then went to work as a water supervisor for the Morris County Water Department for many years before retiring in 1991. He was heavily involved with the Randolph Fire Department Milbrook Company #2 where he served as Past Captain, Past Lieutenant, Past Chief in 1969, Fire Prevention Bureau and Arson Investigator. He was a member of the NJ Chief’s Association, NJ Relief Association and was an Exempt Member of the Randolph Fire Department. Wilfred is survived by his children Glen Taylor and his wife Sheila of Stanhope, NJ and Bonita Sagurton and her husband David of Long Pond, PA, as well as his grandchildren Dawn Covert, Thomas Covert, Justin Sagurton, and his great grandson William Edward Oberdick, and his great, great grandson William Edward Oberdick Jr. In addition he is survived by his nephew Peter Taylor and his wife Jean and their children Pete Jr and Victoria of Long Valley. He is also survived by his many loving neighbors, his caregiver Mariya Apostolis and his very dear friend Linda L. Dick of Denville, NJ. A memorial service will be planned at a date in the near future to be announced under the direction of Norman Dean Home for Services 16 Righter Avenue Denville, NJ 07834 www.normandean.com. Memorial Donations can be made in his memory to The Denville Fire Department Association by way of inmemof.org.

Share Your Memory of
Wilfred
Upload Your Memory View All Memories
Be the first to upload a memory!