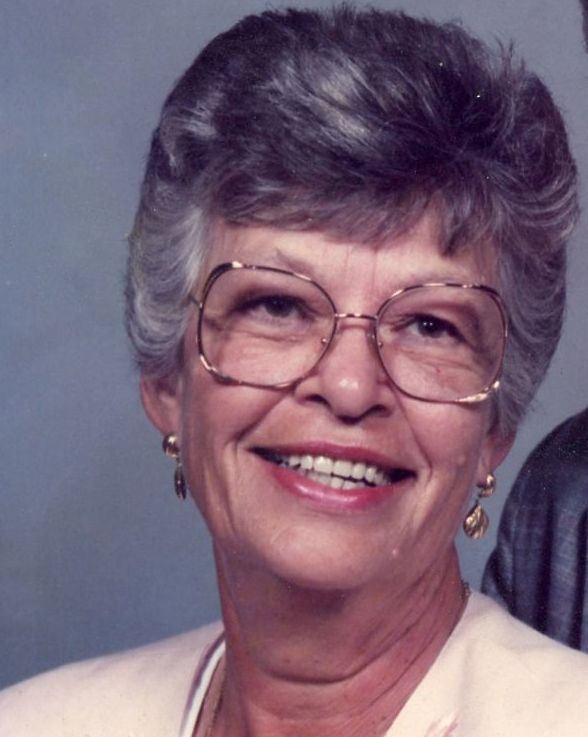 Janet H. Eisinger, 88, passed away peacefully with her loving family by her side on Friday, December 20, 2019 at The Gardens for Memory Care in Easton, PA. Born and raised in Newark to the late James and Marian Hyde, she was one of two daughters to bless the Hyde household. After graduating High School Janet attended Nursing School. She married the love of her life, John “Jack” Eisinger on November 10, 1951 and the rest is history. Together they moved around quite a bit until they settled in the Cedar Lake Section of Denville before retiring to South Carolina. Along with being an amazing wife, phenomenal mother, and doting grandmother, Janet was a very active volunteer. Early on, she was an active Girl Scout Leader for many years. She volunteered as a Christian Educator in her home churches and later was a paid Educational Consultant for the Newton Presbytery. She was a proud member of the Kiwanis Club in Denville and founded the Kiwanis Division 24 in Pawleys Island, SC where she was selected to serve as Lieutenant Governor for the District. Janet was also an active member of the Daughters of the American Revolution and Past President of the Women’s Golf Association. While in South Carolina, Janet was appointed by the Governor to serve as Chairperson on the Child Welfare Review Board and was additionally a Mentor in the Juvenile Diversion Program. Janet was truly an exceptional woman; her legacy of compassion for helping children and others in need as well as her contagious laugh, unconditional love and devotion to her family and friends will always be remembered. Although we are saddened by her passing, we take comfort in knowing she in reunited with her beloved husband, Jack. She leaves only joyful memories to her loving children, James “Jim” Eisinger and his partner Nancy of Rockaway, Deborah “Debi” Costello and her husband Charles “Charlie” of Denville, Susan Mangold and her husband Gary of Kempton, PA, and Lynn Gerstenmier and her husband John of Waxhaw, NC; her cherished grandchildren, Kurt (Erica) Eisinger, Todd (Olivia) Eisinger, Beth (Jim) Misner, Andrea (the late Greg) Simpson, Trisha Costello, Anthony (Valentina) Costello, Michael (Amanda) Reffie, Matthew (Audrey) Reffie, Benjamin (Suzannah Beltz) Reffie, Jesica (Bill) Mangold, Gary Mangold, David (Jade) Gerstenmier, Adam Gerstenmier, and Philip Gerstenmier; her treasured great-grandchildren, Deanna, Mikey, Lainey, Vinny, Kayla, Morgan, Kenzie, Camilla, Sabrina, Adriana, Jimmy, Bethany, Caleb, Aniston, Reagan, Piper, Maggie, Maverick, Damon, Rosiland, Brandon, Nick, Coraley, and Nolan; her nephew, Christopher Walsh; and many more extended family and friends. Public Visitation will take place on Monday, December 23rd from 12 – 2 pm with Funeral Service beginning at 2 pm at Norman Dean Home for Services, 16 Righter Ave., Denville. Burial will follow at Denville Cemetery. Please leave a condolence, light a candle, and share your favorite memory of Janet here for her family to cherish.