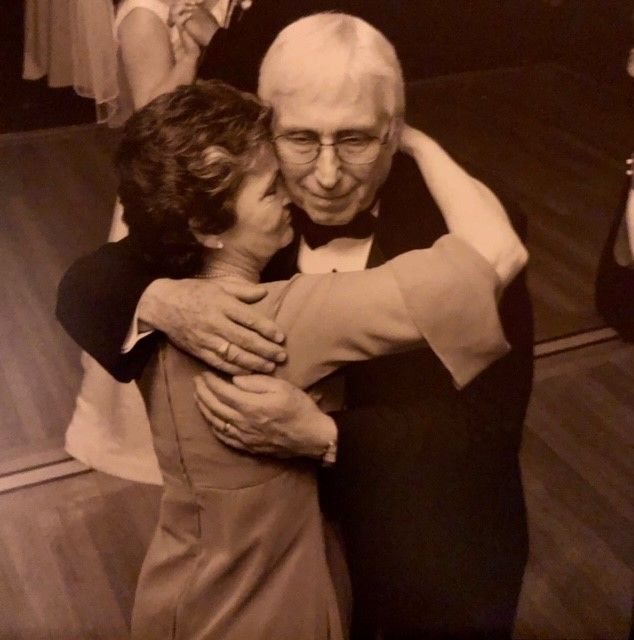 Obituary of Robert A. Ranft

Bob was a lifelong resident of Denville. A graduate of Morris Hills High School, he earned his A.A. from County College of Morris, his undergrad from Fairleigh Dickinson University, and his master’s degree from Montclair State. Bob was extremely proud to have graduated from the Denville Public School System and enjoyed his reunion luncheons with the Denville Main Street School Kindergarten class of 1944.

Bob started working for the family business at the age of 15 with his parents and brother and would go on to own and operate Ranft’s Denville Vacuum and Appliance and Record and Tape Shop along his wife Patricia and daughter Deborah. People came from all over for his unique mix of appliances, repairs, music, and service. He was also a substitute teacher at Morris Catholic High School.

He was honored as Denville business person of the year, YMCA Volunteer of the year, Muriel Hepner Award for Community Service, and was named a Denville Treasure.  He ran the Denville Centennial Parade and was on both the Recreation and P.R.I.D.E Committees and was Past President of both Denville P.R.I.D.E and Denville Kiwanis. Bob was a proud member of the Denville Chamber of Commerce and the Denville Little League where he served as an umpire, coach, Vice President, President, Board Member, and Trustee. He was on the Denville Township Open Space Committee, Denville Sports Lighting Committee, Cook’s Pond Committee, Zeek Road Development Committee, Diamond Spring Road Development Committee, and the Formation Committee for the Denville Historical Society. Bob also served on the Laudati Playground Committee, Denville Rid Litter Day Chair, and was the Co-Chair of Project Playground which built the Gardner Field Playground. He was a volunteer for the Joey Bella Memorial Fund, St. Clare’s Harvest Festival, The Great Denville Duck Race, and served as the Chair of the National Day of Prayer. Bob was a regular volunteer for the Denville Sr. Citizen events and as recently as 2018, he was awarded Outstanding Volunteer by the Morris Park Alliance. He strongly believed in service to community and took great pride in helping his beloved Denville which awarded him the first ever key to the town. Bob proudly served in the United States Marine Corp Reserves, 7th Rifle Company based out of Picatinny Arsenal.

Bob was passionate about music, animals, plants, the New York Mets, and was an avid bowler and he was still in a bowling league this season. He was a member of the Denville Men’s Softball league where he and the Bandits won many league championships. He had a love of history and reading and was a strong advocate for education, social justice, and human rights. His taste in music was as eclectic as he was, and he loved to listen to it as loud as possible.  He enjoyed many concerts over his lifetime.

Over the last decade, Bob enjoyed travelling with his family where he visited Montreal, Quebec City, Austin, Houston, New Orleans, Dublin, Cobh, Liverpool, Paris, Trier, Luxembourg, and the Florida Keys which he especially loved.
Only second to his family, was his love of coaching baseball. He was a coach for the Denville Little League, the American Legion Post #390, and Morris Catholic spending over 60 years teaching kids how to play the game and how to win and lose with humility. He took great pride in coaching both his sons and grandson on the diamonds of Gardner Field and would always get a thrill when one of his former players would stop in the store to say hello. He truly cared about every player who shared the dugout with him over the years.

Memorial Donations can be made in his memory to either the Joey Bella Memorial Fund (JoeyBella.org) or to Denville Baseball (C/O Township of Denville, 1 St. Mary’s Place, Denville, NJ 07834).