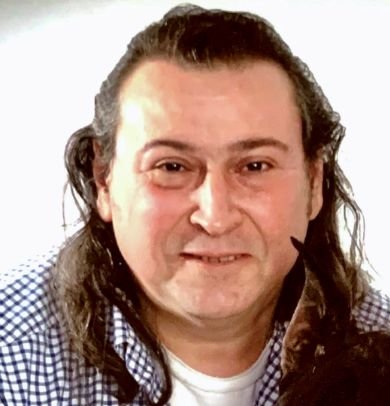 Larry Gribler passed away at St. Barnabas Hospital in Livingston, NJ on October 11, 2019, at the age of 73.

Born in Tel Aviv, Isreal, he moved to the United States in 1959 and had lived in Newark followed by Hillside where he met his future bride Marilyn Hull. They were married July 16, 1971 after which the two moved to Andover to begin their 47 years of love and commitment.  They were avid animal lovers owning numerous large and small dogs, and a handful of feisty cats.

After a career in plumbing Larry and his childhood friend Steve Schiff partnered up to invest in the Showplace in Denver NJ. Together they ran a successful business and recording studio for many years.  He was an exotic car collector, with an affinity for bad jokes and delicious food. He enjoyed spending time with his wife, eating out and traveling to places such as Alaska, Europe and Mexico.

Larry is survived by his beloved wife of 47 years, Marilyn (Hull) Gribler, and their animals Barron, Rocky and Felix.  He was a loving and devoted uncle to Ariel Poli, Jackie Tedesco and Fallon Gaines whom were by his side with his wife as he passed. Larry was a very special man who had a certain way of showing you how deeply he cared. His sense of humor and kindess impacted everyone he met, and will continue even in his death.

Funeral services will be held on October 13, 2019, at 11:00AM at Norman Dean Home for Services 16 Righter Avenue Denville, NJ 07834 www.normandean.com followed by interment services at Mount Freedom Hebrew Cemetery in Randolph, NJ.

Memorial Donations can be made in his memory to Father John’s Animal House by way of inmemof.org.

Share Your Memory of
Larry
Upload Your Memory View All Memories
Be the first to upload a memory!