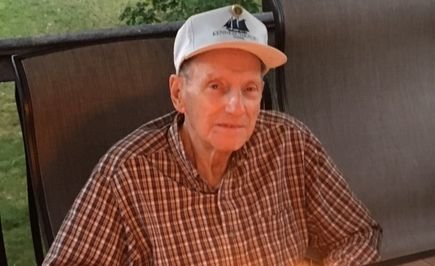 Joseph “Gary” Beumee, Sr., loving son, husband, father and grandfather, passed away with his devoted wife and children by his side, on July 6, 2019 at Morristown Medical Center in Morristown, NJ. He was 83 years young.

Gary was born in West Chester, PA and was raised in both Millburn, NJ and the New England states.  He fast became a New Englander at heart and happily spent most of his summers in Maine. He absolutely loved the coast and anything nautical; the ocean, ships, fried whole belly clams and a cup of “chowda”--that was his happy place.  He was a devoted son who treasured his childhood memories, especially that of building well-constructed houses with his dad–a favorite being their Connecticut home where his parents retired.  Gary was raised a true gentleman with a refined appreciation for the arts.  Classical music stole a piece of his heart and he had the privilege, as well as talent, to study under Toscanini’s 1st chair violinist.  He also had the inherent ability to teach himself whatever instrument struck his fancy.  He was a well-rounded, good kid who, after graduating high school, chose to proudly serve our country in the Army National Guard.  Part of this time was spent working as a cook and true to his good-natured form, he embraced his role and took much joy in making his fellow servicemen satisfied with a quick-witted joke, amusing stories and a meal as good as mom’s.  Later years gave way to Gary carving out a successful career for himself in Information Technology and fast entered higher management in the area of computer operations.  He excelled in his career and retired in 1998 as an IT Manager for Ingersoll Rand.

Gary loved spending quality time with his family in Ogunquit, Maine, especially at the Marginal Way, Perkins Cove and the Nubble Lighthouse in York.  Other favorite pastimes were model trains and watching a good playoff game that demonstrated the same resilience, strong will, and vigor he possessed till his last day.  He was the kindest, most respectful, honorable, faith-filled man with the gentlest soul; the true essence of character that will be remembered as the last of a dying breed.  He will forever be missed.

He leaves heartfelt and everlasting memories to his beloved wife of 35 years, Adriana Beumee; his adored son with his late wife Edith “Edie” Beumee, Joseph Gary Beumee, Jr. and his wife Lisa; his loving step-daughters, Denise DeBalfo and Karyn Ambrosio and her husband Louis; and his cherished grandchildren, Madison, Ian, and Hayden Beumee and Karis Ambrosio.

All services will be private. Memorial Donations are being accepted by way of www.inmemof.org to Paralyzed Veterans of America or American Diabetes Association. Please feel free to leave a condolence, light a candle, and share your favorite memory of Gary with us.

Share Your Memory of
Joseph "Gary"
Upload Your Memory View All Memories
Be the first to upload a memory!