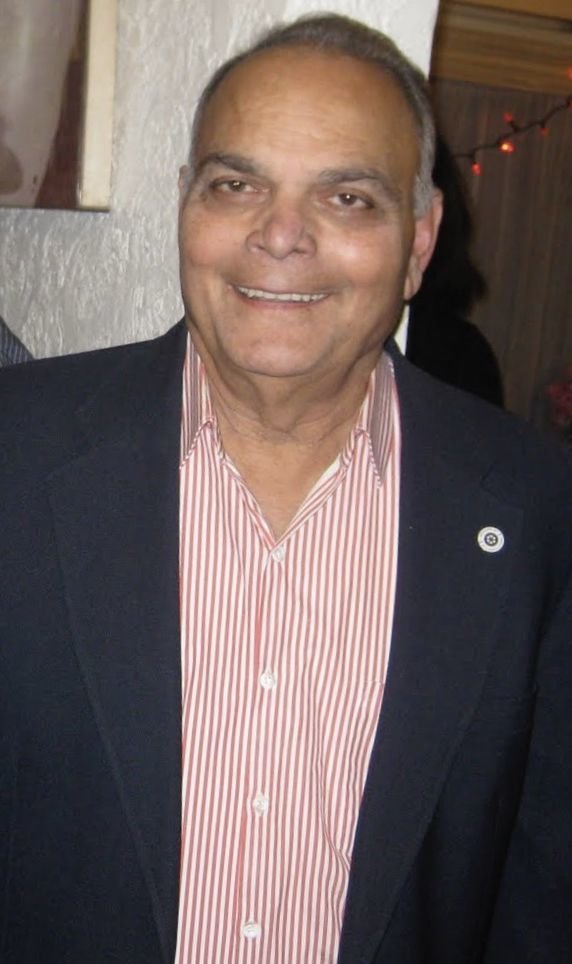 Obituary of Gopal U. Rao

Gopal U. Rao of Rockaway Township, NJ passed away peacefully with his loving family by his side on Monday, May 6, 2019. He was 83 years young.

Born and raised in Mulki, India to the late Srinavas Shanbhogue and Ratna Bai, Gopal was one of seven children. He was very accomplished and had a strong belief in fairness, equality, and justice. Gopal received his Bachelor’s Degree and a Masters in Economics in Mumbai, India and came to the United States in 1961 to earn his MBA from the University of Chicago. While working in Des Moines, Iowa, he met the love of his life, Theresa Marie Schmid and they were married in July 1965. In 1970, Beneficial Finance Corp. recruited Gopal for his talents and the Rao family relocated to Rockaway, NJ. He was included in Who’s Who in Finance and Industry and Who’s Who in the World several years during his career. He retired in 2001 as Vice President of Chase Manhattan Bank in NYC, right before 9/11, which was a relief since he had worked in the World Trade Center for many years.

Gopal was a dedicated member of Denville Rotary and was active as the liaison with the Morris Knolls Interact Club. His childrens book, Elephant Baby, was published in several languages.

An avid tennis player, he passed along his love for the sport to his children. He was a natural, amazing chef who loved to be in the kitchen and keep his family nourished with fresh foods. His witty sense of humor made him even more beloved. Gopal and Terri traveled the world together, but Gopal’s favorite place to visit was the ocean…especially Fort Myers Beach, FL and the Jersey Shore.

Above all else, his family was the first priority in his life. Gopal was a loving husband, doting father, exceptional grandfather, protective sibling, and trustworthy friend. His ability to assess a situation and offer well-thought advice will be sorely missed. He will forever be treasured in our hearts and his legacy will continue on for generations.

Gopal leaves behind his beloved wife of 54 years, Terri, and their loving children: Ashok Gregory Rao and his wife Keelie; Sheila Rao and her partner, Thomas McArdle, Jr.; Chandani Rao and her husband Todd Slaughter; and Anand Rao and his wife Hema. His cherished grandchildren: Avani Christine, Anika Anne, and Sameena Elizabeth Rao; Maya, Naina, and Deven Slaughter; and Kalan Rao. He also is survived by his caring brother, Vasudev Rao, his wife Sujala and his nephew Vaibhav; and many more extended family and friends. Gopal was predeceased by his siblings: Mohan, Laxman, Prabhakar, Radha, and Nalini.

Memorial Visitation will take place on Saturday, May 11, 2019 from 3 – 6 pm with a service beginning at 4 pm. Memorial contributions in Gopal’s memory may be made to Denville Rotary Club or to St. Jude Children’s Hospital by way of www.inmemof.org.

Please leave a condolence, light a candle, and share a special memory of Gopal with his family.

Share Your Memory of
Gopal
Upload Your Memory View All Memories
Be the first to upload a memory!