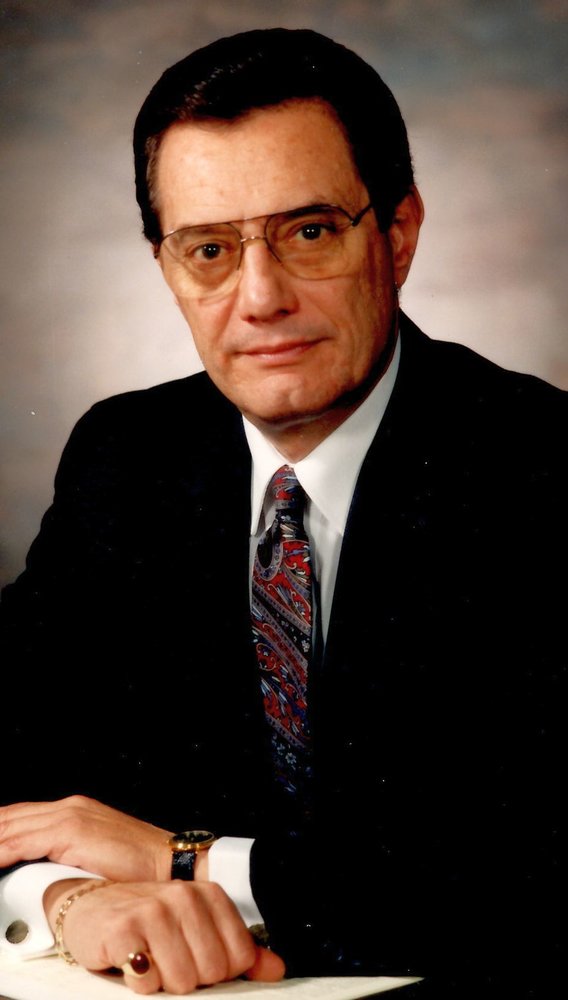 Get Directions
Saturday
4
May

Get Directions
Monday
6
May

James J. Rosenberg passed away on April 24, 2019, after a brief illness. Born in Weehawken, New Jersey, he was the son of the late Aaron and Anna Ullrich Rosenberg. He is survived by his wife of 52 years, Jeanne Rosenberg, as well as daughter Rachel Onufrak and her husband Matthew of Dover, NJ. There are two grandchildren, Mia Brooke and Nikolas Matthew Onufrak. Also surviving is his brother-in-law, Carl Rohacek of Rye, NH, sister Ann Roberts Brice of Rockway, NJ, niece, Ava Rohacek and nephew, Zack Rohacek. Jim is also survived by many beloved cousins, including members of the Ullrich, Walsh, Arzinger, Tracy and Banks families. He was preceded in death by his daughter Linda Rosenberg.

Jim grew up in Fairview, NJ, attending local schools. Upon graduation, he joined the NJ Army National Guard [full-time]. After ten years, he attended Officer Candidate School and graduated as a 2nd Lieutenant. He was appointed Adjutant, and then Logistics Officer on the Nike Hercules Missile Site in Livingston, NJ. When the Nike Missile Program was terminated, Jim stayed in the National Guard as a part-time soldier, and accepted a position as Purchasing Agent for the County of Morris, NJ. After ten years, he was appointed as the Director of Purchase & Property for the New Jersey Treasury under Governor Tom Kean. After graduating from the University of New York with a BS in Business, Jim was appointed to the position of County Administrator of the County of Morris, NJ. He held this position for fourteen years until retiring in 2005. He had a long and distinguished career in both State & County governments, as well as in the National Guard, which he retired from as a Colonel, Military Police Corps. He held several positions in his military career including Company Commander, Adjutant, Secretary to General Staff and Provost Marshal, 50th Armored Division. Jim received numerous awards including two US Army Meritorious Service Medals, an Army Commendation Medal and an Army Achievement Medal. Most recently, Jim was a US Coast Guard Auxiliarist in Ocean City, Maryland where he was a Flotilla Commander. He was then elected to the position of Division Commander, Division 12, Eastern Shore, 5th District. He also served as a member of the Ocean Pines Marine Advisory Board, the Worcester County, MD Solid Waste Advisory Board and the Worcester County Local Development Council for the Ocean Downs Casino, serving as Chairman in 2013-2014.

Visitation will be held on Saturday, May 4th from 3:00 to 6:00 p.m. at Norman Dean Home for Services in Denville, NJ. A Tribute Ceremony honoring the life of James J. Rosenberg will be held at 6:00 p.m. Interment will be in Denville Cemetery in NJ at a later date. In lieu of flowers, a donation in Jim’s memory may be made to: Coast Guard Mutual Assistance Fund, 1005 N. Glebe Rd. Arlington, VA, 22201.