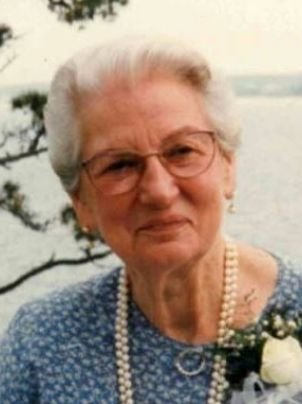 Born Elizabeth Suplina in Brooklyn on December 18, 1919, Elizabeth (known as "Betty" to her family and friends) met Casimer "Cas" Vance at a Croatia club gathering in Manhattan, and the two were married in 1940. They raised their three children in Brooklyn and lived in the borough's Bay Ridge neighborhood until 1981.

After living in Brooklyn for 62 years, Betty moved with Cas to Whiting, New Jersey, where the two resided until they relocated to Franciscan Oaks in Denville in 1999. Betty and Cas celebrated their 70th wedding anniversary in 2010, a year before Cas died at the age of 95. Betty continued to live at Franciscan Oaks until her death.

Family and friends will be received on Thursday, April 18, 2019 at Norman Dean Funeral Home, Denville, NJ from 9-10:30am. The funeral service at St. Catherine of Siena Church, Mountain Lakes, NJ follows at 11 am, April 18, 2019. Burial will be private.

In lieu of flowers the family asks that donations be made to the Visiting Nurse Association of Northern NJ Foundation, 175 South Street, Morristown, NJ 07960.

Share Your Memory of
Elizabeth
Upload Your Memory View All Memories
Be the first to upload a memory!