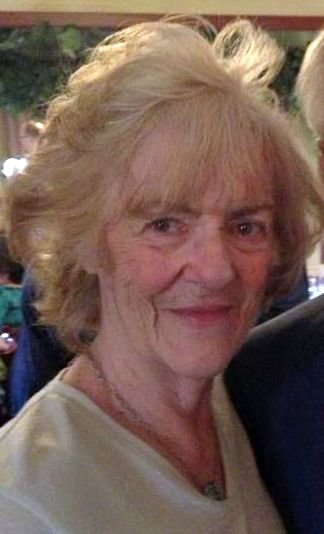 Florence Elizabeth O’Shaughnessy, of Denville, formerly of Vernon, passed away peacefully on Friday, February 15, 2019 at Morristown Memorial Hospital in Morristown. She was 82 years young.

Born in Manhattan to the late John O’Connell and Elizabeth (O’Brien) O'Connell.  Florence was raised in The Bronx, NY, where she attended St. Simon Stock School and graduated from Aquinas High School.   Upon graduation she secured a job with the Federal Bureau of Investigation.  Where she worked as an executive secretary for a number of years.   Florence married Frank O'Shaughnessy on October 24th, 1959.  They moved to Cape Cod, MA, where they made many wonderful memories.  It is a place they both held dear to their hearts.  Eventually they settled in Vernon, NJ where she would raise her children.  Vernon became "Home" to Florence, but she was a New York Girl at Heart and was proud to say she was from The Bronx.
Florence was very proud of her Irish Heritage.  Some of her greatest memories were from the times she spent in Ireland.  Seeing where her family was from and getting to spend time with the many cousins she had there. She was a devout Catholic and never lost her faith.  She was also a very strong woman.  She beat lung cancer and breast cancer without giving it a second thought.

Florence was also, a very hard worker.  Her most recent career was in banking. She started out at The Sussex County State Bank as a Bank Teller and through dedication and a strong work ethic, she retired as Branch Manager. Even after retiring, she continued working until the age of 75.

She was a Wonderful, Loving, Mother and an Amazing Nanny to her two Grandchildren, Who she cherished more than anything. Words can not express how much her two Granddaughters meant to her.  They simply were, the light of her life.
She will forever be treasured in our hearts and Memories.  She will be missed tremendously by those who loved her so dearly.

Public Visitation will be held on Monday, February 18th from 4 – 8 pm at Norman Dean Home for Services, 16 Righter Ave., Denville. Mass of Christian Burial will be held on Tuesday, February 19th at 10 am at St. Mary’s RC Church, 15 Myers Ave., Denville. Burial will follow at Denville Cemetery. Please leave a condolence, light a candle, and share a memory of Florence for her family.