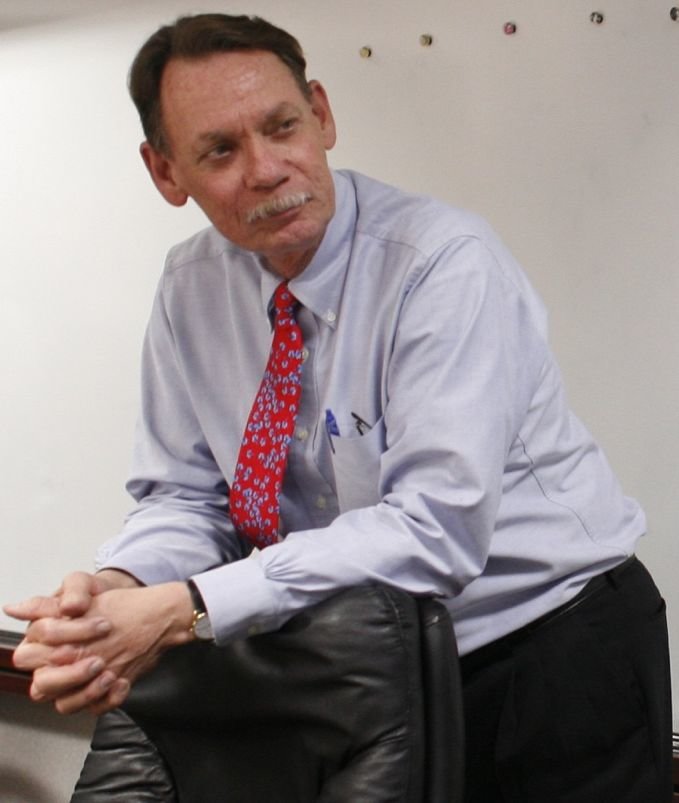 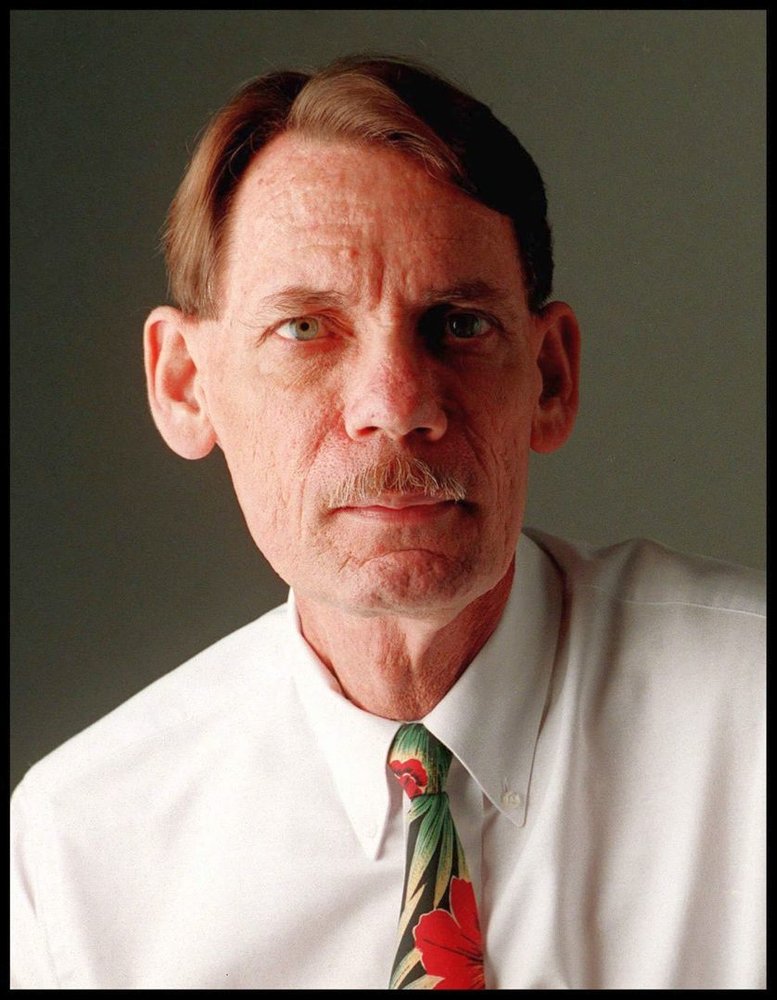 Memorial Service will be held on Sunday, May 5th at 1 pm at the Newark Museum, 49 Washington Street, Newark, NJ 07102, in the auditorium.

Written by - Ted Sherman from The Star Ledger

Lanky and laconic, with a pronounced Texas drawl and a sly smile, Charles Cooper seemed the embodiment of a Western hero. Known to everyone simply as “Coop,” he could say more than most people by not saying anything at all.

He was the sheriff of the newsroom.

Cooper, a former managing editor of The Star-Ledger, died Saturday from complications following heart surgery. He was 76.

Responsible for getting the paper out every night, Cooper was typically calm, cool, and unflappable. Despite his “when I got something to say, I’ll say it” manner, he was frequently funny and could channel the chaos of a breaking news story on deadline as if corralling a runaway cattle stampede.

“He made us look good again and again,” said retired editor Jim Willse, who took over the reins of the paper in 1995 and brought Cooper to The Star-Ledger as part of a reinvigoration of the state’s largest newspaper that led to three Pulitzer Prizes.

Willse said Cooper was “sort of the prototypical taciturn Texan” in an often-boisterous business.

“He didn’t have a lot to say but when he did, he was worth listening to,” Willse said, recalling some of the Cooperisms used with editors, reporters, photographers and the copy desk when he wanted to impose a sense that deadline was fast approaching — in an age before online news made it critical to get the presses rolling on time and the newspaper on the delivery trucks before the dawn.

“Let’s get going. We’re burning daylight,” Coop would say. Or, “There’s no penalty for being early.”

Every night, remembered Willse, Cooper would find a way to “channel all that unruly talent in the newsroom into an actual newspaper. And the newspaper would turn out to be well organized, stylish and very often quite a lot of fun.”

Cooper made news the day he was born. He was the first baby of the year to be born in 1943, in the tiny Kansas town of Stafford, according to his wife of nearly 50 years, Mercedes. It was not his home town. His family had been visiting relatives at the time, she said, and Cooper grew up more than 500 miles away in Midland, Texas. Despite his Kansas birth, though, he always considered himself a Texan.

He joined the U.S. Army before he graduated high school, serving overseas during more than six years of duty, where he first worked as a sports writer for the newspaper of the Third Armored Division, which was stationed in West Germany for most of the Cold War. Later, he worked for the European Stars and Stripes, the U.S. military newspaper.

Eric Meskauskas, an Army buddy and long-time friend who later became director of photography at the San Francisco Examiner and New York Daily News, said Coop’s road passion was not a cowboy’s dusty pickup truck. It was Formula One auto racing, and he covered the chic Grand Prix circuit in Europe.

“He enjoyed the whole scene,” said Meskauskas, who had given Cooper his job as sportswriter for the Third Division newspaper.

Cooper met his New York-born wife while stationed in Germany and the two were as different as a guy from Texas and a girl from Brooklyn could be, but complemented each other.

“His family can sit in the room for 20 minutes and not say anything. I grew up in a family of screamers,” she said. “We had this joke. We said he and I are from different tribes.”

After two tours with the Army, Cooper remained for a time in Europe where he wrote for the Overseas Media Group in Germany, and then worked as a freelance writer in Spain. Upon returning stateside, Cooper attended the University of San Francisco and began a string of newspaper jobs that would take him across the country.

He worked for 14 years at the San Francisco Examiner where he met Willse, serving in news and sports editorships. He returned to Texas to become managing editor and editor of The Houston Post, and managing editor of the Dallas Times Herald. And then back again to the Bay Area, where he was editor of The Daily Review in Hayward, Calif., as well as managing editor for production for other newspapers in the Alameda Newspaper Group.

Peter Bhatia, now editor of the Detroit Free Press, worked with Cooper both in Dallas and San Francisco.

“I learned so much from him over the years. Talk about unflappable. Nothing ever got to him,” he said remembering the Examiner’s marshaling of Super Bowl coverage in the championship years of the San Francisco 49ers under coach Bill Walsh and quarterback Joe Montana. In Dallas, he spearheaded a series of special projects, including a look at what drugs like cocaine and heroin were doing to the city — more than a generation before the opioid epidemic took hold in the nation’s consciousness.

“Coop was just someone you could always count on,” said Bhatia. While he never heard him raising his voice, he said Cooper could be firm with people and knew how to get his point across with nothing more sometimes than arching an eyebrow.

“We worked with a lot of characters. He was so effective with those people,” said Bhatia. “You knew you were in trouble when he looked at you over his glasses.”

An avid golfer, Cooper had dreams of being a great on the greens, and had to settle for “just being OK,” Bhatia joked. But he closely followed the PGA Tour and his knowledge of the game was unchallenged, said many of those who played with him. He had rows of golf balls, some on his desk, and ball markers — all with the insignia of courses he’d played.

“It was impossible not to know his favorite sport when you walked into his office," said Amy Ellis Nutt, a former reporter at The Star-Ledger. “I think he might also have had a putter at the ready."

Coop was one of the first people hired when Willse took over as editor of the The Star-Ledger.

“Coop was a quiet presence in the newsroom,” said Nutt, who won a Pulitzer Prize for feature writing during her tenure at The Star-Ledger. “You never knew what he was thinking, but in times of major breaking news he conveyed a steadiness that reassured reporters and editors alike. Coop was someone you could always turn to when you needed help finding a source, direction with reporting or simply the confidence to stay with a story that had hit the wall.”

She still could remember the time he parted with one of the golf mementos that filled his office when she was down about a busted story.

Rick Everett, who had responsibility for the news operation at the Star-Ledger, called Coop one of the calmest guys under pressure he ever saw. “His news judgment was just impeccable,” said the retired managing editor. “He used to tell me I brought the groceries and he made the meal.”

After his retirement in 2009, Cooper remained in New Jersey, where he lived with his wife in Murray Hill. He wrote book reviews for The Star-Ledger and also worked as a media training consultant at Northrop Grumman.

M. Mercedes Cooper said there will be no funeral, but a memorial service to celebrate her husband’s life will be held later this year. She said his cremated remains will be inurned at Arlington National Cemetery.

In addition to his beloved wife, Cooper is survived by a brother, James, of Midland, and nephews, Donald and Chris Cooper.

Donations can be made in Coop's memory to the Gift of Life Family House, 401 Callowhill Street, Philadelphia, PA 19123 or online at www.GiftofLifeFamilyHouse.org.