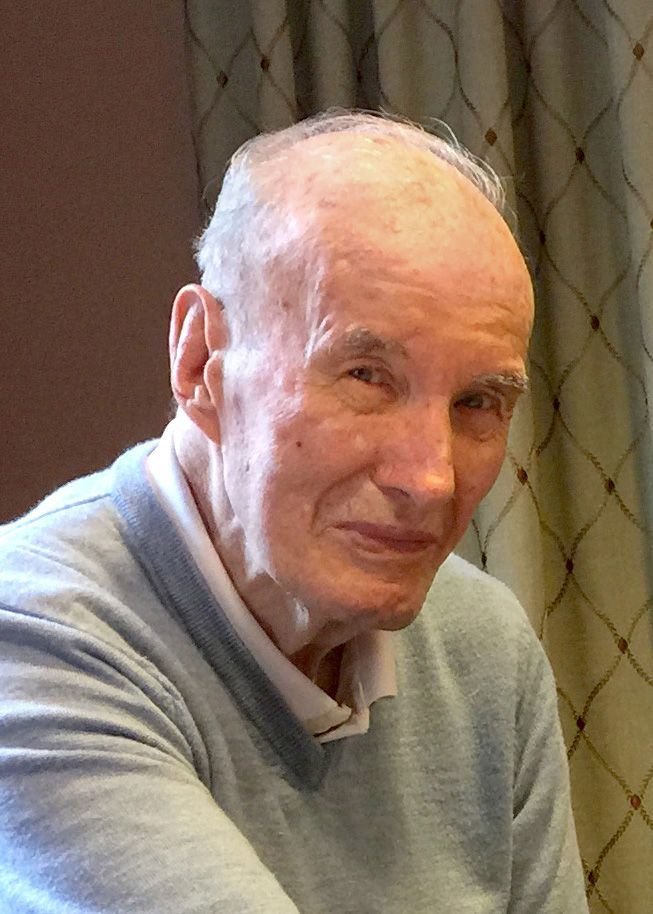 Obituary of David B. Ferguson

David B. Ferguson Sr. passed away at his home in Boonton Township, NJ on September 30, 2018, at the age of 94. Born in Orange he grew up in Springfield and had lived in South Orange, NJ before moving to Boonton Township, NJ in 1982. Dave proudly served in the U.S. Navy during WWII. He graduated from Columbia High School in 1943, attended North Western University while in the Navy and graduated from Upsala College. He worked as a sales manager for Swift and Company as well as Berwick International before retiring in 1986. He was a coach for the South Orange Rotary Little League and was a Mason at Century Lodge in South Orange, NJ for 65 years. Dave was an avid NY Yankees and Brooklyn Dodgers fan, but above all else he was a family man. He was predeceased by his beloved wife of 51 years, Betty (Boon) Ferguson in 1997, and his son in law Glenn Schock in 2017. Dave is survived by his loving wife Cathy (Thompson) Ferguson, children David B. Ferguson Jr. and his wife Debra of Lake Hopatcong, NJ, Dale Schock of Landing, NJ, and Donald Ferguson and his wife Cindy of Randolph, NJ. He is also survived by his Grandchildren Jennifer and her wife Stacy, Jodie and her husband John, Dana and her significant other Mat, David III, Kelly, Donald Jr., Courtney, Carolyn, and his great grandson Nicky. A memorial service will be held on November 18, 2018, at 2PM, at the Denville United Methodist Community Church, 190 Diamond Spring Road Denville, NJ under the direction of Norman Dean Home for Services 16 Righter Ave Denville, NJ 07834 www.normandean.com. Memorial donations can be made in his memory to: American Cancer Society by way of www.inmemoryof-memorial.org.