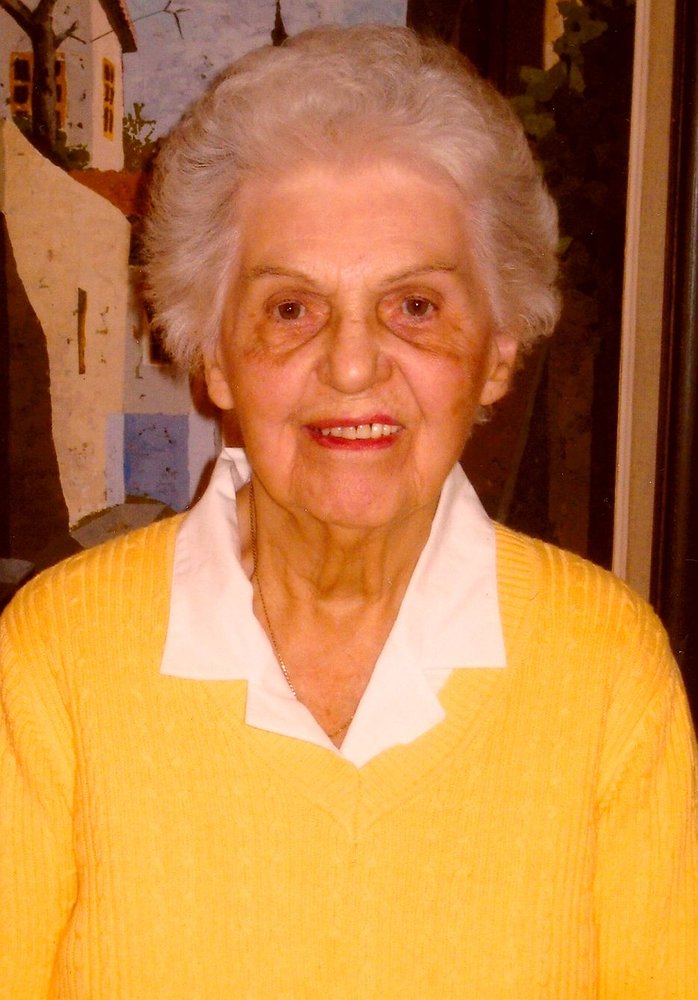 Irene F. Kennedy, of Wyckoff, passed away peacefully surrounded by her loving family on Monday, April 2, 2018 at The Oaks Healthcare Center. She was 94 years young.

Born and raised in Detroit, MI to the late John and Julia Wajda, she was one of 6 children. Irene married James on May 7, 1949. It was then that she found her true calling, being the best wife and mother that she could be. Her husband, children, and grandchildren were always her first priority in life. She made sure they all had family dinners together every night possible; she was a fantastic cook. She was also an amazing seamstress and made clothes, among other things, for her children. Whenever able, she loved to play card games. She has left us with a legacy of unconditional love that will live on forever.

She leaves joyful memories to her husband of 69 years, James J. Kennedy; her adored children, Kathleen McDonough of Holliston, MA, Eileen Ashtiani and her husband Jay of Norcross, GA, Kristeen Kaczka and her husband Robert of Danbury, CT, James Kennedy and his wife Judy of Ramsey, Michael Kennedy of Hawthorne, and David Kennedy and his wife Nancy of Ridgewood; her cherished grandchildren, Bridget, Patrick, and Ryan McDonough, Evan Kaczka and his wife Eryn, Jon Kaczka, Justin Ashtiani, Cameron and Hailey Kennedy, and Michael and Matthew Kennedy; her caring siblings, Gerald Wajda and his wife Pat, and the late Marie Tracz, Barry Wajda, Louis Wajda and John Wajda; and many nieces, nephews, extended family and friends.

Memorial Mass will be held at 10 am on Saturday, April 7th at St. Elizabeth Church, 700 Wyckoff Ave, Wyckoff, NJ 07481. Please leave a condolence and special memory for her family. There will also be a Celebration of Life at a later date to be announced.