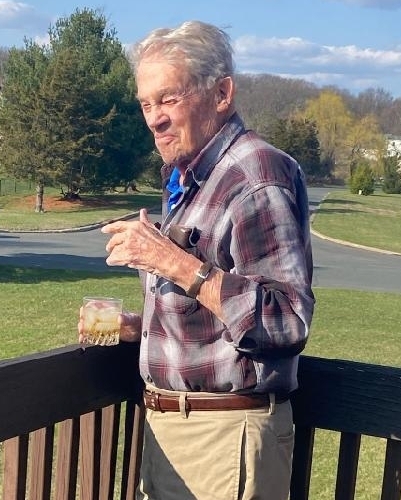 Please share a memory of Bruce to include in a keepsake book for family and friends.
View Tribute Book

Bruce Bessemer, Jr. passed away peacefully and surrounded by family in Denville, NJ, on Wednesday, January 4, 2023 at the age of 94. Bruce was a loving father, grandfather, great grandfather, and friend to many.

Bruce was born in Massachusetts, moved to New York then finally settled down in New Jersey at the young age of 14. He completed his education at Mountain Lakes High School. After he found the love of his life Edna and they married and raised their family in Mt. Tabor. Shortly after getting married Bruce proudly served his country in the Unites States Airforce. Once he was honorably discharged, he then began his career. He was a loyal employee to Warner Lambert in Morris Plains where he worked as a Data Processing Manager for 44 years before retirement. Before and after retirement Bruce loved spending his time playing golf, drinking scotch, going to the shore, hanging out by the pool, and most importantly spending time with his wife and grandchildren.

Share Your Memory of
Bruce
Upload Your Memory View All Memories
Be the first to upload a memory!
Share A Memory