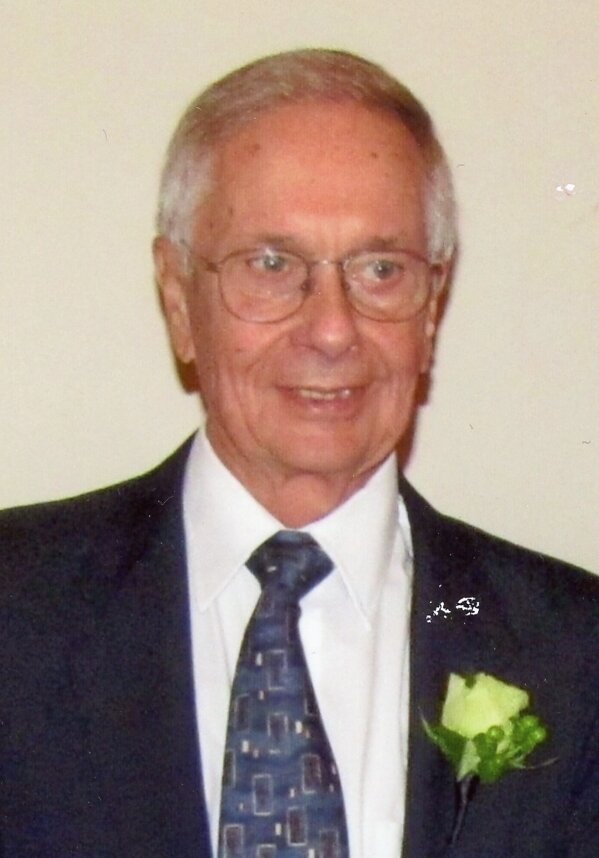 Please share a memory of Thomas to include in a keepsake book for family and friends.
View Tribute Book

It is with deep sorrow that we announce the passing of our beloved Thomas J. Spott. He passed peacefully on January 1, 2023 at his home in Denville, NJ surrounded by his family. Tom was 90 years old.

Tom was born on May 18, 1932 to Walter and Lorena Spott and grew up in Verona, NJ with his siblings. He survived a case of Rheumatic Fever at a young age and it was during his recovery that his love of drawing blossomed, which led to years of creative expression both personally and professionally. Tom met the love of his life during a high school dance and married Judith (O’Connell) in 1954.

Tom joined the Navy, serving as a Radarman in the Combat Information Center on the USS Hickox. The Navy offered Tom several years of traveling the world including crossing the Arctic Circle. He talked often of surviving a 90° roll of the ship during a hurricane. Tom and Judy started their family when their first child was born on base in Newport, RI.

After the Navy, Tom earned his private pilot’s license. He often enjoyed taking his family and friends on beautiful leisure flights around the Northeast. A favorite pilot’s tall-tale involved “alleged mechanical failure” which necessitated a safe emergency landing on a freshly built and, as yet unopened, highway in Morris County, NJ.

Tom and Judy moved to Denville, NJ in 1963 where they raised their four children, Rick, Steve, Cathy and Carrie.Tom was very active in the community serving as a member of the Recreation Committee, the Denville TV committee, and routinely volunteering for his church. He was also a band parent for Morris Knolls Marching Band, and most notably, as a handler for his therapy dog, Abbey, through Bright and Beautiful Therapy Dogs. For 12 years, Tom routinely brought Abbey to visit both the Regional Day School and Merry Heart Nursing home. He was always quick to help out the neighbors with snow removal or, from years ago, provide any of the neighborhood children sleigh rides, whether it was on his street or out on community hills.

Tom’s love of dogs was renowned and he was rarely without a dog. He raised Queenie, Penny, Ginger, Brandy, Bonnie and Abbey. One could suggest that if you were Tom Spott’s dog, you were living the high life! This love of dogs and how to raise, train and care for them, carried over to all of Tom’s children and grandchildren.

The love of the outdoors highlighted Tom’s recreational interests which included biking, hiking, cross country skiing, dog walks, and vacations to various coastal regions in New England and South Carolina, but especially to the Adirondack Mountains in NY. Tom and Judy enjoyed many years at their mountain home there, entertaining family and friends in all seasons and holidays. The Tourne in Boonton was one of Tom’s favorite places to visit and he continued to hike there often for years.

Tom loved a cold Coors light and a Giants game. He lived to see his beloved Giants earn a spot in the play-offs this year! His mantras were safety first, and take your time finding a parking space.

He enjoyed a long life highlighted by his first and only love, Judy. His calm, quiet presence and kind and loyal manner are the gifts that he gave to all those who knew him and this is his true legacy.

A Visitation will be held on Monday, January 16th from 10-12pm at Norman Dean Home for Services, 16 Righter Avenue, Denville. A funeral mass will follow at 1pm at St. Marys Parish, 57 Meyers Ave, Denville, NJ 07834.

In lieu of flowers, the family asks that you consider a donation in Tom’s name to the Hospice division of VNA/NNJ at https://www.vnannj.org/donate.html

Share Your Memory of
Thomas
Upload Your Memory View All Memories
Be the first to upload a memory!
Share A Memory