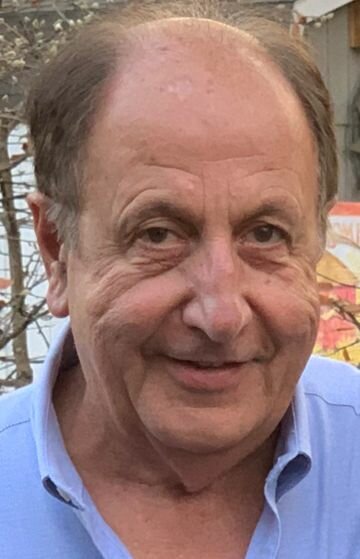 Please share a memory of Raymond to include in a keepsake book for family and friends.
View Tribute Book

Raymond Basil Tahan passed away suddenly at St. Clare’s Hospital in Denville on December  30, 2022, at the age of 74.

Born and raised in Paterson, New Jersey, he was a 1965 graduate of Don Bosco Tech.  He later lived in Belleville before moving to Rockaway Twp. 35 years ago.

Ray proudly served in the United States Air Force during Vietnam.  Upon returning from the service, he owned and operated “J & B Deli” in Bloomfield, and then the “Salad Bowl” in Belleville between 1970 and 1985.  He later owned “Happy Time Travel Agency” with his wife Sarah in West Paterson. His passion for cars and entreupreneur spirit lead him to establish “Marcella Cars” in Rockaway Twp. He was a devoted husband, father, Giddo (grandfather), brother, uncle, cousin and friend to many.  Ray was an active member of and involved in various local community boards and committees. His love of British sports cars contributed to his association with numerous organizations such as Jaguar Auto Group, New Jersey Triumph Club, et al. Those who knew him well, understood that the only thing that was more important than cars, to Ray, was spending time with his grandsons and family.

He was predeceased by his beloved wife of 31 years, Sarah Diane (Roberts) Tahan in 2014.

Interment will follow at Holy Sepulchre Cemetery in Totowa.

Memorial donations can be made in his memory to St. Simon the Apostle Church by way of inmemof.org.

Share Your Memory of
Raymond
Upload Your Memory View All Memories
Be the first to upload a memory!
Share A Memory