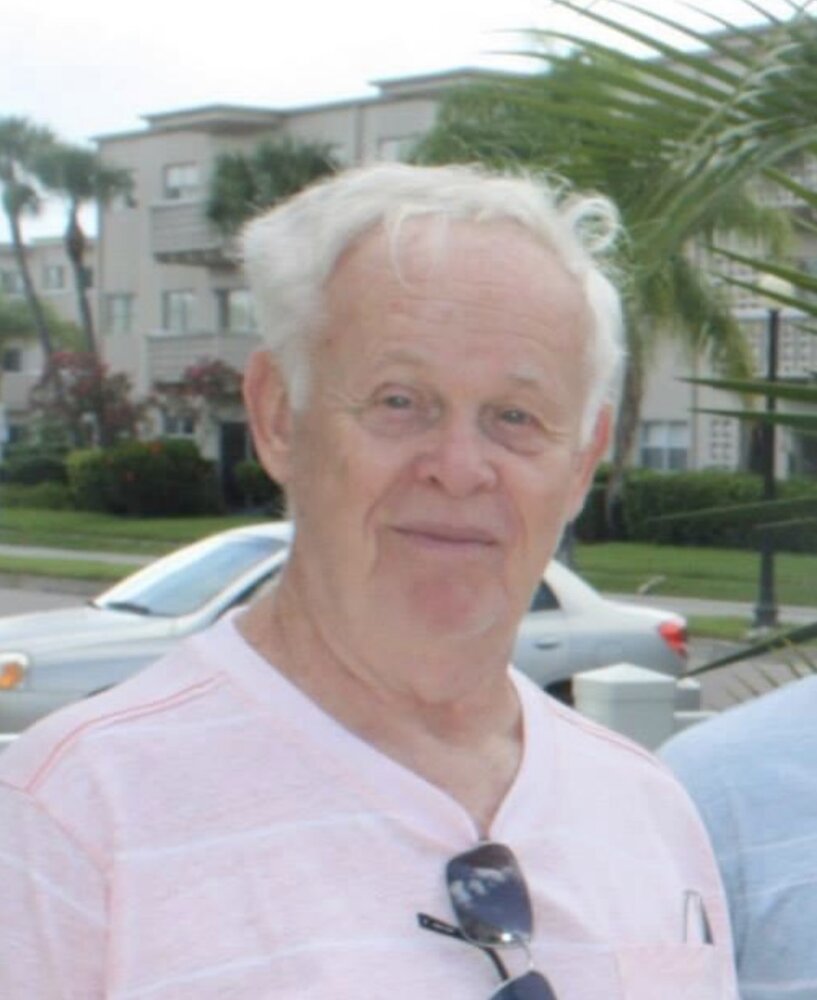 Please share a memory of David to include in a keepsake book for family and friends.
View Tribute Book

We are deeply saddened to announce the passing of David Jon Welch, who passed away at St. Francis Reflections LifeStage Care in Titusville, Florida, on December 26th, 2022. Though the loss of this man is a harsh one, we take comfort knowing he spent one last Christmas with us before being called to Heaven.

David was born on February 1st, 1937, to George Welch and Edith Crawford. He was raised alongside his brother, Stuart, and his sister, Ellen, in Newark, New Jersey. He attended Newark Boys Technical school and went on to join the Navy after graduation. While serving in the Navy, David was set up on a blind double date by a friend. Little did David know, this double date would lead to him meeting the love of his life. After a night of bowling with another couple, David knew his date, Florence, was the one. David and Flo were married in May of 1959.

The pair went on to raise six wonderful children after moving to Denville, New Jersey. David worked as an electrician for his entire life, owning his own business, Primary Electrical Service, for a number of years, and supervising a “knock-down” crew for the New Jersey Department of Transportation for the last years of his career.

After retirement, David convinced Flo to move with him to Florida to enjoy the slower pace of life. It was there that David became a Lay Eucharistic Minister and travelled to different hospitals to give communion to those who couldn’t make it to church. He was an active member of the Church of Our Savior Roman Catholic Church in Cocoa Beach. In his free time, David enjoyed the simple things in life; being in nature, going to a nice restaurant, and even writing some poetry. David accomplished something that many aspire to, but few actually achieve, writing a book. David wrote and published his early childhood memoir, “A Matinee Child” in November of 2014.

David lived a long and full life, and will be remembered as a devoted husband, caring father, and loyal friend. And though his absence is painful, we are happy to know that he is reunited with his son, Donald, and his sister, Ellen, who have both predeceased him. David is survived by his wife, Flo Welch, his brother, Stuart, his children, David (Patricia), Steve (Gerry), Sue (Fred), Ken, Kevin, his 10 grandchildren and 5 great-grandchildren. The family asks that you consider donating in David’s memory to the Alzheimer’s Foundation of America by way of inmemof.org

Hours of visitation for David are scheduled for Monday, January 2nd, 2023, from 4 to 7 PM at Norman Dean Home for Services, 16 Righter Avenue, Denville, NJ, 07834, www.normandean.com.  The Funeral service for David will be held on Tuesday, January 3rd, 2023, at 11 AM, at Norman Dean Home for Services. Interment will follow at Pleasant Hill Cemetery in Chester, New Jersey. The service will be livestreamed on YouTube for those unable to join in person.