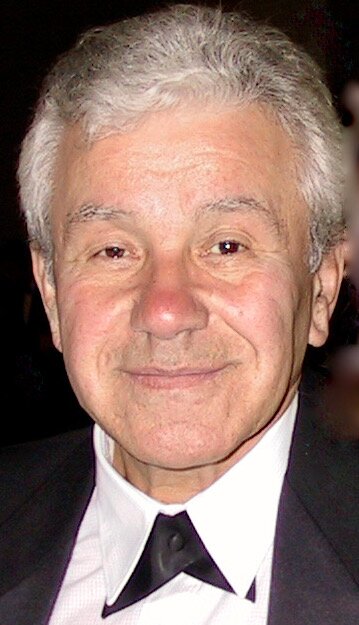 Please share a memory of Sandor to include in a keepsake book for family and friends.
View Tribute Book

We regret to announce the passing of Sandor Tiger, who lived to the age of 82 before passing away at Morristown Memorial Hospital in Morristown, New Jersey. Though his passing brings us great sadness, we take comfort in knowing that he is reunited in heaven with his wife, Julianna, and his family members who have predeceased him.
Sandor was born on February 8 th , 1940, to Lajos and Anna Tiger in the town of Kaposvar, Hungary. He grew up there, alongside his siblings, Anna, Ilona, and Lajos. In the winter of 1956, as a result of the failed Hungarian Revolution and the escalating tensions, Sandor escaped from communism to Austria. Where he found himself along with many other young political refugees in a ‘lager’ near Hirtenberg. Sandor received an excellent trade school education during his time in Hirtenberg and found he excelled at being a machinist. Upon completing trade school, he and a few of his fellow graduates spent time in Vienna working various jobs. When the opportunity presented itself, Sandor then emigrated to NYC in the summer of 1963 where he soon found work at a printing press company in Mt Vernon, NY. Until his retirement, he remained in the printing industry and over the years worked his way from the front-line manufacturing division to ultimately the service division, which required him to travel around the world consulting on and servicing printing presses and offset presses.
He was also very involved with the immigrant Hungarian community and soon found himself settling down in Yonkers, NY and becoming a parishioner at St Margaret of Hungary Church. One thing that Sandor loved about his church community was their soccer league. He had a passion for soccer that lasted his whole life; he was either playing it or watching it almost every day. It was in this same Hungarian social group that Sandor met his wife, Julianna. The two got married in 1972 and had a baby girl who they named Ildiko. He and his wife remained in Yonkers until 2010 when they moved to Denville, NJ where Sandor and Julianna would spend their final years in the care of their daughter and son-in law. Some of his favorite hobbies when he was not working hard, were fishing, tinkering with the family cars, growing yummy Hungarian peppers in his garden and playing tennis and of course, soccer!
Though the loss of this life from ‘the greatest generation’ brings us sorrow, we are happy to know that his memory and his story is carried on by his daughter, Ildiko , and her husband, Robert Radics. Please keep them in your thoughts and prayers during this trying time in their life.
Though there are no services being held for Sandor, we ask that you send your condolences to his family as well as consider making a memorial donation in lieu of flowers to St. Ladislaus Catholic Church, 215 Somerset St, New Brunswick, NJ 08901.

Share Your Memory of
Sandor
Upload Your Memory View All Memories
Be the first to upload a memory!
Share A Memory