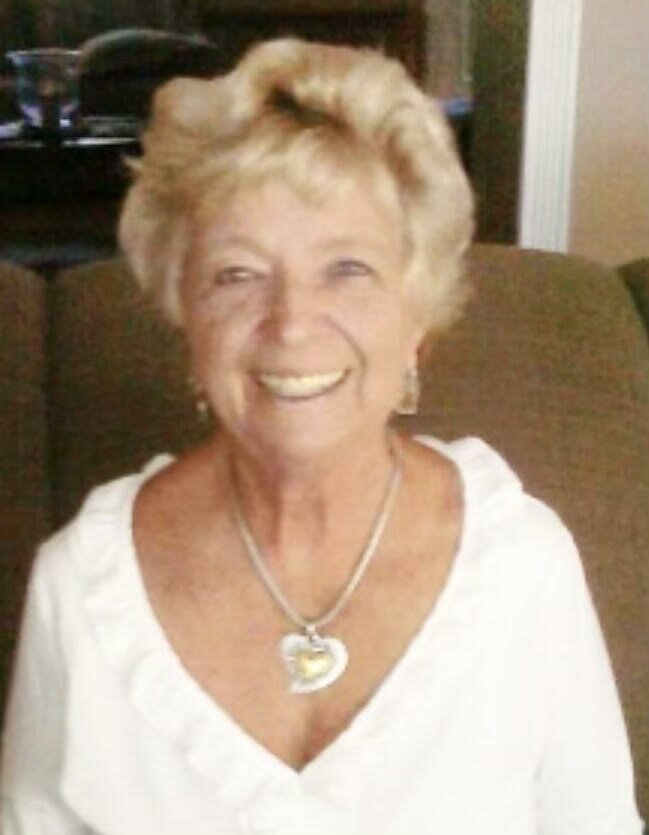 Please share a memory of Frances to include in a keepsake book for family and friends.
View Tribute Book

We are deeply saddened to announce the passing of Frances Rogan-Marron, who passed away on December 5th, 2022, at the Chelsea retirement home in Montville, New Jersey. She was surrounded by her loving family and is now at peace.

Frances Oppenheimer was born to Sidney and Mary Oppenheimer on November 28th, 1940, and was raised in the Bronx alongside her sister, Dottie. She attended Cathedral High School and graduated in 1959. Soon after, Frances found her first love and the one who would change her last name, John Rogan. They moved to Elmwood Park, New Jersey in 1967 and together, the pair brought 3 wonderful children into this world and raised them in a home surrounded by love. Sadly, John was taken from this life too soon, and passed away in 1986. Frances is remembered by her children as a strong, independent, and hardworking mother. She took evening classes to become a bookeeper. They remark that even as a young mother she was able to handle a day job, 3 children, all the cleaning, and still manage to have food on the table and help the kids with homework after. They say it was some sort of boundless energy, but the love Frances had as a mother for her children, she would do absolutely anything to support them. She was a caring and devoted mother who made the best out of what she had.

In the later years of her life, Frances reunited with an old high school friend Thomas Marron they fell in love and relocated to Florida. They belonged to the Moose Club and spent their time there making friends, dancing, singing and playing games like Shuffleboard, Bingo and Texas Hold ‘Em. Unfortunately, life had other plans, and once again, Thomas was called away from this life too early. We treasure the love and support that both John and Thomas gave to Frances as it was well deserved. Frances eventually made the move back up North, where she lived with her daughter and sons, dividing her time equally with each one before moving into The Chelsea. Even in her final days, she continued to enjoy playing dominoes with her children and grandchildren, never losing her edge or quick wit. Her family is grateful to have been able to be together to spend her 82nd birthday with her.

Though Frances has gone to her place of rest, we take comfort in knowing her memory lives on through those she leaves behind. She is survived by her children, Lore Diaz (Robert), John Rogan, Michael Rogan (Jeneen), her grandchildren, Jessica Conlon (Steven), Christopher Diaz (Nicole), Jennifer Adams (Cory), Patrick Rogan, Gianna Rogan, Michael Rogan, Christian Rogan, her great granddaughter, Eva Conlon, her sister, Dottie Hiep, sister in law Kathleen Rogan, nephews and nieces and a wealth of friends. Please keep the family of Frances Marron in your thoughts and prayers in the days to come.

Hours of public visitation for Frances are scheduled for Sunday, December 11th, from 2 to 6 PM at Norman Dean Home for Services, 16 Righter Avenue, Denville, New Jersey 07834, (973) 627-1880. A Funeral Mass is scheduled for the following day, December 12th, at 10 AM at St. Mary’s Roman Catholic Church, 15 Myers Ave, Denville, New Jersey. In lieu of flowers, the family asks that memorial donations in Frances’ name be made to St. Jude Children’s Hospital by way of https://inmemof.org/.