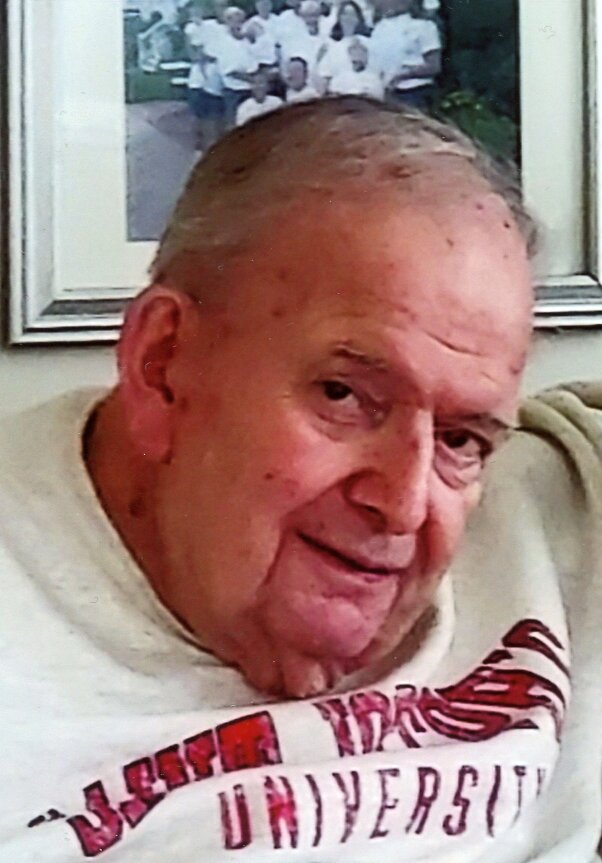 We are deeply saddened to announce the passing of Richard J. Maguire who passed away on November 28th, 2022, at Morristown Memorial Hospital after a brief illness. Living to the age of 85, Richard will be remembered for his dedication to his country and for his love for his family.

In March of 1937, Richard “Dick” Maguire was born to John and Etta Viola Maguire in Hadden Heights, New Jersey. He was raised alongside his five siblings and grew up surrounded by people who loved him. He went on to attend St. Joseph’s College in Philadelphia where he earned a degree in Physics. At one point, Dick was offered a job at NASA, but after speaking with his father, turned it down. At the same time, he met the love of his life, Patricia, and she soon made him forget about reaching for the stars. His star was on earth, and he married her. The pair were married on November 18th  and  this year marked 62 years of life and love,  raising  4 wonderful children together.

His children recall that their father was an avid baseball fan; always catching the latest Phillies game on TV. He also enjoyed basketball and football, his favorite teams being the Philadelphia Eagles and the St. Joseph’s Hawks. Dick also had a passion for photography. He was always taking the most beautiful photos of family events, outings including a walk-on field at Citizen’s Bank Park in an inaugural Phillie’s game against the Mets – over time he even worked as the photographer for St. Clement’s church for over 25 years. In his free time, Dick had an interest in genealogy and family history. He worked to trace his family line back centuries, and as the family expanded he ensured each new surname was added to his research. Through this he learned that his ancestors were a part of the American Revolution, which made him a certified Son of the American Revolution; a fact he was very proud of that fact. That sense of pride for his country led Dick to enlist in the Air Force in the 1960’s. He served during the Vietnam war from 1960 to 1966. His dedication and patriotism are inspiring and will not be forgotten.

Above all else, Dick loved his family. They were his number one priority and he loved them so deeply. As a true patriarch, he instilled the virtues of empathy, honesty and a strong work ethic. They remember him as being kind and caring, to never hold a grudge, a disciplinarian with a quick wit. He left an imprint on not only his children, but his grandchildren, who all felt the endless love of their grandfather.

Though it brings us great sadness to know that Dick is gone, we take great comfort in knowing that he is at peace, reunited with his daughter Nicole Dunning, his parents and his siblings. His survivors now carry the task of continuing his memory; his beloved wife, Patti, his loving children, Glenn and his wife Dawn Maguire of Budd Lake, NJ, Colleen and her husband William Zester recently relocated to Apalachicola, FL, and Samantha and her husband Tom Zaleski of Hazlet Twp., NJ.  He is also survived by his adoring grandchildren Marc Reeves, Trevor Maguire (Kaitlin), Brianna Bartlett (Robert), Lt. Connor Maguire (Samantha), Wyatt Zester, Erin Maguire, Zachary Dunning, Tyler Dunning, Harper and August Zaleski, as well as his brother Edward and his wife Carol Maguire of Tarpon Springs, FL. Please keep these people in your thoughts and prayers during this trying time in their lives. Also surviving are many nieces, nephews and Godchildren.

Hours of public visitation for Richard are scheduled for Sunday, December 4th, from

Memorial donations are being accepted in Richard’s name to St. Jude’s Hospital and the Boys Town organization and Wounded Warriors by way of inmemof.org.