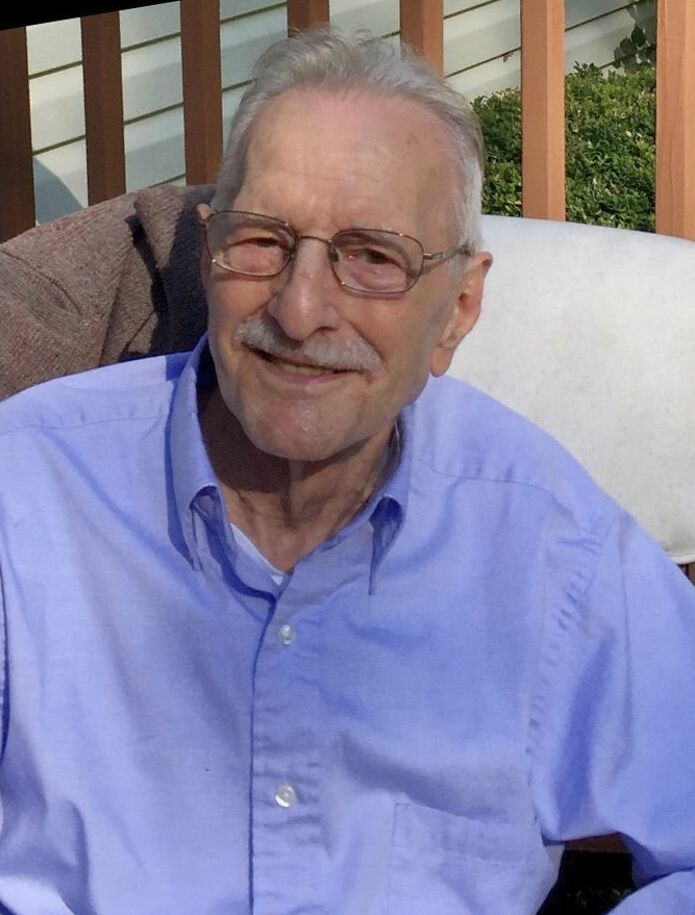 Joseph D. Longobardi, beloved husband of the late Elinor Rose Longobardi, father of three and grandfather of six, died peacefully in his home on Wednesday, November 2, 2022, at the age of 97. He was a veteran of World War II, and for three decades a member of the faculty at the State University of New York Maritime College.

Joseph was born on March 8, 1925, in Yonkers, New York, to Alphonsina (Sammarco) and Louis Longobardi, the fourth of seven children. In their early days in this country, Alphonsina and Louis had a grocery store, where Joseph and his siblings worked. He attended Yonkers public schools and soon after graduation shipped out for basic training at Fort Reilly, Kansas. He served in the 14th Armored Division of the U.S. Army from 1943 to 1946, providing support to combat troops in France, Germany and Belgium, maintaining heavy equipment to ensure its quick return to the front lines.

Back home, Joseph pursued degrees at Manhattan College and New York University. In the 1950s, he worked as an engineer at Aberdeen Proving Ground and Norden Laboratories, after which he joined the faculty of SUNY Maritime, where he was later appointed Professor of Physics. In 1978 he was named chairman of the college’s Science Department. His more than 30-year academic career, in which he taught and mentored scores of young merchant marines, and developed a nuclear engineering curriculum to enhance their training, ended with his retirement in 1990.

Joseph married Elinor Dalesio in 1960 and soon after settled in the Crestwood neighborhood of Yonkers, where they raised three children. He was an active parishioner at Annunciation Church in Crestwood and dedicated to his faith. Following their retirement, Elinor and Joseph settled in New Jersey, first in Morris Plains and later in Denville, at Franciscan Oaks. Joseph and Elinor were together for 56 years, until her death in 2017.

Joseph appreciated classical music, poetry, the natural world — but perhaps more than anything else, he appreciated his fellow man, talking to other people and getting to know them a little, sharing in their stories and their ideas. Many sought his advice and appreciated in return his generous spirit and character.

A Mass of Christian Burial will be celebrated on Tuesday, November 8, at 11 a.m. at St. Catherine of Siena Church in Mountain Lakes, where Joseph was a parishioner. Visiting hours will be held on Monday, November 7, from 5:30-9 p.m. at the Norman Dean Home for Services, 16 Righter Avenue, Denville, New Jersey.

Those who wish may make donations in Joseph’s memory to St. Jude Children's Research Hospital by way of www.inmemof.org. Please share your memories with his family here.