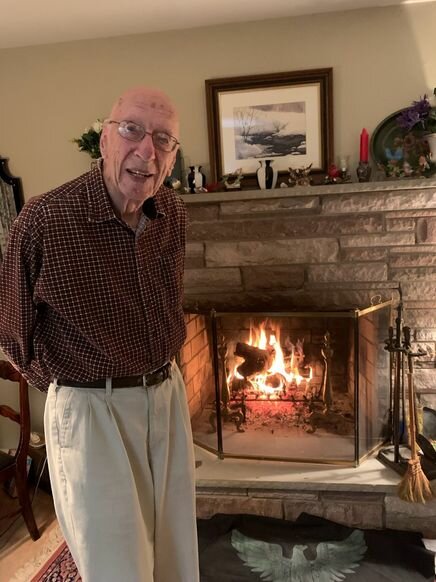 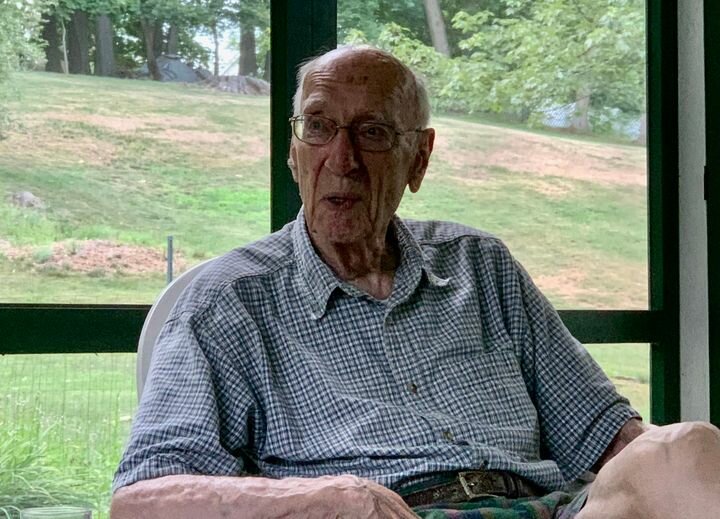 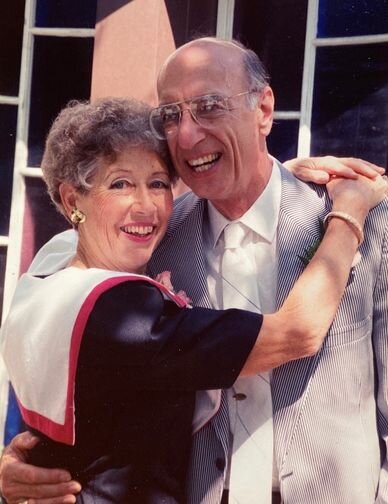 Following a long, productive, and joyful life, Richard (Dick) E. Wagoner passed away peacefully at his home on October 17, 2022 at the age of 96.

He was born in Newark NJ and grew up in Nutley, the eldest of Lillian and Edgar Wagoner’s three children. Dick enlisted in the Army in 1944 and served our country in various places in England, Europe, and Africa during World War II and the Korean War before being stationed in Shreveport, LA.  His duty papers necessitated a quick reshuffle of the planned wedding to his one true-love, Marjorie Fuller, in 1950.  Following their year in Shreveport, they moved back to NJ where Dick worked faithfully as an engineer with Curtiss Wright, Tung-Sol, Singer, and, for his last 25 years before retiring, at Picatinny Arsenal.  He finished his Bachelor’s degree by attending night school at New Jersey Institute of Technology while working full-time and juggling life with three children.  He and Marge bought a home in Denville in 1967 where they raised their three children and where they were both lucky enough to live out their last years. Marge predeceased Dick in 2017 after 67 wonderful years of marriage.

A life-long Episcopalian, Dick wore many hats at Denville’s Church of the Saviour throughout his fifty-plus years as a parishioner there.  He and Marge mentored a teen from St. Peter’s Village where Dick also volunteered as a tutor.  Both enjoyed traveling, taking many trips domestically and internationally, and ventured annually for a month to Florida.

He is survived by two of his children, six grandchildren, and six great grandchildren: Steve (wife Linda, daughter Cortney and son Steven); Joyce (husband Nat Ames, son Justin and daughter Meghan); and the daughter and son (Diana and Michael) of his son, Richard, and his wife, Candy, who both predeceased Dick.

A memorial Service will be held on Saturday Novermber 19, 2022 at 2:00 pm at The Church of the Saviour 155 Morris Avenue Denville, NJ 07834. Funeral arrangements are under the direction of Norman Dean Home for Services 16 Righter Ave Denville, NJ 07834 www.normandean.com.

Memorial donations can be made in his memory to the Church of the Saviour, 155 Morris Avenue, Denville, NJ 07834.