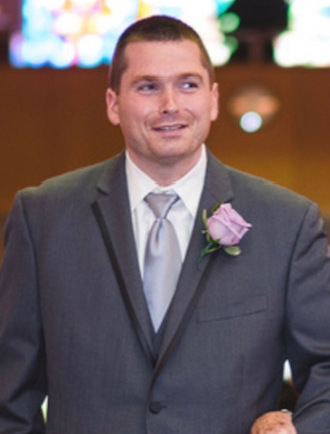 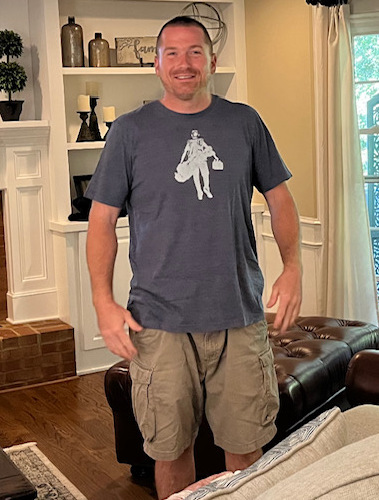 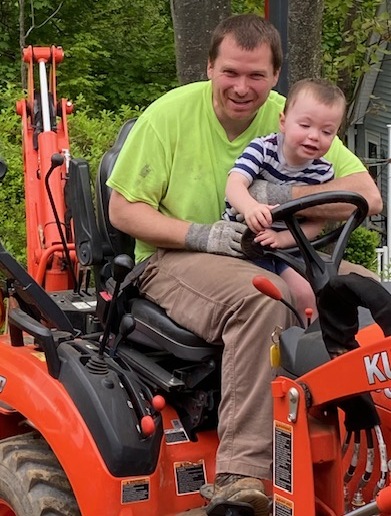 Please share a memory of Stephen to include in a keepsake book for family and friends.
View Tribute Book

“Live Simply So Others May Simply Live”

Stephen Joseph Long passed away after a sudden cardiac event at his home surrounded by his loving family on October 12, 2022, at the age of 38.

Born in Denville, Stephen lived his entire life in the Mt. Tabor section of Parsippany, NJ. He graduated from Parsippany Hills High School, and attended vocational technical school to become an electrician. He began his electrician’s career at Russell Electric in Rockaway.  For the last 3 years he worked as an electrician for Ground Water Treatment and Technology (G.W.T.T.) in Wharton, NJ, where he was known as “Chef Steve” because he loved bringing in food to share and organized company BBQ’s for camaraderie and good times. Work was more than a job, he enjoyed going to GWTT each day and loved helping friends and neighbors with any job that needed to be done. Steve regularly showed up to gatherings with his tool box in his car in case anything needed to be repaired. In addition to showing up with his tools, Steve always came with a big smile and charisma that was larger than life.

Work was only one passion, Stephen’s two favorite times of the year were March Madness and the six week Saratoga horse racing season. Steve was an avid sports fan - following everything from women’s tennis to European soccer to NFL to the Yankees and all things basketball.

The role that Stephen cherished the most in life was that of being Unc Steve. His number one pastime was spending time with his eight nieces and nephews. He was the center of all activities involving them. From driving them around the block in his car, jumping off docks, catching frogs, shooting rockets, going off rope swings, riding 4-wheelers with them to the traditions of running off the landing into his arms and being swung around. There was never an opportunity he missed to be with them.

A gift that Stephen gave those who knew him is that he made you feel that you were the most important person. He always answered his phone as if he were waiting just for you to call. Stephen’s infectious smile and laugh brought joy to those closest to him as well as those he met for the first time. He was always there to help out his friends or family, always placing others’ needs before his own. No matter how much he had on his schedule, he always gave each person his full attention. He lived in the moment and was a “Best Friend” to many. Words cannot adequately describe how dearly Stephen will be missed by those that knew him.

Stephen is survived by his loving parents Robert F. Long Jr. and Barbara (Treanor) Long of Mt. Tabor.  He is also survived by his loving siblings Rebecca and her husband Richard Henry of Springfield, VA, Kevin Long of Mt. Tabor, David and his wife Meghan of Boonton Twp., and Kate and her husband Greg Binazeski of Rockaway; his dear grandmother Elizabeth Long of Denville, NJ and his cherished nieces and nephews Robert, Lara, Joseph, Isabelle, Elizabeth, Brayden, Grace, and Ella.

He was predeceased by his grandfather, Bob Sr, and brother Rob in 1999.

A funeral Mass will be held on Monday October 17, at 11:00AM at St. Catherine of Siena Church 10 North Pocono Road Mt. Lakes, NJ 07046. His final resting place will be in Castleton, VT at a later date.

Following the Mass on Monday, all are invited to join the Longs at their home to celebrate Stephen’s life and share memories of him.

Memorial donations can be made in his memory to: CHD Coalition, a local non-profit devoted to improving the quality of life for children and adults affected by congenital heart defects, by clicking here; and Chrisitan Appalachian Project, by clicking here.

Share Your Memory of
Stephen
Upload Your Memory View All Memories
Be the first to upload a memory!
Share A Memory