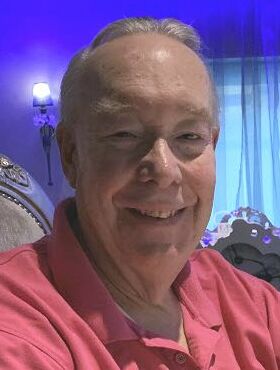 Please share a memory of Ron to include in a keepsake book for family and friends.
View Tribute Book

Ronald Hansen passed away peacefully on September 6th, 2022, in Morristown Memorial Hospital in Morristown, New Jersey. Though we are deeply saddened by his passing, we take comfort in knowing that he is reunited once more with those who predeceased him; his parents, Oskar and Martha Hansen, his brother, Henry Zimmerman, his father-in-law, Warren Randolph and a whole brood of dalmatians who Ron loved dearly.

Ron was born on August 10th, of 1951 to Oskar and Martha Hansen in Queens, New York. When he was still very young, his family made the move to Rainbow Lakes, New Jersey, where he would reside until marriage. Ron attended Parsippany schools, then continued on to County College of Morris and The College of St. Elizabeth to earn his Bachelor of Science degree in business administration. With this degree, Ron worked in many different industries, from insurance, to chemical manufacturing and telecommunication, eventually landing at the Motor Vehicle Commission in Randolph.

One night in 1981, Ron took a trip to the Hunt Club in Summit, where he would meet the love of his life, Debbie. Debbie Randolph soon became Debbie Hansen and the pair moved to Madison to start their life together before finding their forever home in Succasunna. Their days were filled with gardening, spending time with their beloved dogs, and visiting Disney World and taking the occasional cruise to see all the wonders that the world has to offer. They travelled to places like Canada, the Caribbean, and Central America, but their favorite place in the world was Bermuda. Time spent with each other was never time wasted. They would also frequent Broadway for a good old-fashioned musical. Ron loved and supported Debbie in every aspect; notably her work in researching family lineage and genealogy. Debbie had a knack for finding long lost family members and information, eventually finding out that she is a Daughter of the American Revolution. This made Ron a HODAR; Husband of a Daughter of the American Revolution, a title he held proudly.

In his free time, Ron liked to study history and the military and collect model trains. He was an avid bowler, an expert marksman and a member of the Lake Hopatcong Historical Museum. He always looked forward to Election Days where he would work with the Morris County Board of Elections. He was also somewhat of a tech guru, always tinkering with and fixing computers. Ron was also a music lover, the music of the 60’s and 70’s being among his favorites, but nothing could take the number one spot away from The Beatles in his eyes.

Although Ron has passed, his memory will live on through the love and care of those he leaves behind; his wife, Debbie Hansen, his niece, Robyn Zimmermann, his nephew, Andrew Zimmermann (Sarah), his grandnieces and grandnephew, Ella, Della, Daphne, Fiona, and Joel; his mother-in-law, Elizabeth Randolph; his sisters-in-law, Linda DiSturco (Peter), Susan Force (James), Barbara Furson (Gregg); his nieces and nephews, Alyssa, Stephanie, James, Amanda, and Jonathan; his aunt-in-law, Maureen Polhemus; and many more extended family and friends.

Memorial Visitation will be held on Saturday, September 17th from 10 am - 1 pm at Norman Dean Home for Services, 16 Righter Avenue, Denville. Funeral Service will begin at 12:30 pm. Memorial Donations are being accepted to the Wounded Warrior Project or Warrior Canine Connection by way of www.inmemof.org to ensure receipt of your donation. Please light a candle, leave a condolence, and light a candle in memory of Ron and to continue to celebrate the incredible life he bestowed upon us.

Share Your Memory of
Ron
Upload Your Memory View All Memories
Be the first to upload a memory!
Share A Memory