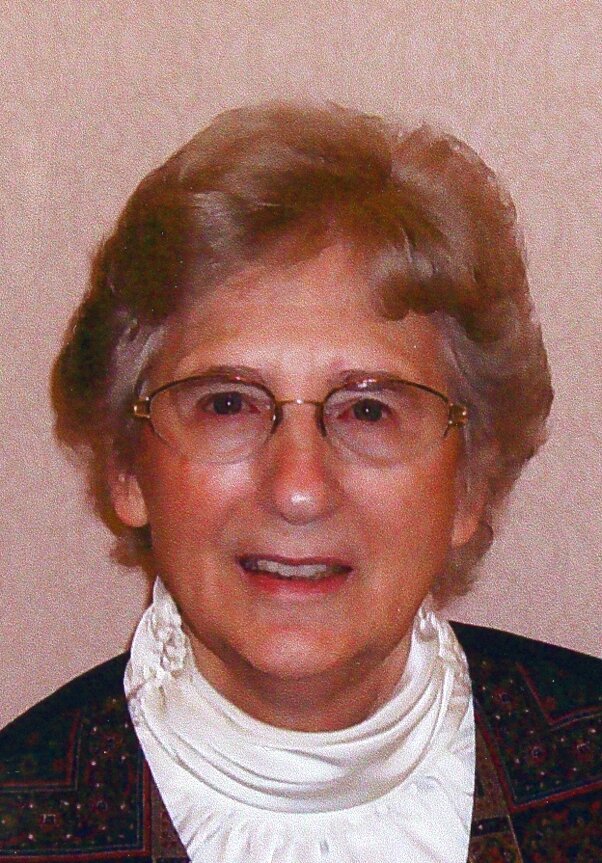 Please share a memory of Sister Bernadette to include in a keepsake book for family and friends.
View Tribute Book

***The Mass for Sister Bernadette Weller S.S.C. will be Live Streamed via St. Catherine of Siena Church website: https://stcatherine-ml.org/

The Society of the Sisters of the Church and their Associates mourn the passing of Sister Bernadette Weller, S.S.C. on September 6, 2022.  Sister Bernadette, the third child of Herman and Cecilia Weller, was born on January 16, 1930 in Scranton, Pennsylvania.  Bernadette attended the parish elementary school, St. Mary of the Assumption.  She continued her education at Immaculata High School in Mendham, New Jersey and then received the habit of the Sisters of Christian Charity at the Motherhouse there in 1947.  Sister Bernadette made her final profession in 1955 in Mendham, New Jersey.

After the Second Vatican Council, with the encouragement of Bishop Lawrence Casey, Sister Bernadette joined Sister Eileen Kelly, P.B.V.M., Vicar of Religious, and five other sisters in forming the Society of the Sisters of the Church in the Diocese of Paterson, New Jersey.  On January 6, 1979, Most Reverend Frank Joseph Rodimer, D.D.,J.C.D. Bishop of Paterson, presented the Society of the Sisters of the Church to the Diocese as a new form of religious dedication.  Sister Bernadette and five other Sisters made their commitment on that day at the Cathedral of St. John in Paterson, New Jersey.  As a member of the Society Sister Bernadette formed and directed the Associate Way of life since its inception in July of 1998.

Sister Bernadette received her Bachelor of Arts Degree from the College of Notre Dame of Maryland in Baltimore, Maryland, and her Master of Arts Degree from Montclair State University in New Jersey.  Sister then perused studies in Worship and Liturgy at Immaculate Conception Seminary in Mahwah, New Jersey.  Sister spent fifty years in the classroom of Catholic and public schools, in Pennsylvania, Maryland, and New Jersey teaching the Fine Arts of the Humanities.  Within the Diocese of Paterson, Sister was active in presenting Diocesan Fine Arts Festivals, and numerous Fine Arts Workshops.  As a member of the Paterson Diocesan Music Commission, Sister Bernadette was active in presenting workshops on the Vatican II Constitution on the Sacred Liturgy and Music in Catholic Worship.

On August 15, 2007 Sister Bernadette retired to Franciscan Oaks in Denville.  There she continued her monthly Humanities lectures which had begun in 1995.  Sister is survived by her brother George and his wife Beverly Weller and many nieces and nephews.

A liturgy of Christian Burial Mass will follow at 11:00AM in the Church.  Interment follow after the Mass at Holy Rood Cemetery 61 Whippany Road Morristown, NJ 07960.

Memorial donations can be made in her memory to the American Society of the Blind.

Share Your Memory of
Sister Bernadette
Upload Your Memory View All Memories
Be the first to upload a memory!
Share A Memory