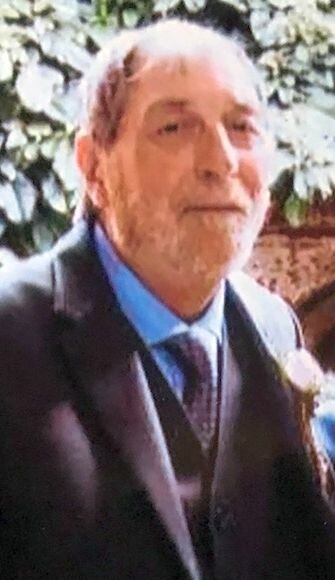 Please share a memory of Kenneth to include in a keepsake book for family and friends.
View Tribute Book

Kenneth MacDonald passed away peacefully beside his wife, Vicki, on August 23rd, 2022. Though we are saddened by his passing, we take comfort in knowing that he is at peace.

Kenneth was known to his coworkers as Kenny, but to those friends who knew him well, he was always called “Mac”.  He was born in New Jersey to Kenneth and Doris MacDonald on October 15th, 1950. He attended Ridgefield Park High School, where he met the love of his life, Victoria. The pair were married in 1978, and in June they celebrated their 44th wedding anniversary.  Kenny and Vicki spent 53 wonderful years together.

Kenny loved live music and enjoyed seeing his favorite bands play in venues that ranged from the Fillmore East to the Mayo Performing Arts Center.  His knowledge of these bands, and the musicians in them, was often shared with anyone having similar interests. Kenny was a devoted Giants fan, whether it be the baseball Giants or the football Giants.  He could often be seen sporting the Giants logo on his shirts, hats and jackets. Kenny’s favorite vacation was to cruise with Vicki to a Caribbean destination.  These carefree times included soaking up the sun, shopping in various ports, and the occasional trip to the blackjack table.

Kenny worked for over forty years as a teacher at Steen Elementary School in Bogota, New Jersey. Most of those years were spent as a fourth-grade teacher. There will be many former students who will mourn the passing of “Mr. Mac”.   His dedication to teaching was evident not only in his work ethic, but in how much he missed his students and colleagues in retirement.

As Kenny passes on from this world, he leaves behind many loving relatives and friends, including his wife, Vicki, their son Justin (Gabriela), his sister-in-law, Kari, and her husband Paul, and their children, Jacqueline (Terra) and Christopher (Dominique). We hope that Kenny is somewhere peaceful, lazing in the sun with his beloved dog, Thor, at his side.

As Kenneth requested that there be no services at his passing, the family asks that you consider making a donation in his name to either the American Society for the Prevention of Cruelty to Animals or to the Pedigree Foundation, both of which are organizations who aim to care and provide for animals in need. All arrangements will be conducted by Norman Dean Funeral Home at 16 Righter Avenue, Denville, NJ, 07834.

Share Your Memory of
Kenneth
Upload Your Memory View All Memories
Be the first to upload a memory!
Share A Memory