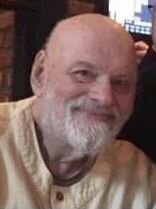 Richard Henry Roes passed away peacefully in his home in Denville, New Jersey, on Monday, August 15, 2022.  Richard was a wonderful husband and father who will be remembered by his friends and family for the selfless, generous, and kind man that he was.

Born to Henry and Emma Roes on July 20, 1936, in Astoria, New York, Richard was the eldest of three brothers.  Richard served in the United States Army from 1956 to 1958 at Fort Benning, Georgia as a marksman and draftsman. His military work and sacrifice will not be forgotten.

Richard studied history and earned a bachelor’s degree from Stony Brook College in New York in 1963. He spent five years working as a Social Studies teacher before moving into a career in Sales.  Richard worked for 30+ years as a salesman for Hasko Utilities of Manhattan, a wholesale heating and cooling supply company.

On August 19, 1967, Richard married the love of his life Maryanne Chestis.  They moved to Denville, New Jersey in 1975 where they raised their children, Matthew and Heather.  When Maryanne began to show early signs of Multiple Sclerosis, Richard spent the next twelve years caring for her and his children, while commuting to Manhattan every day, until her passing in 1988.   Richard and Maryanne shared a lifelong love of jazz music and even through many years of her illness Richard brought her to jazz concerts in her wheelchair until her health declined and made it too difficult.

After he retired in 2000, Richard filled his time enjoying what he loved: bicycles, motorcycles, trains, models, and jazz. He was an avid cyclist who enjoyed mountain biking, as well as taking leisurely rides around town. Cycling eventually transformed into a love of motorcycles and he would often be seen riding his motorcycle on bright, sunny days, soaking up the sunshine. Richard was also a life-long student of the world. He built a wealth of knowledge on various historical topics with the Civil War being a particular favorite. His vast knowledge likely rivaled expert historians featured on televised documentaries.  Richard’s other love of trains meant he spent many hours watching videos and reading books about trains. He enjoyed building train models and elaborate train sets, as well as tanks, planes and ships from all eras of history.  In addition to his hobbies, Richard was a volunteer for Employment Horizons, an organization that serves to provide people with disabilities the same employment opportunities as their peers. Throughout his life, Richard always put others first, and he will be remembered for his selflessness to others.

His memory continues to shine through the loved ones he leaves behind: his son Matthew, his daughter-in-law Gaby, his two grandsons, Ethan and Brandon, and his daughter Heather. Though we are saddened at the loss of this wonderful soul, we take comfort in knowing that he is reunited with Maryanne.