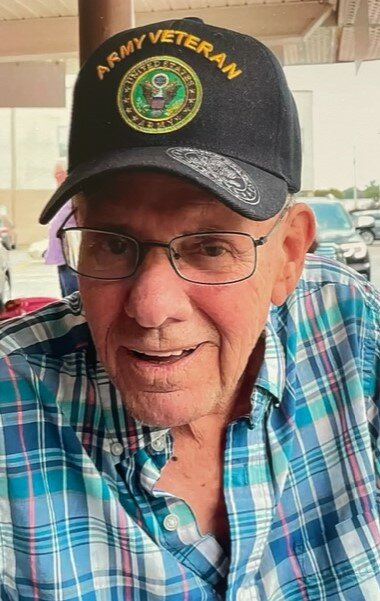 Please share a memory of Albert to include in a keepsake book for family and friends.
View Tribute Book

Albert E. Richardson passed peacefully on July 3, 2022.  He shared 81 years of love and faith with his family.  Visitation will be on Sunday, July 10th from 2-6 pm. A Funeral Service will be held on Monday, July 11th at 10 am at the funeral home.  Donations in his memory may be made to the good work of the American Cancer Society or the Alzheimer’s Association.

Albert was born in Brooklyn to the late Robert and Emma (nee Eisenhauer) Richardson.  He was one of three children to bless the family.  After his schooling, he enlisted in the US Army proudly serving our country.  Upon his honorable discharge he married Anita Gagnon in -Brooklyn, NY, 1962.  Soon, they settled in Denville NJ and started a family of their own.  Al worked hard to provide a good life for his children. He was employed with UPS out of Manhattan for nearly three decades.   As the kids grew, he and Anita found more time to enjoy golfing and other activities.  They headed to Arizona to retire in 1989.  Sadly, Anita passed not long after. Al stayed in Arizona and tinkered as he always had.  He was an exceptional mechanic and his hands could fix anything.  He even rebuilt a 1932 American LeFrance Fire Engine in his hay day.   As the years went on, he was crowned the title of Poppy and was so proud of all the kids.  In 2021 he moved back to NJ to be closer to his family.  Although we are saddened by his passing we take comfort in knowing he is at peace and watching from the 9th hole once again.

Share Your Memory of
Albert
Upload Your Memory View All Memories
Be the first to upload a memory!
Share A Memory