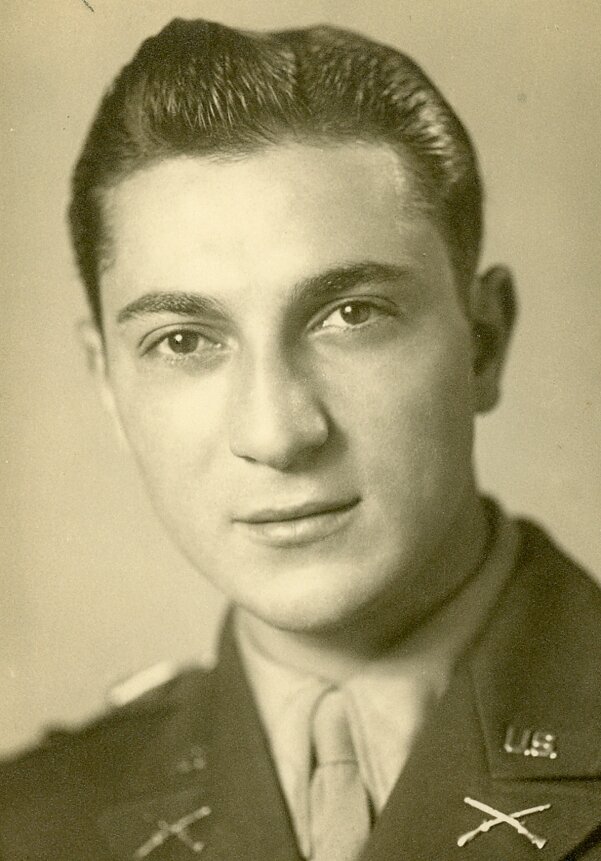 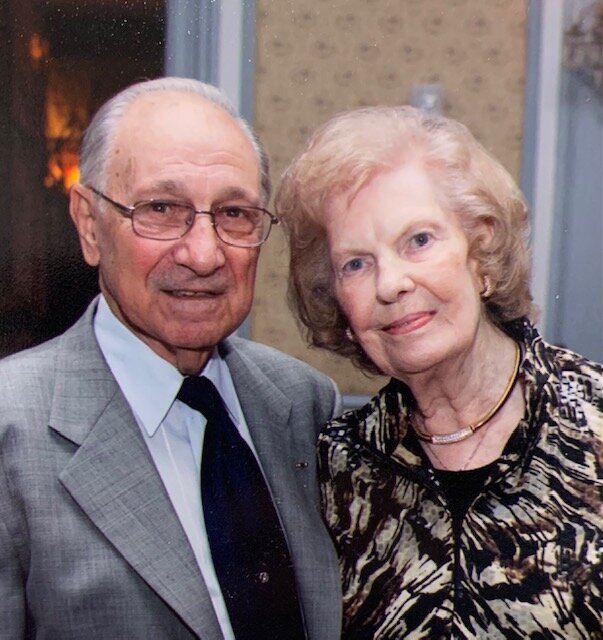 Get Directions
Tuesday
17
May

Get Directions
Tuesday
17
May

Please share a memory of Frank to include in a keepsake book for family and friends.
View Tribute Book

“It is, I believe, the greatest generation any society has ever produced.”

Frank R. Tanico passed peacefully at home on Thursday, May 12, 2022.  He shared 98 years of love and dedicated service to his family, his community and his country.  Friends may visit on Tuesday, May 17th from 11 am to noon at the Norman Dean Funeral Home.  A Mass of Christian Burial will be celebrated at 1 o’clock that afternoon at St. Mary’s Church, Denville.  Burial to follow at the Denville Cemetery.  Donations in Frank’s memory may be made to the Disabled American Veterans.

Frank was born in Brooklyn in 1924 to the late Pietro and Caterina Tanico.  He was a good student and was studying to become a doctor when he was drafted into the service.  He served with the US Army during World War II and spent time overseas. While in England he met Molly Leatherdale and the rest was history. Frank and Molly were crazy about each other and when it came time to travel back to the states, Molly was right beside her darling Frank.  Upon his honorable discharge they set a date and married on April 3, 1948.  They lived in Brooklyn for a short time before heading to the country of Denville NJ.  Soon they started a family and had two sons. Frank worked hard to give them a good life.  He was a devoted husband and an adoring Dad.  If Frank wasn’t involved in his own children’s activities he was helping other children enjoy some.  In 1959 he became a Scoutmaster forming “Troop 119, the only one of its kind in the Morris Sussex Area Boy Scout Council, a service of the Morris County Community Chest, sponsored by the Morris Unit of the N.J. Assn. for Retarded Children”.

Frank became active in scouting in 1938 in Brooklyn and then became more interested in the needs of children with special needs as he cared and loved for his own nephew who faced challenges.  Frank was devoted and guided many young men over the years through scouting.  The scouts won many competitions, held many fundraisers, enjoyed camping trips, and many more activities, and most important - were able to “stand tall as scouts”.  Frank Tanico was nothing short of a blessing to so many families and young people.  His dedication to community, unmatched.

As the years went on, Frank returned to the Army with the reserves and officially retired in 1984 as a Lieutenant Colonel. His devotion to this country - honorable.

Above all, Frank loved his family and his Lord.  He adored Molly for their 67 years of marriage and has longed for her since her passing in 2015.  They enjoyed ballroom dancing and were certainly a sight to be seen on the dance floor together.  They were parishioners of St. Mary’s Church for decades and Frank valued his close friendship with his priest.   Frank was a proud father and always spoke of his sons. His love for them was greater than gold.  Although we are saddened by his passing, we take comfort in knowing he is embracing his Molly once again and oh what a reunion that must be!

He leaves his sons Peter Tanico and Jeffrey Tanico; and many dear nieces and nephews, and longtime friends and neighbors.  His sisters Phyllis Dipaolo and Stella Mormando passed previously.

“A life is not important except in the impact it has on other lives.”

Share Your Memory of
Frank
Upload Your Memory View All Memories
Be the first to upload a memory!
Share A Memory