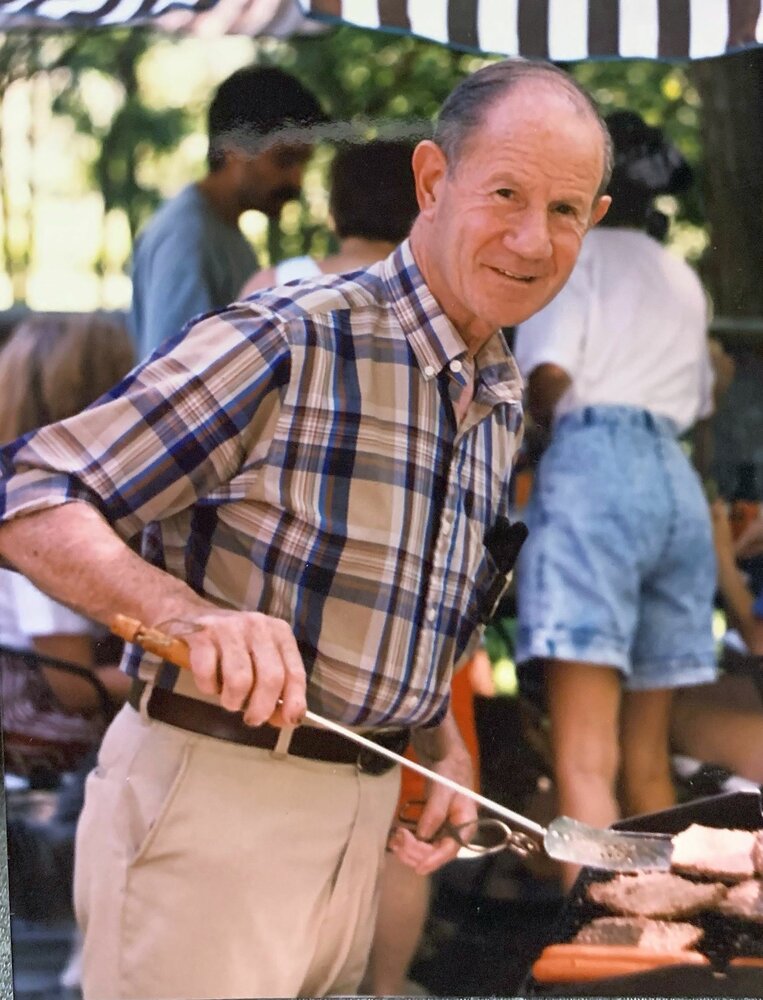 Please share a memory of Sidney to include in a keepsake book for family and friends.
View Tribute Book

Sidney Glasser passed away peacefully in the comfort of his home with his loving family by his side on Sunday, May 1st, 2022. He had shared 94 years of unconditional love, priceless wisdom, and unforgettable memories with family and friends.

Born and raised in the Hell’s Kitchen neighborhood of Manhattan, NY to the late Louis and Eva Glasser, he was one of eleven children. In his younger years, Sidney enjoyed playing pool. A very smart man and hard worker, Sidney began working for a furrier company in NYC full-time at the age of 17. At a party in Manhattan, he met his wife, Mae Sternberg. After five weeks of writing love letters, they were married on December 31st, 1951. For a short period of time, they moved to Cleveland, OH for Sidney’s work before returning home to New York City and eventually finding their forever home in Chester Township, NJ, which he even helped build. There they raised a family.

Sidney and Mae were world-travelers and enjoyed experiencing new cultures and food. He would strike up conversations with random people and never had a bad word to say about anyone. He lived his life to his fullest.

While employed at Tri-County Asphalt in Rockaway, NJ for 23 years, Sidney helped build Routes 80 and 15. Sidney worked as a welder mechanic and retired from Ingersoll-Rand in East Hanover, NJ in 1993. He was a dedicated man with a strong work ethic, and instilled those traits within his family. After retirement, Sidney and Mae relocated to the Fox Hills community in Rockaway, NJ.

His dedication extended to his home life as a husband and father. His family lovingly remembers how he showed affection by asking “Did you gas up?” He was an easy-going grandfather who loved playing with his grandchildren. Sidney enjoyed being the unofficial “handy man”, ready to help any of his neighbors in the Jackson building at Fox Hills. Sidney was very popular in his building and was affectionately dubbed “Mr. Coffee”.

He spent his free time watching WWE wrestling, car races, and boxing. He played bocce ball and loved the challenge of a word search. Other hobbies included reading, going to antique car shows, listening to classical music, and volunteering his time. He used his gift of universal blood to donate at Atlantic Health and was honored and presented with an award. He also volunteered at the Mine Hill Habitat for Humanity, Rockaway Township Library, and the Dover and Morristown Soup Kitchens. He enjoyed wood-working and made items including children’s tables, chairs, and benches which he gifted to his family. Sidney also helped his son-in-law, Howard, build a bridge and deck in upstate New York.

Memorial celebration of his life will be held on Thursday, May 5th from 4pm – 7pm at Norman Dean Home for Services, 16 Righter Avenue, Denville, NJ. In lieu of flowers, his family kindly asks that in Sidney’s memory you plant many trees, donate blood at your local hospital, or donate to Planned Parenthood. Please leave a condolence, light a candle, and share your favorite memories of Sidney here to continue to celebrate the incredible life he bestowed upon us.

Share Your Memory of
Sidney
Upload Your Memory View All Memories
Be the first to upload a memory!
Share A Memory