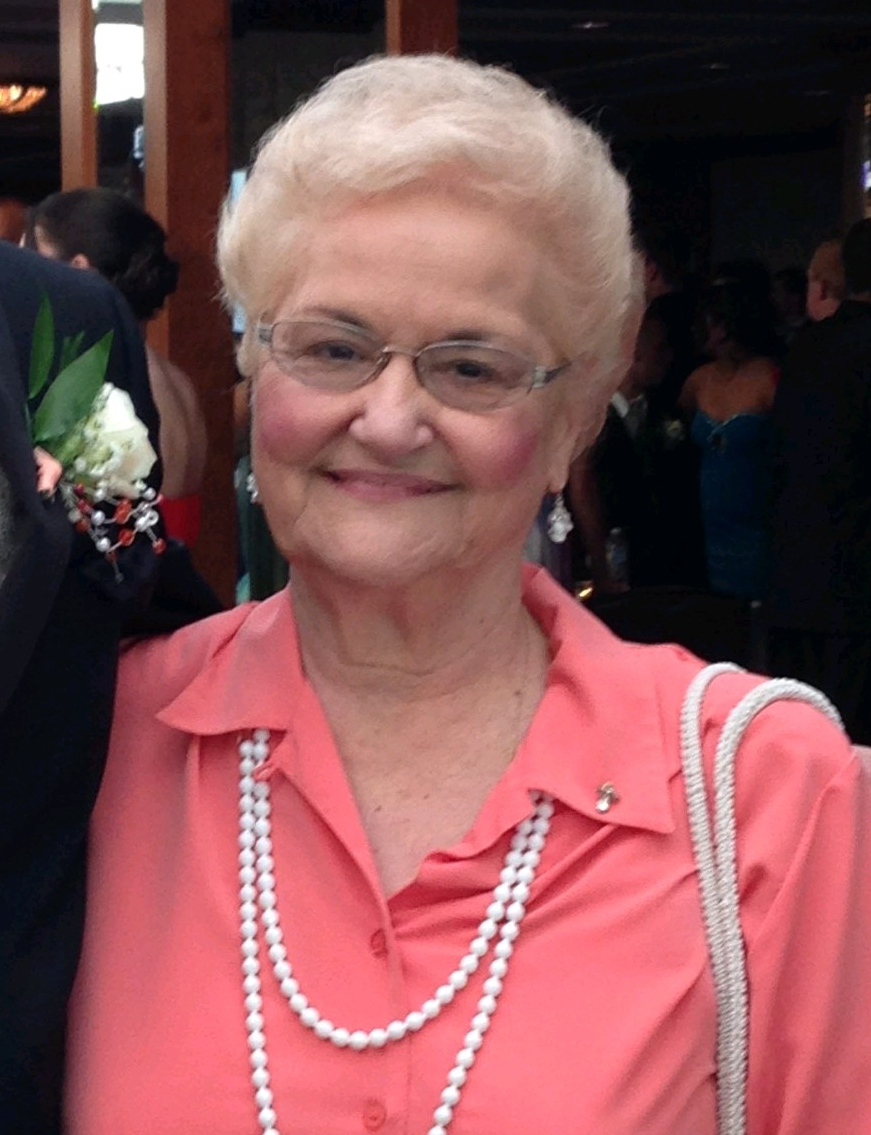 Please share a memory of Angela to include in a keepsake book for family and friends.
View Tribute Book

Born and raised in Newark to the late Gennaro and Gilda Tomasello, Angela was one of two children to bless their household. She graduated from Central High School in Newark, Class of 1949. She married her soulmate, Willard Moskowitz, in 1953. Willard was an Air Force Staff Sgt and Angela was a very devoted wife. She was a lifelong Newark resident, until Willard returned from Korea and was stationed in Ohio where Angela went to live with him on base. Upon his honorable discharge, they returned home to Newark and started a family. They had three wonderful children before Willard passed in 1977. Angela continued to be a single mother of three the rest of her life. She began her employment with ADP in Accounts Payable, and after 26 years of dedicated service, she retired as a Telecommunications Administrator. After “retirement” Angela did not stop working. She worked at Caravan Products and Target before officially retiring, well into her 80’s. She truly was a remarkable woman, to say the least.

In addition to working and being a mother, she was an attentive wife, doting mother and grandmother, loving sister, and a reliable friend. She had the patience of a Saint, was always impeccably dressed and never spoke negatively of anyone. Angela was known to have made delicious homemade meals. An amazing cook and baker, no one ever left her home hungry. She loved spending time with family and friends. In her spare time, Angela loved creating beautiful paintings and thoroughly enjoyed doing arts and crafts with her grandchildren and great-grandchildren. She also had a blast playing card games and bird watching. Above all, her family was her pride and joy. Mom will be forever missed and always remembered. Although we are deeply saddened by her passing, we take comfort in knowing she is now reunited with her beloved husband Willy, her parents, and her brother, Vito.

She leaves only joyful memories to her adored children, Steve Moskowitz and his wife Kathi, Sandra Moskowitz and her partner, Linda Elliott, and Stacey Baccaro and her husband Rusty; her cherished grandchildren, Phillip and his wife Danielle, Stephanie Corbo and her husband Tommy, Jeffrey and his wife Alyx, Dante, Zachary, and Alexander; her treasured great-grandchildren, Thomas, Jr., Gianna, Chase, and Electra; and many dear nieces, nephews, extended family and friends.

Public Visitation will be held on Tuesday, April 5th from 4 – 8 pm at Norman Dean Home for Services, 16 Righter Avenue, Denville. Funeral Service will take place on Wednesday, April 6th at 10 am at the Funeral Home. Burial will follow at Hollywood Memorial Park in Union. Memorial Donations are being accepted to the Alzheimer’s Association by way of www.inmemof.org to ensure receipt of your donation. Please light a candle, leave a condolence, and share your favorite memory of Angela here to continue to celebrate her extraordinary life.