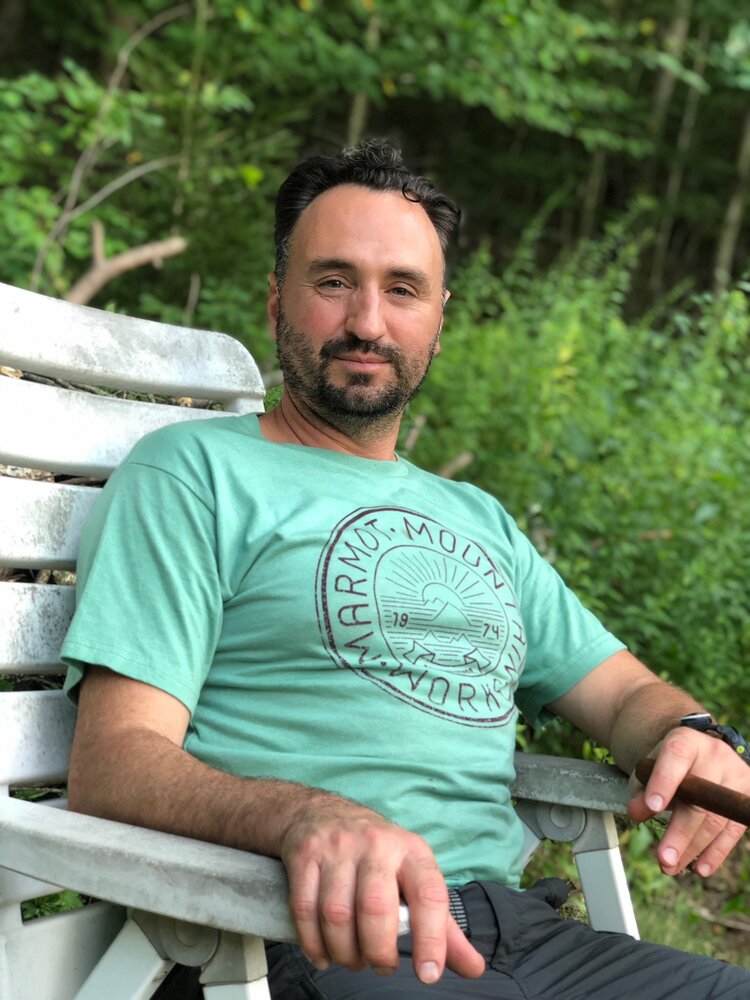 Please share a memory of Matthew to include in a keepsake book for family and friends.
View Tribute Book

There are many ways to reflect back on a person’s life. For most it starts with an earthly view and follows to a spiritual component. Matthew was successful in both.

On the earth he traveled his own path. Art, writing, cultures, woods/mountain/ocean/lakes (especially Cedar Lake). He loved them all…their beauty and their challenges.

After graduating Morris Knolls high school in 1995, he attended Pratt Institute in Brooklyn earning a Bachelor of Arts degree in Illustration. He took that skill on the road to South Dakota. There he developed his love of the Native American culture and nature with his art work.

After returning to New Jersey he began using his outdoor love and skills to teach rock climbing and camping skills to clients on outdoor adventures.

After 9/11 he joined the United States Coast Guard with a desire to help people by serving as a helicopter rescue swimmer. He attained that goal by passing an arduous an elite training course. His first rescues begin during Hurricane Katrina and were included in a documentary about the storm’s devastation. His Coast Guard awards include: Air Medal, Coast Guard Unit Citation and the US Navy/US Marine Corp Presidential Citation.

Soon he was motivated to again serve his country. He enlisted in the Army National Guard with the goal of qualifying for the Elite Special Forces Tab. After months of arduous conditioning and training he achieved his goal and was awarded the coveted Green Beret. He moved to Colorado to serve with the 5th Battalion / 19th Special Forces Group. Matthew served two combat tours in Afghanistan. He continued to make numerous friends, not only with the US Coalition (he especially liked associating with the Italian forces since they eat so well), but also with attached Afghan troops. Some of these friendships have lasted to this day. The recent withdrawal caused him much sorrow and heartbreak. He worked tirelessly trying to raise money and file paperwork to get his friends safely out of Afghanistan. Unfortunately, he was incapacitated before he knew that his efforts lead to one of his families being evacuated.

Matt was an incredible and passionate writer, with many stories and teachings and experiences inside of him that he wanted to share with the world. Please click here to view some of his work.

He was blessed to reunite with fellow Cedar Laker Aja Royal Mann in December of 2013. They were married on the dock of the east beach on August 18, 2018, eventually settling into their Rockaway Township home, surrounded by his beloved woods and hiking trails.

He is the much loved and missed son of Anna Marie and Anthony; loving and loved brother to Maria Graziano (Rich) and Margaret Clements (Sam); FUNcle to Roman, Ava and Miles. He was loved and respected by his father-in-law Jim Mann (Martha) and mother-in-law Carla Austin. He leaves behind his invaluable Huskey companion Sky and his feline family Ocho & Lafayette. He is grieved and loved by his 97-year-old Nanni, whose great faith and prayers undoubtably helped sustain him through his adventures.

“A man, a husband, a son, a fighter, whose burden now is much lighter. A life spent in service to others.” Psalm 34:18

Donations in Matthew's name may be made to the good work of the Green Beret Foundation or the United States Coast Guard.

Share Your Memory of
Matthew
Upload Your Memory View All Memories
Be the first to upload a memory!
Share A Memory