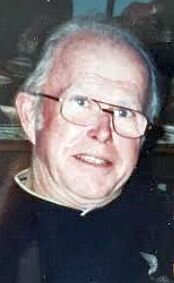 James Austin Smith, affectionately known as “Buddy” passed away at his home in Montville, NJ at the age of 78.

Born in Bound Brook, he grew up and lived in Watchung for many years before moving to Wharton for 5 years and then to Montville, NJ for the last several months.

James proudly served in the United States Army Reserves in the 1960’s.  He earned his Bachelor’s degree from Otterbein College in Westerville, OH and went on to work as a casualty adjuster for Allstate Insurance Company in Bridgewater, NJ for many years before retiring in 1998.

He loved to be active and enjoyed skiing, and was on the National Ski Patrol, as well as golfing, fly fishing, biking, playing tennis and going hunting.

James is survived by his beloved wife of 30 years, Virginia “Ginny” Smith of Montville, New Jersey and by many dear friends and relatives.

Memorial Donations can be made to the Atlantic Home Care and Hospice by way of inmemof.org.

Share Your Memory of
James
Upload Your Memory View All Memories
Be the first to upload a memory!
Share A Memory