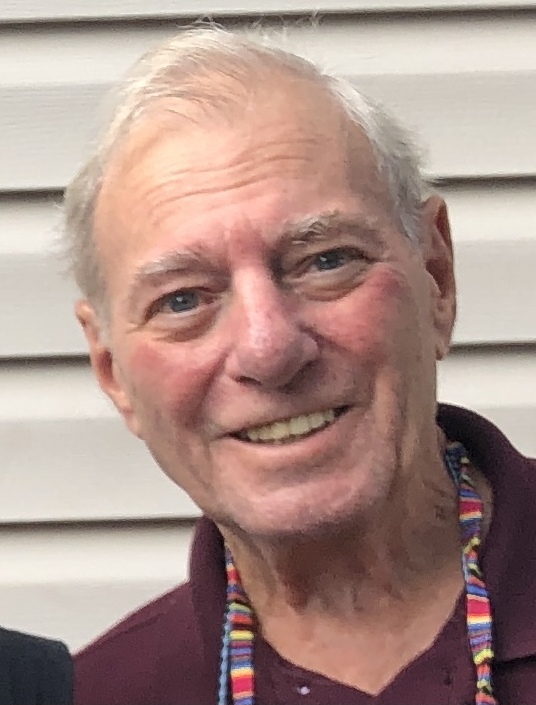 James “Jim” Joseph Russo passed away peacefully with his family by his side in the comfort of his home on Sunday, October 24, 2021. He had shared 77 years of unconditional love, infectious laughter, and priceless memories with family and friends.

Born and raised in Jersey City to the late James and Rose Russo, he was one of two sons to bless their household. At the age of 15, Jim and his family moved to White Meadow Lake in Rockaway Township.  He graduated from Morris Hills High School, Class of 1961, where he met his sweetheart and soulmate, Geraldine “Geri” Guerriere.  They were married in 1966 and remained in White Meadow Lake to raise a family of their own. He started his career at Western Electric working his way up to manager.  He transferred to AT&T where he became an IT Manager. While working full-time at AT&T: Jim completed night classes at Fairleigh Dickinson University, earning his Bachelors of Science Degree in Engineering, served in the Army National Guard from 1965 until 1971, and briefly served as a Special Police Officer in Rockaway.  He was also a savvy investor in the stock market which enabled him to retire in 1989 from AT&T at the young age of 46 and live every minute the way he wanted to … RETIRED!

Jim was an avid fisherman and also enjoyed cooking, baking, bowling, gardening, and rooting for the LA Rams.  Jim’s sense of humor was unparalleled, which was evident by the names of his admired goldfish which he took great pride in caring for. Jim could make everyone laugh with his jokes, sense of humor and his many stories.   Above anything else, Jim’s pride and joy was his family. He adored spending quality time with them, making unforgettable memories. His motto was to never waste a second in this precious gift of life, which he reminded others of on a regular basis. The world will be much duller without Jim and Heaven much brighter. Although we are deeply saddened by his passing, we will continue to live life to the fullest, as he would want. Please do the same; make a stranger smile, “ENJOY LIFE”, belly laugh, and pay it forward.

His legacy will live on in the hearts of his beloved wife of 55 years, Geri; his loving children, Donna (Dave) Genthe and James “Jimmy” (Maria) Russo; his cherished grandchildren, Brianna, David, Ashley and Anthony; his caring brother, Rob (Donna) Russo; his dear niece and nephew, Lindsay and Robbie and their families; and many extended family and friends.

Memorial Visitation will take place on Friday, October 29th from 4 – 7 pm at Norman Dean Home for Services, 16 Righter Avenue, Denville, NJ 07834. Burial will be private. Memorial Donations are being accepted to the Lustgarten Foundation for Pancreatic Cancer Research by way of www.inmemof.org to ensure receipt of your donation. Please leave your condolences, light a candle, or share your favorite memory of Jim here to continue to celebrate the incredible life he endowed to us.