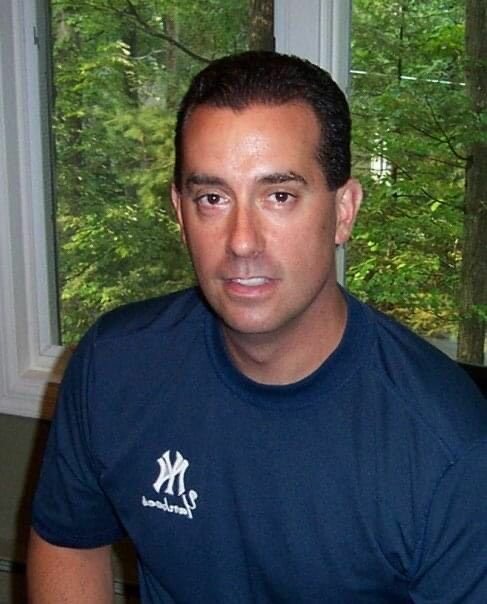 He was born in Ridley Park, PA and was a lifelong resident of Denville, NJ.

David attended the Denville, NJ schools and was a graduate of the University of Maryland Baltimore Campus (UMBC) earning his Bachelor’s degree. He then earned his Master’s Degree at the University of Phoenix, and was currently working on his second Master’s degree in Teaching from the  Grand Canyon University.  He worked for many years as Director of Sales in the food industry.

David was a member of the Indian Lake Community Club as well as the Indian Lake Men’s Club where he was the 2-time Chili Cook off Champion in 2017, and 2020.  He loved sports, in 1981 he was on the USA Youth Soccer team that went to Denmark where he had scored the only goal.  He later got into coaching his children’s sports, youth Soccer at Lakeland Hills YMCA, Little League Baseball, Lacrosse, and football.  He also enjoyed boating with his family at his home on Indian Lake and looked forward to every 4th of July on Indian Lake as well as his family trips to Wildwood, NJ.  Dave was also known for his yearly family Christmas list.  Above everything Dave loved to spend time with his family.

He was predeceased by his father Wayne E. Berrier in 2005.

A Funeral Mass will be held on Wednesday October 27, at 10:00AM at St. Mary’s Church in Denville, NJ

Memorial Donations can be made in his memory to the Gary Sinise Foundation or to  the American Cancer Society by way of inmemof.org.