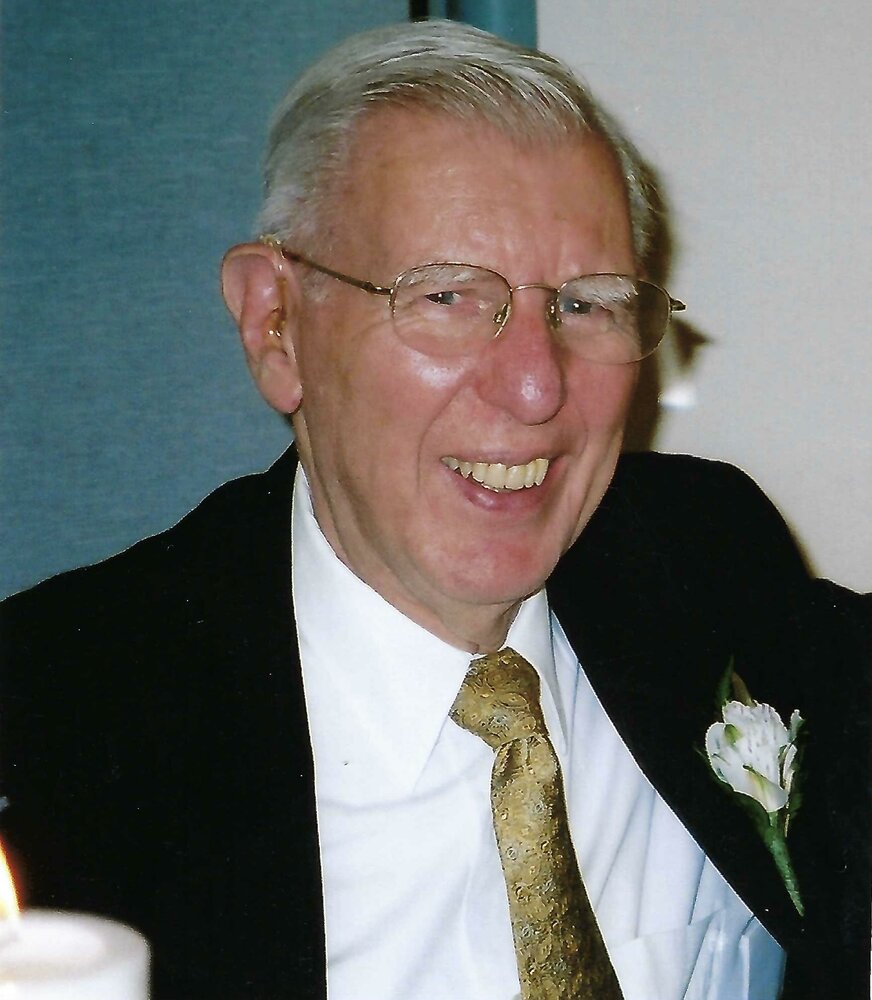 Please share a memory of Gerald to include in a keepsake book for family and friends.
View Tribute Book

Beloved husband and father Jerry Williams was born in 1932 in Delton, Wisconsin, and spent his childhood in Milwaukee and Cornell, Wisconsin. His life was one of service, kindness, and compassion for others. At the age of 15 he was called to a vocation with the Oblates of Mary Immaculate at Our Lady of the Ozarks Seminary in Carthage, Missouri. He eventually studied in Rome, receiving his Bachelor of Arts in Philosophy at the Angelicum. His life took a turn after his studies there, when he left the seminary and studied at The Catholic University of America in Washington, DC, earning a Master’s Degree in Educational Guidance. There he met his beloved wife Ann, whom he married in 1956. He served in the United States Army in Germany for two years and returned to the U.S. to begin a decades-long career in the Bell System, first in West Virginia and then in New York and New Jersey.

Jerry was a lifelong scholar, studying for and receiving his Master’s degree in Philosophy and, in 1984, his Ph.D in Philosophy from New York University. He published two texts: A Short Introduction to Ethics and Ethics in Modern Management. He taught philosophy and ethics as an adjunct at Kean College and Seton Hall University. He was a tireless advocate and helper to the poor and infirm, serving as a Eucharistic minister and assisting elderly veterans at the Lyons V.A. Hospital in Basking Ridge, New Jersey. He was known for his kind and loving spirit, and for his generosity with his time and efforts.

A Mass in Jerry’s memory will be held on Saturday, December 4th at 10:00 am, at St. Mary’s Catholic Church, 15 Myers Avenue, Denville, NJ. Burial of ashes to follow at Holy Rood Cemetery, 61 Whippany Road, Morristown, NJ 07960.

For those who are unable to be with us on December 4th, Jerry's Mass will be livestreamed.

This link will be active a few moments before 10 am that morning.

Share Your Memory of
Gerald
Upload Your Memory View All Memories
Be the first to upload a memory!
Share A Memory