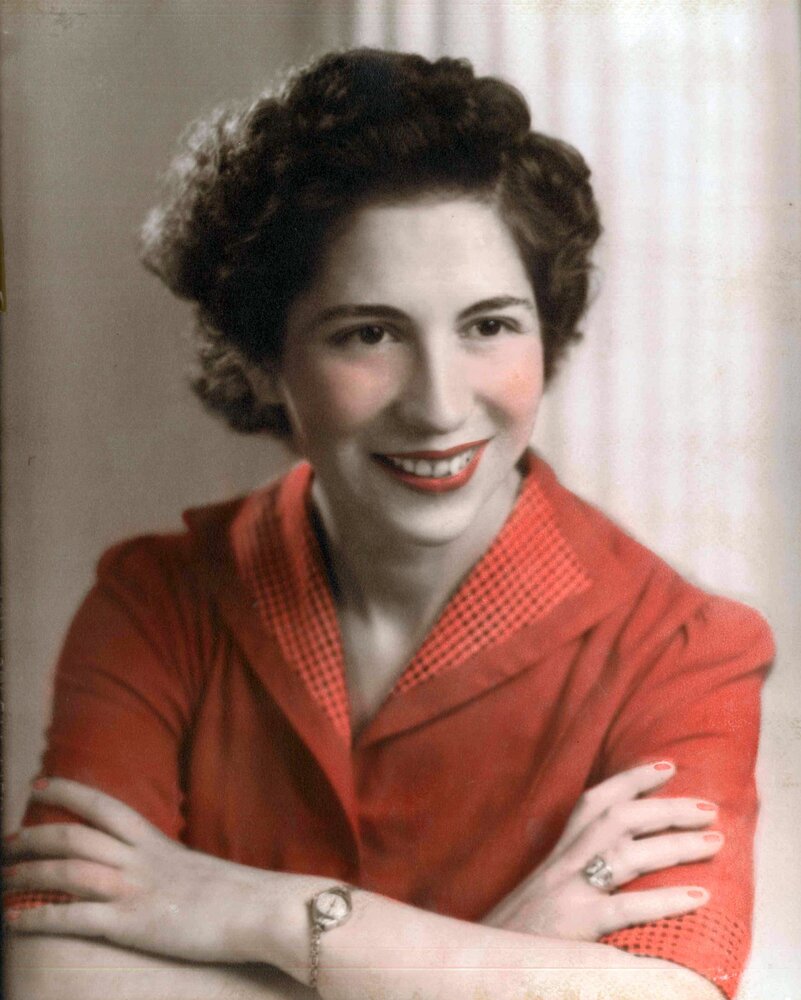 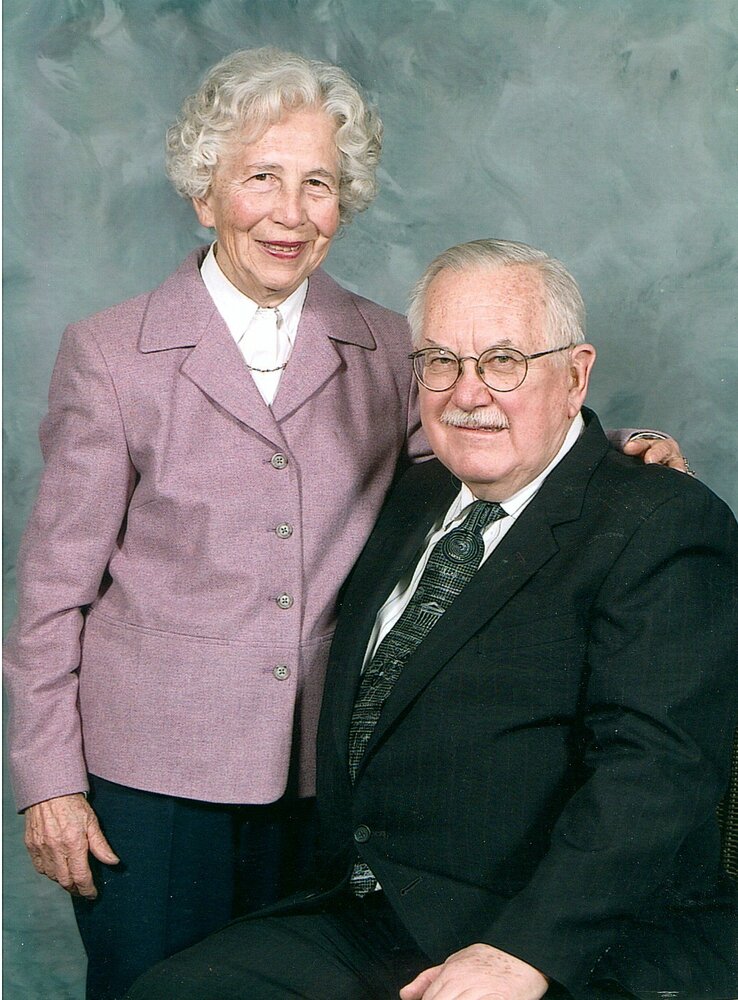 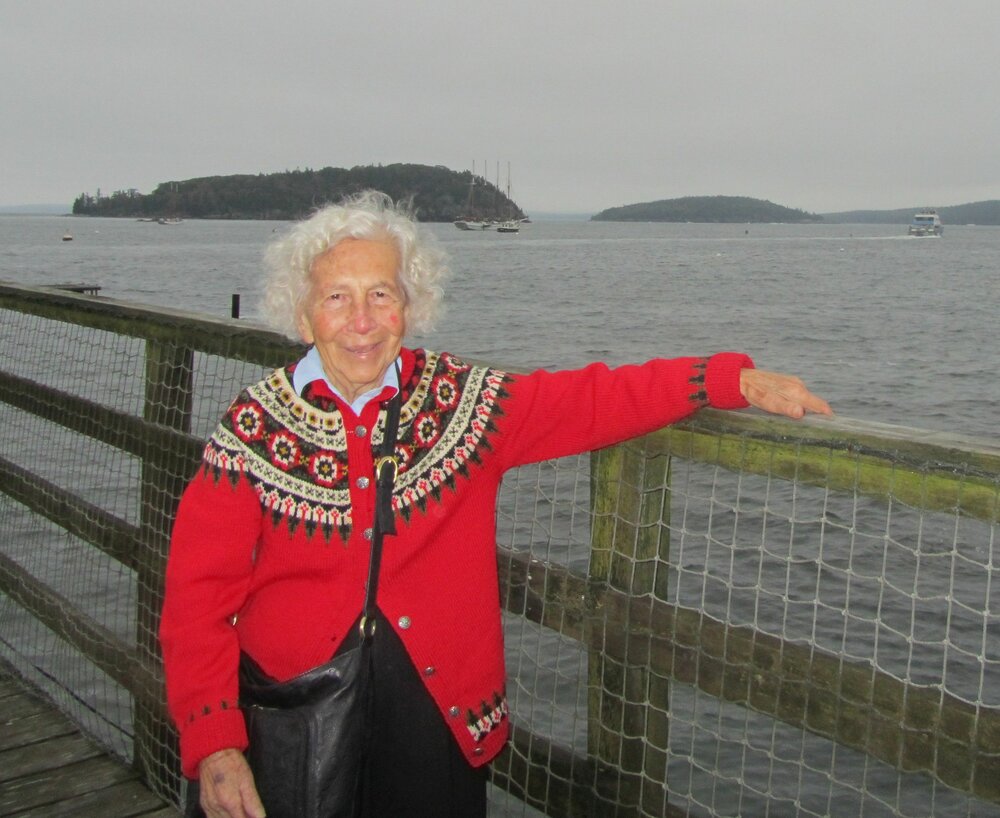 Angela Haverly of Denville, New Jersey passed away in her sleep on Sept 7, 2021, at the age of 106.  She is predeceased by husband Clarence (Larry) Haverly Jr. in 2011.  She is survived by son Victor Haverly, Ventura CA and Denville NJ, granddaughters Olivia (Haverly) Lyons, Branchville NJ, and Angela (Haverly) Swaffar, Ventura CA, and great granddaughters and twins Cora and Neva Lyons, Branchville.

Angela was born Angela Mary Filios on September 29, 1914, in Granville, Massachusetts.  Her parents were Salvatore and Teresa Filios.  They came from the northern part of Italy, from a rural area outside Milan.  They were not wealthy, but rather came to the USA looking to make a better life.

Her father Salvatore had come over to Massachusetts first by boat crossing the Atlantic.  In Massachusetts he found work in the water works department for the town of Westfield.  He worked there some time and then being convinced it was going to work out well, he sent for his family to come over from Italy.  His family at that time was wife Teresa, and young boys Dante, Louis, and Charles (Charlie), in order. And Teresa was pregnant with baby Angela, who would be born only a few months after Teresa arrived in Massachusetts.  Angela became the first of her family born in the USA.

The family grew with further siblings born in Massachusetts:  John, Fred, Lina, and Ines.  So it was a family of 8 siblings, 5 boys and 3 girls.

The family house was in a rural area outside of Westfield town on Bates Road and had enough land for a large garden and for raising chickens, both being very important to the family food subsistence.  From the many chickens they got enough eggs to sell some to neighbors.  Most every Sunday they ate chicken soup from home made ingredients.

Angela went to public schools.  By high school she started working for a food company that made canned foods like tomatoes and pears, and she sold their food products.  This job, while also getting scholarships, and getting some student loans, made it possible for her to go off to college at the University of Massachusetts in Amherst.  She was the first in her family to go off to college.

While at college to save money, Angela took a room in a professor’s house where she worked for the professor’s family doing house cleaning and similar work.  She also worked part time at a local restaurant in town as a cashier.

At college she joined a sorority, and majored in food science and nutrition, and graduated with a Bachelors in that major.

After college she worked a few years, then returned to the same school and got a Master’s degree in the same field.

After getting her Masters, she worked in several jobs over the years.  They included the supermarket company Grand Union, the US government in the Census Bureau (in Washington DC) and Merck Pharmaceuticals in Rahway NJ.  While working at Grand Union she worked in the food kitchen, preparing recipes and related food design and packaging for the Grand Union brand of food items.  While at Merck, she worked in their area of vitamins.

It was at this last job that she was in the Merck flying club, and there met Larry Haverly, to become her husband, whom she wed at her age of 42.  They both took enough flying classes to each fly Solo.  Larry went on to receive his pilots license, while Angela didn’t continue lessons after soloing.  They took several flying trips together, including to Columbus Ohio, to visit Larry’s father Clarence senior and Larry’s sister Jean.  After being married April 16, 1956, they flew their single engine plane from NJ to the Grand Canyon Arizona to celebrate their honeymoon.

After marrying Larry, Angela had son Victor in September 1958, at age 44.  Larry soon then left Merck and worked at Esso Research in Florham Park NJ.  He left that in 1962 and with Angela’s help start a new family business Haverly Systems Inc. which continues strong to this day.  Angela worked to get the new company started and then after a few years focused on being a wife and mother.  She did most of the yard work and all the gardening at the house, bought in 1959, at 24 Mosswood Trail, Lake Arrowhead in Denville, NJ.

Angela was noted in the neighborhood for growing exceptional garden vegetables and flowers.  She was active in volunteering for the Lake Club and they recruited her to help plant some flower gardens in a few areas, including along the slope between beach and Mosswood trail, including hardscaping as well.

Angela loved to participate in the company events, such as office parties, and especially helping at the many conferences, many of them organized by the company, that Larry frequently attended.  Through this she visited very many countries around the world.  She also hosted many visitors to the house, many as overnight guests, that were employees visiting from other offices, or clients or associates from other countries.

She had a lifelong inclination towards walking often and relatively far and fast.  This was a commonly seen sight for her to walk her dog around the lake, perhaps twice a day.  She attributed her love of walking to seeing her father constantly walking to and from work and night classes.

In middle and later years, she participated with husband Larry to support many charitable causes.  She also joined Larry being active in political support of conservative causes, was for a time the local area representative to the Morris County Republican party committee, and was able to meet then President Ronald Reagan in person at an event at the Meadowlands.

Angela was able to meet and enjoy her great grandchildren and enjoyed many parties and dinners out in the last several years.  She passed away peacefully in her bed at the Oaks in Denville. She was a pioneer, a loving family member, a friend to many, and she will be greatly missed by all the lives she touched with her love, kindness, help, and encouragement.

Visitation will be held on Tuesday September 14, 2021, from 11:00AM to 12:00PM with a funeral service to follow at 12:00PM at Norman Dean Home for Services 16 Righter Avenue Denville, NJ 07834.  For additional obituary information please visit www.normandean.com.

Memorial donations can be made in her memory to St. Catherine of Siena Catholic Church 10 North Pocono Road Mt. Lakes, NJ 07046.

Share Your Memory of
Angela
Upload Your Memory View All Memories
Be the first to upload a memory!